How to watch the Grand National online abroad for free

Interested in streaming the 2019 Grand National live online? It’s easy with a Virtual Private Network (VPN). Today, we’ll let you know what VPNs are, how to watch the Grand National from abroad, and which horses look likely to perform well in this year’s event.
Ian Garland Streaming, Kodi and VPN Expert 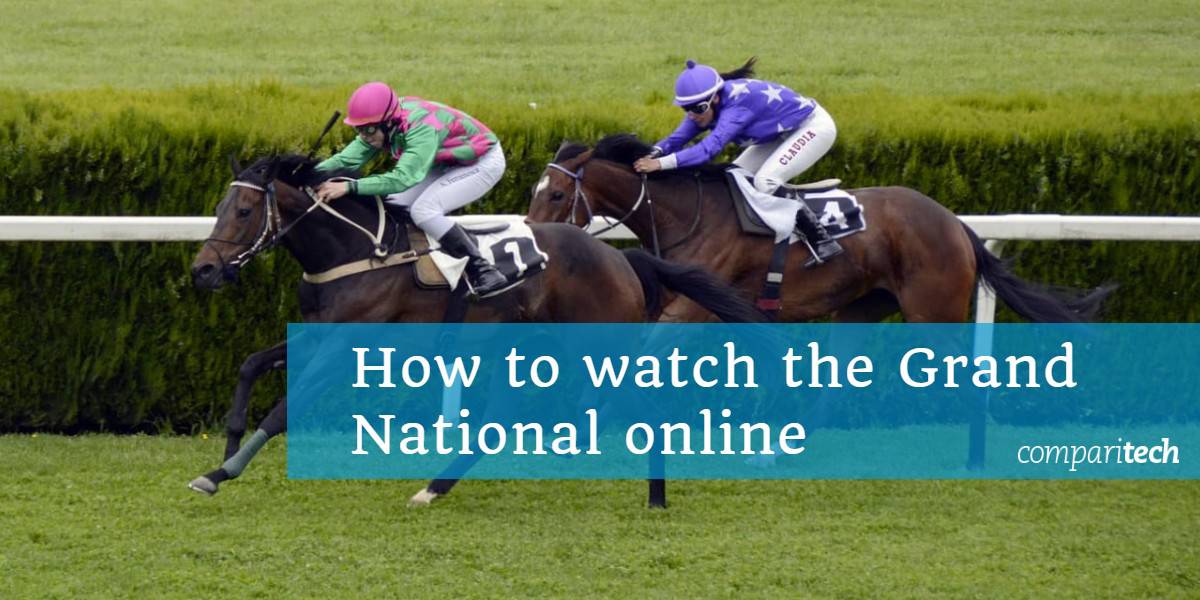 The 2019 Grand National is a three-day event featuring some of the best racehorses the UK has to offer. It’s held at Aintree Racecourse in Liverpool, and this year, will run from April 4 until April 6. While there are a total of 21 events, the one everyone wants to see is the Randox Health Grand National Steeple Chase; with £1,000,000 of prize money at stake, it’s a race only the best of the best can win. Can’t make it to Aintree? Don’t worry: below, we’ll explain how you can stream every Grand National race live online.

You should note that this post will only recommend official Grand National broadcasters. Major sporting events are often available via unofficial streams but we strongly advise against using these. To begin with, the video is often choppy and low-resolution, which isn’t ideal for “blink and you’ll miss it” events like the Grand National. Further, there’s a chance your stream will be taken offline for copyright violation before the race is over. As the Grand National is freely available from official channels, there’s no reason to use unlicensed streams.

Many streaming platforms now use geo-restriction measures to limit their audience to users in a particular country. This means that, to watch from abroad, you’ll need a VPN.

Unblocking geo-restricted platforms from abroad is fairly straightforward once you have a VPN. Below, we’ll walk you through the process step-by-step:

When trying to watch a live event (like the Grand National), it’s a good idea to test your VPN with the steps above well in advance of the start time. This way, if anything doesn’t work as expected, you’ll still have time to get help from your VPN’s customer support team. This also reduces the risk of you missing part of the broadcast.

How to watch the Grand National for free in the UK

The Grand National is hugely popular in the UK, and as such, has highly sought-after broadcasting rights. In the last few years, it’s been shown by the BBC and Channel 4, but from now until at least 2020, you can watch the Grand National live and free-of-charge on ITV.

This means that the events will also be shown live on the broadcaster’s streaming platform, the ITV Hub. This service is free to use, although you will have to create an account before you can watch anything. It’s also worth mentioning that due to the ITV Hub’s regional restrictions, viewers in Scotland (or those connected to a Scottish VPN server) will have to use the STV Player instead. This is functionally identical to the ITV Hub, but requires a separate registration.

You can also stream the Grand National on TVPlayer.com. This site hosts live streams from several free-to-watch UK TV channels including ITV. Like the ITV Hub, TVPlayer, is only available within the UK but it has far less stringent geo-blocking measures, and as such, may be easier to access from abroad.

Finally, every race will be available live on Racing TV. However, as ITV is showing this event for free, there’s really no advantage to signing up. If you’d like to, however, you can purchase a day pass for £10 or a monthly pass for £24.98.

If you’re abroad (outside the UK) you can still watch the Grand National by connecting to a VPN. We recommend ExpressVPN. ExpressVPN includes a 30 day money back guarantee so you can receive a full refund after the races if you don’t want to keep it.

Can I watch the Grand National 2019 online from abroad?

The official Grand National website claims that over 600 million people watch the event every year, of which “8.2 million of those are here in the UK alone”. It’s possible that this first figure comes from the fact that the races used to be shown on BBC Worldwide channels. However, as there are no official international broadcasters this year, overall viewing numbers are likely to decline.

If you’d like to watch the Grand National from outside of the UK, the only way to do so is with a VPN as mentioned above. Simply connect to a British server and you should be able to access the ITV Hub or TVPlayer without any issues. Racing TV presents an additional hurdle for overseas viewers, though, as it requires users to have a payment method registered to a British address.

With 21 races, 12 hours of coverage, and a total of £3,000,000 up for grabs, the 2019 Grand National promises to be a memorable day both for racing fans and the jockeys themselves. Take a look below for the full Grand National schedule:

Which horses are likely to do well?

With 40 horses running in the main race, it’s always going to be hard to pick a winner. However, Tiger Roll is the current favorite, and for good reason. He’s put on a strong showing recently, with a win at Nevan in February and back-to-back successes at Cheltenham and Aintree last year. Then there’s Ms. Parfois: she finished third or above in each of her races in 2018, although came in sixth at Newbury back in December. With 33/1 odds, she has excellent each-way potential and if victorious, will be the first mare to win the Grand National since 1951.

If you’re looking for a slightly riskier pick, look no further than 2017’s Grand National winner, One For Arthur: he generally finishes in the top five but has unseated his jockey in his last two races. Under the watchful eye of veteran trainer Lucinda Russell, however, he may well be back in form by April. Ultimately, whoever wins, this year’s Grand National is sure to be an event we won’t soon forget.