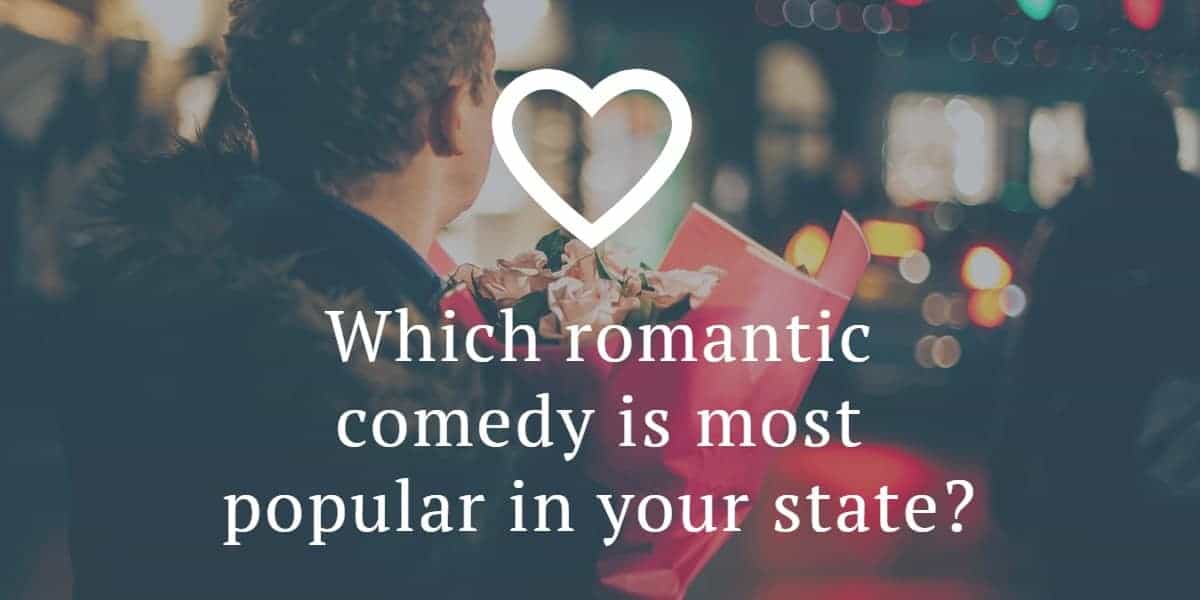 So, with love in the air, we thought we’d investigate which rom-com is most popular in which state. 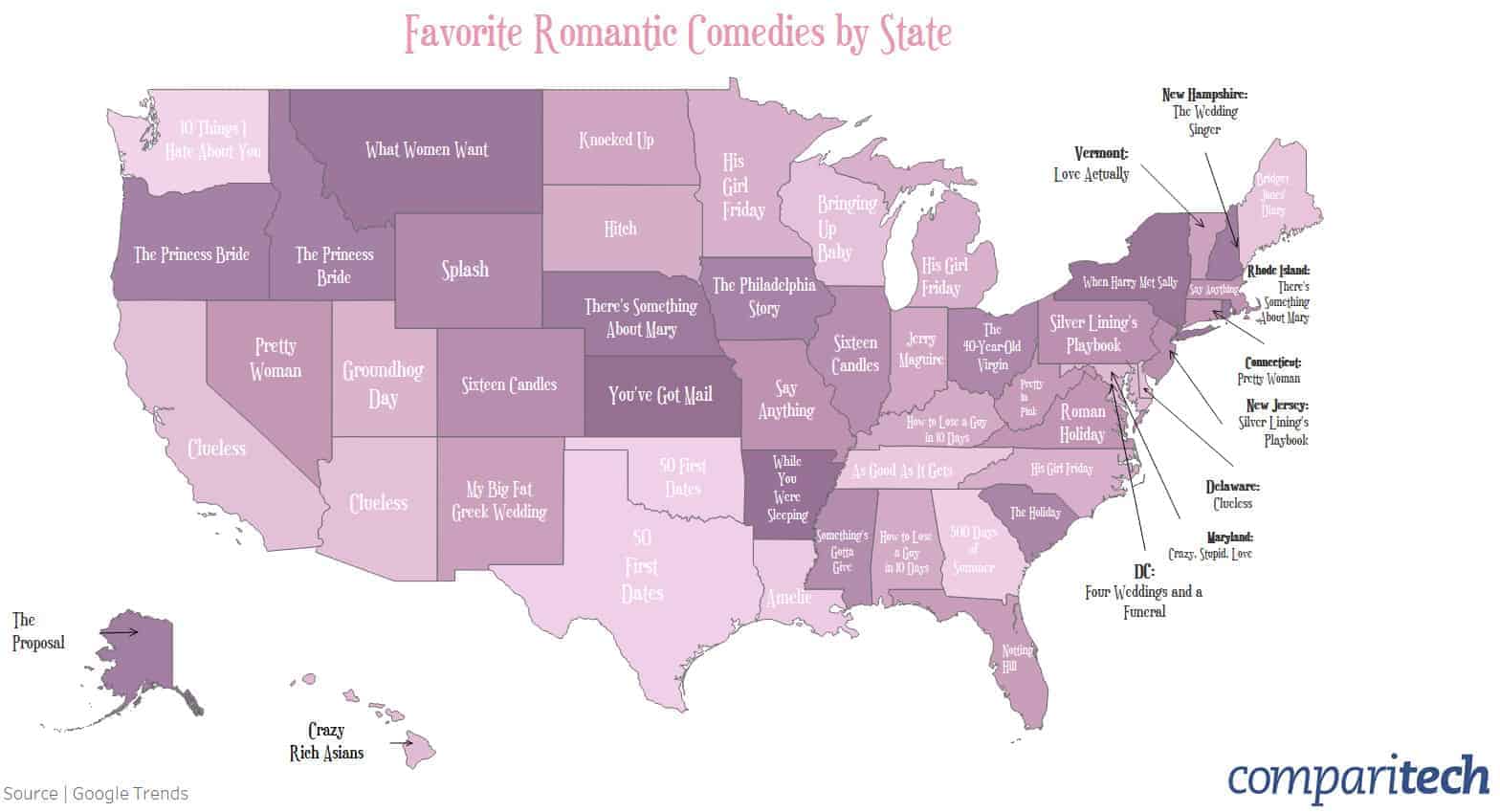 Out of all of the states, the ones that cropped up at the top of the list for more than one movie are Alaska, the District of Columbia, Maine, Utah, and Vermont.

Alaskans love nothing more than a classic. While You Were Sleeping, Enough Said, and Pretty in Pink are all popular there, as is the winner – The Proposal (which, as we see below, is set largely in Alaska). Meanwhile, in the District of Columbia, people can’t get enough of Hugh Grant with Notting Hill also being a popular choice alongside the winner, Four Weddings and a Funeral.

In Maine, Bridget Jones’s Diary is the clear favorite but was closely followed by the likes of Jerry Maguire, The Philadelphia Story, and Something’s Gotta Give. But in Utah, it’s those must-see modern classics that win the day, including Crazy, Stupid, Love, The 40-Year-Old Virgin, How to Lose a Guy in 10 Days, Hitch, and the winner, Groundhog Day.

Finally, in Vermont, Christmas-y classics are the order of the day with both Love Actually and The Holiday being popular watches.

The majority of these rom-coms are from the past four decades, but there are also a handful of older classics that have made it to the top.

Using Google’s list of top romantic comedy movies, we searched each film individually on Google Trends to find which state scored the highest. The top result is the designated film for that state. If any state came up twice, we used the film that was more popular over the last 12 months. If a state didn’t appear top for any of the movies, we searched through all of the films to see which ones came out on top in that state.