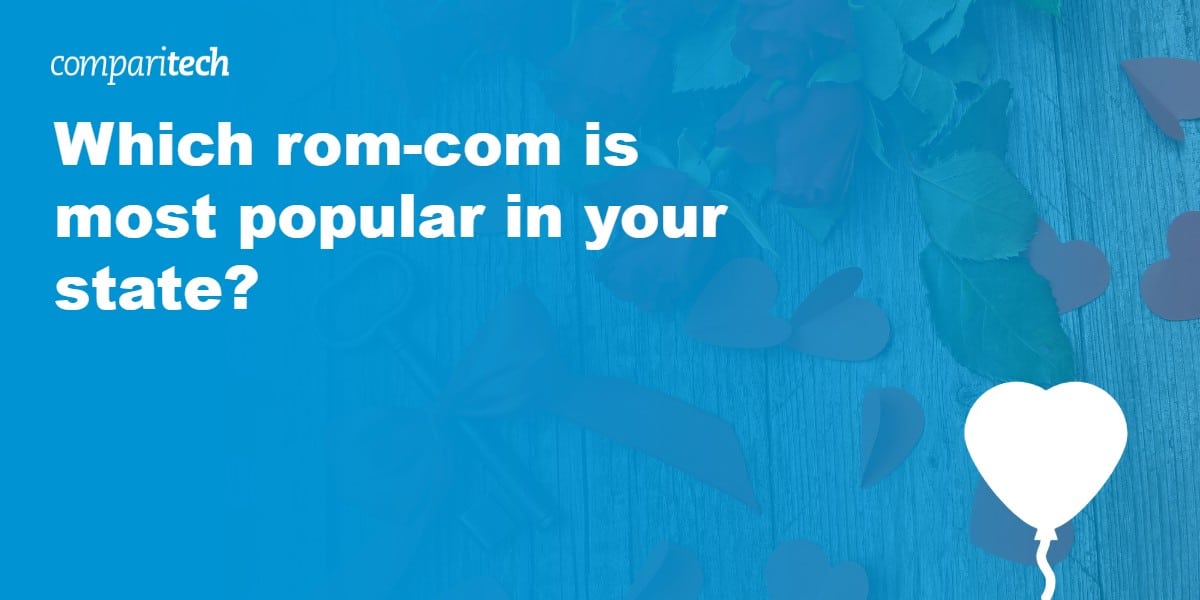 So, with love in the air, we thought we’d investigate which rom-com is most popular in which state.

Fun fact: According to IMDb, the most popular romantic comedy at this moment in time is The Royal Treatment. A new release for Netflix in 2022, perfectly timed for Valentine’s Day.

The plot follows New York hairdresser, Izzy, who jumps at the chance to work at the wedding of a charming prince. As the wedding draws closer, Izzy and Thomas’s relationship builds, but will the wedding still go ahead?

However, if that doesn’t tickle your romantic taste buds, we have a whole list of rom-coms that might be for you this Valentine’s day. 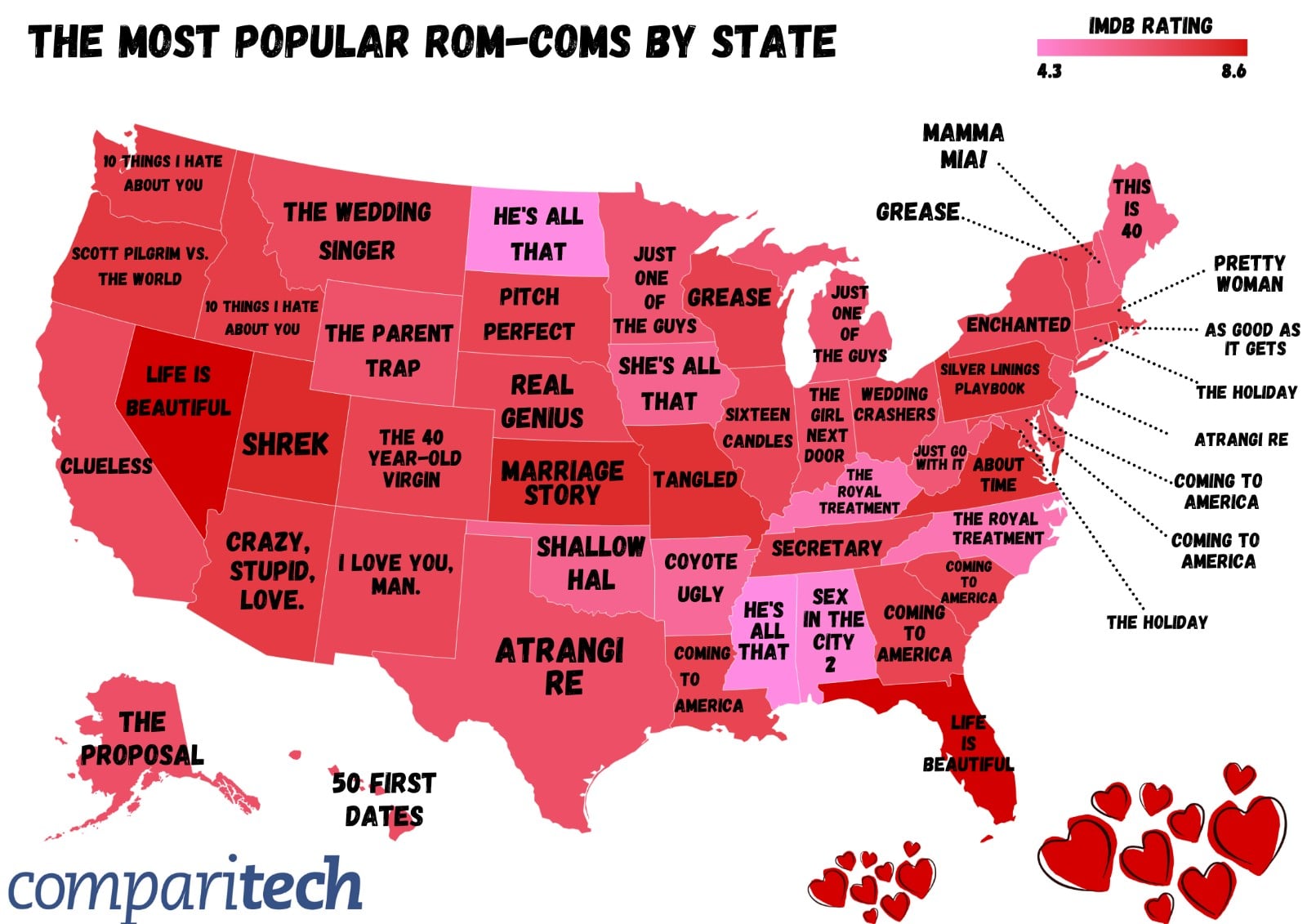 Out of all of the states, the ones that cropped up at the top of the list for more than one movie are Alaska, California, Delaware, the District of Columbia, Hawaii, Maine, Montana, New Hampshire, North Dakota, Oregon, Rhode Island, South Dakota, Utah, Vermont, and Wyoming.

In the District of Columbia, residents are enjoying a mixture of movies, both old and new, favoring the likes of Legally Blonde, Sex in the City 2, Just One of the Guys, and Notting Hill. It also seems like DC residents enjoy romantic Christmas classics a little more than most, with The Holiday being a fan-favorite and Love Actually being the top choice, proving that love really is all around this Valentine’s.

Over in Alaska, people are enjoying Valentine’s day classic, The Proposal, starring Sandra Bullock and Ryan Reynolds. Alaskans also enjoy some newer releases from 2019 including Yesterday (featuring songs from The Beatles) and Marriage Story, a film where a couple’s divorce pushes them to their most personal and creative extremes.

Meanwhile, in Delaware, Coming to America, the 1988 rom-com classic starring Eddie Murphy is still a popular choice, along with other movies that span over two whole decades, The 40-year-old Virgin (2005), Crazy, Stupid, Love (2011), and a new release for 2021, Chandigarh Kare Aashiqui, (a love story between a bodybuilder and Zumba teacher).

In Utah, the winning movie choice is up for debate. Is Shrek really a romantic comedy? You decide… Nevertheless, animated movies seem to be a real hit in Utah, including the 2019 version of Aladdin, 2010’s Tangled, and 1997’s Hercules. Other movies trying for the top spot in Utah include La La Land, She’s All That, Cinderella (2021), About Time, and Singin’ in the Rain.

The majority of the most popular rom-coms are recent, but there are also a handful of older classics that have made it to the top.

Using IMDb’s list of the 80 most popular romantic comedy movies (at the time of writing), we searched each title individually on Google Trends to find which state scored the highest. The top result is the designated title for that state. If any state came up twice, we used the title that was more popular over the last 12 months. Any title that didn’t come up as a topic on Google Trends (i.e. only a search term) was omitted to ensure a fair comparison.