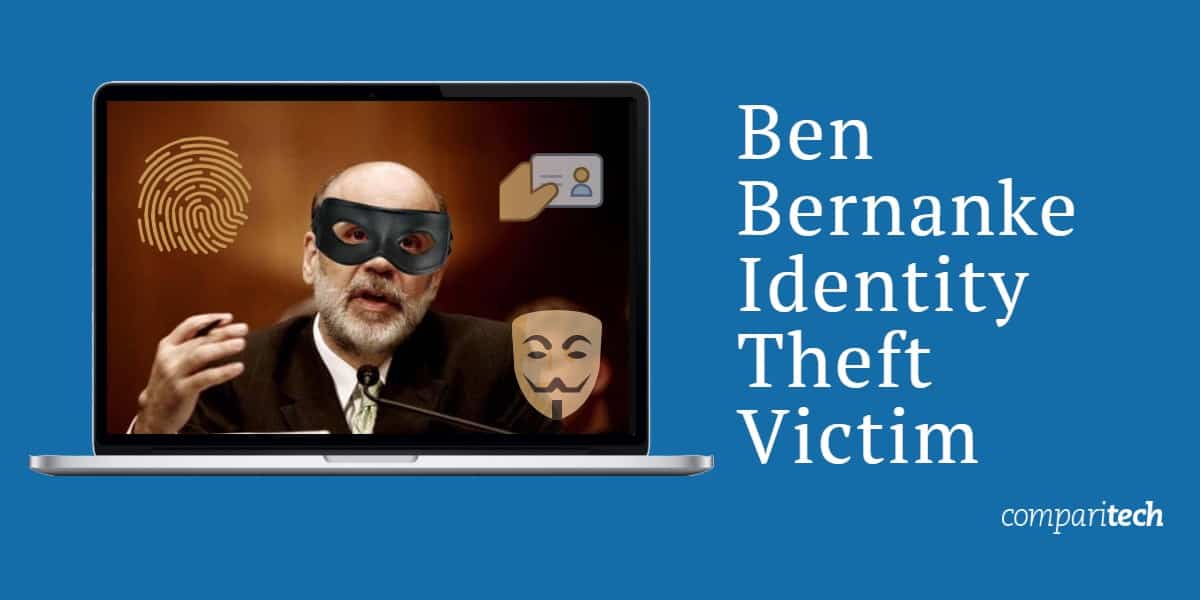 Ben Bernanke is a victim of identity theft. This is proof positive that it can happen to anyone.

Ben Bernanke – the Federal Reserve Board chairman – was one of hundreds of victims of an elaborate identity-fraud ring, headed by a convicted scam artist known as “Big Head,” that stole more than $2.1 million from unsuspecting consumers and at least 10 financial institutions around the country.

How Did It Happen?

On August 7, 2008, Anna Bernanke – Ben Bernanke’s wife – was at a Starbucks when her purse was stolen off the back of her chair.

What Was in Her Purse?

So the thieves had Mrs. Bernanke’s SSN, Date of Birth (from the Driver’s License), home address, and home phone (from the checks). This is the perfect combination of personal data.

It goes without saying that you should never carry your Social Security card in your purse or wallet. It should be tucked away in a very safe place at home or in a bank lock box. You should also limit the number of credit cards you carry. Just think of how many banks you’d like to call and/or fraudulent transactions you want to deal with and limit your cards accordingly.

Who Were the Thieves?

The thieves were part of a crime ring called “The Cannon to the Wiz.” Here is the entry from the Urban Dictionary for “cannon”:

Cannon – Old school term for a skilled pickpocket. “Stumpy is a real class cannon – he can clean out a vic’s pockets faster than a flatfoot can eat a donut!”

These thieves were after personal information as well as checks and credit cards. They worked in government or medical offices or were simple pickpockets or mail thieves. They attended major sporting events in order to target victims with wallets and purses full of loot. One such victim was Donna Pendergast – an assistant Michigan Attorney General. Her experience went like this:

The robber was so adroit he managed to lift the wallet from her purse without her even knowing it. “They took it right out of my purse while it was on my shoulder,” she said. “I didn’t feel a thing.”

Have They Been Caught?

Federal agents busted the identity theft ring this summer, but George Lee Reid – the one who fraudulently used the Bernanke’s checks to steal $9,000 – had the charges dropped against him, but the Feds are now searching for him again on related charges.

More information on this story from Newsweek.