Learn the Signs of Identity Theft 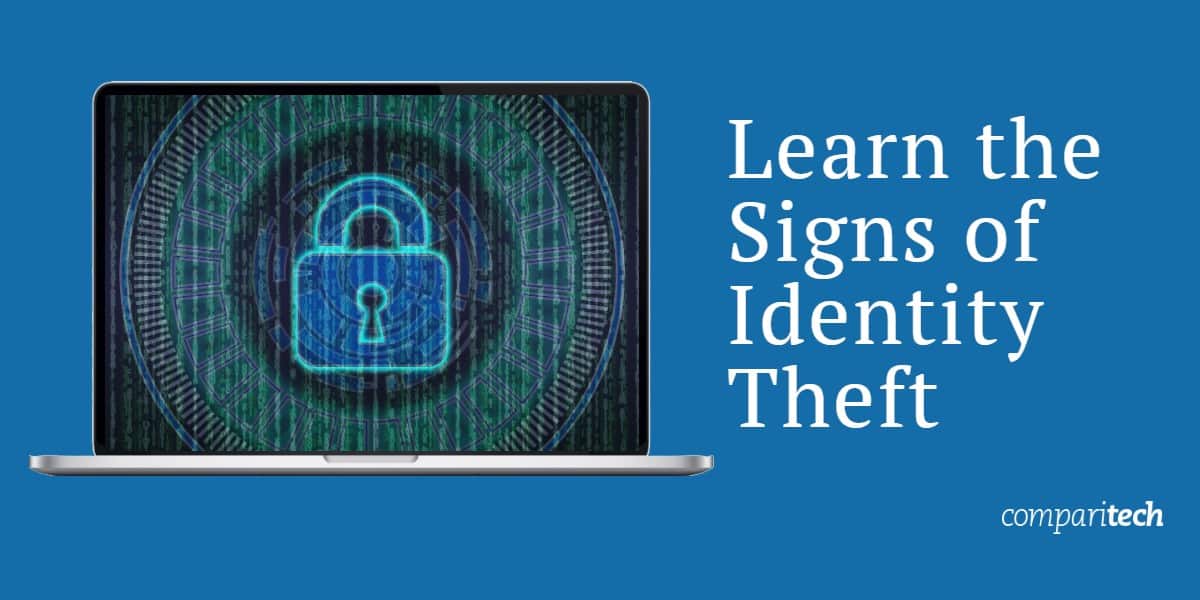 From emptying your bank account to running up charges on your credit card to receiving healthcare in your name, identity thieves can cause all sorts of headaches. What’s more, the longer a criminal assumes another person’s identity, the more damage is done.

According to recent identity theft statistics 6.15 percent of U.S. consumers became victims of identity fraud in 2016, an increase of 16 percent from 2015. All too often, people become victims without even knowing it.

With identity theft complaints on the rise, how can you find out if you’re a victim? By looking out for the following 10 signs your identity has been stolen, you can quickly put a stop to it.

1. Strange bills and bank statements in the mail

Let’s face it; bills and bank statements aren’t the most exciting mail a person receives. Nevertheless, taking the time to open your mail and check that everything is in order can save a lot of trouble further down the line. It only takes finding one suspicious bill or bank statement to realize that your identity may have been stolen. Whether it’s in the form of a small charge on your bank statement or a hefty bill from an unfamiliar service, opening all mail and following up on said suspicions is the smart strategy to take.

2. When you stop receiving bills and bank statements

While receiving strange bills and bank statements in the mail may be a sign that your identity has been stolen, receiving less mail or no mail at all may also be a hint that there’s something amiss. It could mean that an identity thief has succeeded in changing the address on your accounts and is now receiving a lot of sensitive information direct to their door. If you haven’t cancelled a paper bill or statement and are no longer receiving it, check with the provider for peace of mind.

Aside from receiving unusual mail (or suddenly receiving no mail at all), suspicious phone calls are also a sign someone has stolen or is trying to steal your identity. It’s not unusual for criminals to call and pretend to be your bank or electric company when they want to access the information they need to start stealing. Indeed, sometimes they have already stolen some of your information and simply want to trick their would-be victim into giving more details. If you’re ever suspicious about a particular phone number, search it online. You may find out that it’s a well known scam.

4. Calls from creditors and collections agencies

While some calls are outright scams from those who are looking to steal your identity, some are from genuine companies who are requesting payment for a product or service. The problem is that you haven’t actually purchased what it is they’re claiming. Of course, this may be a simple error on the part of the business in question. However, it could also be another red flag that an identity thief has been up to no good. For this reason, it’s sensible to be suspicious and always question phone calls.

In some cases, identity theft becomes apparent quite quickly, particularly when receiving a hefty bill for a product or service that you’ve never even heard of. However, sometimes the signs of identity theft are more subtle, taking the form of a very small test charge in your bank account, for example. Whether you do online banking or receive paper bills, go through your statement and query any unusual charges you don’t recognize. If you don’t, you may find that the identity thief becomes bolder going forward, making much heftier purchases.

6. Having claims and applications rejected

If you’re suddenly being rejected by insurance companies or being charged a significantly higher rate than before, it could mean there’s been someone sinister at work. This may also be the case if your application for a new credit card is turned down or your tax return rejected. Rejection is particularly suspicious if you traditionally have a good credit score. Be sure to check your credit reports at least once a year in order to stay on top of things and investigate any rejections.

Identity theft isn’t limited to paper bills and phone calls. Nowadays, it’s very much ingrained in the digital world, too. Emails and mobile phone texts are just some of the ways in which identity thieves try to steal your personal information. Many such scams purport to be from your bank, for example. If you receive a suspicious email or text, don’t click on any links. In many cases, you can activate two-factor authentication on accounts for an extra layer of security, making it more difficult for hackers to compromise your accounts and personal details.

8. Receiving a new credit card in the mail

9. When your employer flags an issue

Unemployment claims fraud is a common form of identity theft. Should an identity thief find out your employer and your Social Security Number, it is possible for them to collect unemployment benefits. Someone in human resources is likely to discover this and raise the issue with you. Unfortunately, this isn’t always the case and some people have only found out they’ve been victims when they come to claim benefits and found that they’ve already been used up by the identity thief. Should this happen to you, make sure you report the theft immediately.

10. When there’s a warrant out for your arrest

Imagine receiving an arrest warrant for a crime you’ve never committed. Known as criminal identity theft, this is when someone uses another person’s identity upon being arrested for a crime. This often involves having a driver’s license with the victim’s information and photo. The repercussions of criminal identity theft can be severe with some identity theft victims losing their jobs, having to pay lofty legal costs and even going to jail. In the unlikely event that this happens to you, cooperate with the police and don’t hesitate to hire a lawyer.

Simply taking 5 minutes to follow up on even the slightest suspicion can save you a lot of headaches later on. Be sure to use strong passwords, set up two-factor authentication on accounts, and be smart on social media.

How else can you Protect Yourself from Identity Theft?