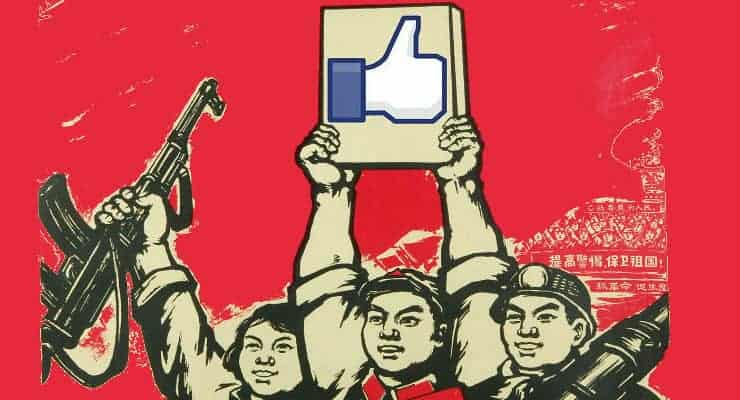 Yes, Facebook is blocked in China. Users who attempt to access the website from the mainland will be greeted with an error page. On the app, the feed will not refresh and users will not receive notifications.

The same goes for Facebook Messenger. Users of the chat app cannot send or receive messages while in mainland China.

Many people in China use VPNs to unblock Facebook and Messenger.

You can access Facebook and Facebook Messenger while in China by connecting to a VPN. Short for virtual private network, a VPN is a service that encrypts all of a device’s internet traffic and then routes it through a server in a remote location of the user’s choice. In this case, you could connect to a VPN server that isn’t blocked outside of China.

It’s important to sign up for a VPN and download the app prior to visiting China. Once you’re there, access to VPN websites and relevant app stores will be censored. To unblock Facebook while in China, follow our quick step-by-step guide below.

VPNs are by far the most common and reliable way to bypass the Great Firewall, the country’s advanced nationwide internet censorship system. But it’s important to note that not all VPNs will work.

ExpressVPN gets our top recommendation and it comes with a 30-day money-back guarantee. It can also unblock region-locked streaming sites like Netflix, Hulu, BBC iPlayer, and Amazon Prime Video. It keeps no logs of your activity and uses the strongest available security measures. ExpressVPN operates servers in 94 countries and makes apps for Windows, MacOS, iOS, Android, Linux, Amazon Fire TV, and certain wi-fi routers.

If ExpressVPN doesn’t suit your fancy, check out our complete list of VPNs that work in China. Be aware that China has caught on to the practice of using VPNs to bypass the Great Firewall. Many VPNs have had their servers blocked.

VPNs are normally paid subscription services purchased on a monthly or yearly basis. Reputable VPN services give users a wide selection of servers to choose from worldwide, unlimited bandwidth, strong security, and no data caps.

Also, note that not all VPN providers offer both mobile and desktop apps. Unless you want to deal with a tedious manual configuration, be sure that the VPN you sign up for makes apps for the devices you wish to access Facebook on.

If you are not a Chinese citizen, then you have very little to worry about. VPNs are not illegal even though Chinese authorities do what they can to prevent access to them. Likewise, accessing Facebook is not illegal; it’s just censored.

If you write posts or comments on Facebook critical of China or its leadership, then you might face repercussions. But as long as you’re not on social media campaigning against the Communist Party, then you should be fine.

Facebook was first blocked in China in 2009 following a series of riots in the western capital of the Xinjiang province, Urumqi. Independence activists mainly made up of minority Muslim Uyghurs, reportedly used Facebook as part of their communications network.

Facebook has been blocked ever since. As a western social media company, Chinese authorities have no control over the content of the site. Furthermore, users in western countries could freely communicate with users in China. Messenger communication is encrypted and cannot be deciphered if intercepted. For these reasons, Facebook is perceived as a threat that could undermine Communist Party rule in China.

Thousands of websites and apps are blocked in China today.

Is Facebook blocked in Hong Kong, Taiwan, and Macau?

No, Facebook is not blocked in Hong Kong, Taiwan, or Macau. All of them grant full access to the internet with very few limitations. A VPN is not needed to access Facebook, although if you’re traveling to one of these places, you might still want a VPN for security reasons.