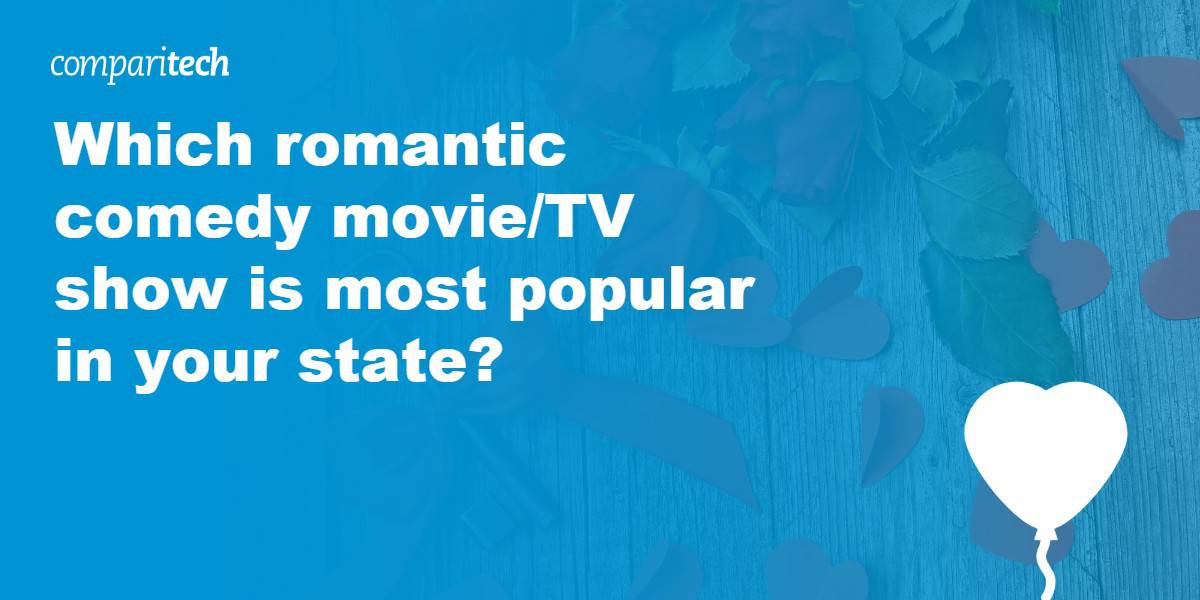 So, with love in the air, we thought we’d investigate which rom-com is most popular in which state. But this year, we’ve added TV shows into the mix to see where everyone’s getting their love and laughs from.

Fun fact: According to IMDb, the most popular romantic comedy (TV and film) at this moment in time is Groundhog Day. Perhaps watching someone else battle their way through the same day is providing the light relief we all need amid the current pandemic!

Phil: “What would you do if you were stuck in one place and every day was exactly the same and nothing that you did mattered?”

Ralph: “That about sums it up for me.”

Out of all of the states, the ones that cropped up at the top of the list for more than one movie are the District of Columbia, Massachusetts, New Hampshire, North Dakota, Utah, and Vermont.

In the District of Columbia, residents are enjoying a mixture of the classics as well as all of the latest rom-coms, favoring the likes of Coming to America, Will & Grace, Bridesmaids, and Search Party. But the standout winner in DC is Emily in Paris, one of the hottest new TV shows to hit Netflix in the past year.

Over in Massachusetts, people are mostly binging This Is Us, with some other new releases, i.e. Palm Springs and Modern Family, to go with it. While over in New Hampshire, Big Mouth is the order of the day — but not before an episode or two from across the pond. The UK’s longstanding and popular TV show, Doc Martin, is also a favorite for New Hampshirites. A taste of the British is also popular in Vermont where the 2019 movie, Yesterday (featuring The Beatles), and the TV show, Last Tango in Halifax, are a must-watch.

In North Dakota, nothing screams rom-com more than the cheesy TV classic, Saved by the Bell, but the real guilty pleasure there is Pitch Perfect. Utahns also favor TV classics with Friends being the must-view rom-com alongside Mama Mia! Here We Go Again, Clueless, and About Time.

The majority of these rom-coms are recent, but there are also a handful of older classics that have made it to the top.

Using IMDb’s list of the 75 most popular romantic comedy TV shows and movies (at the time of writing), we searched each title individually on Google Trends to find which state scored the highest. The top result is the designated title for that state. If any state came up twice, we used the title that was more popular over the last 12 months. Any title that didn’t come up as a topic on Google Trends (i.e. only a search term) was omitted to ensure a fair comparison.