CCNA Routing and Switching vs CCNAX 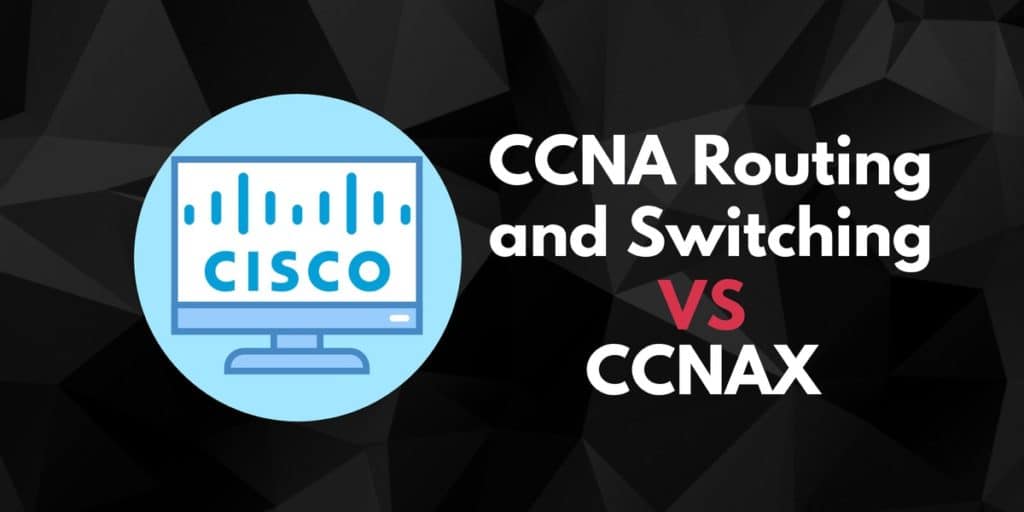 Almost every aspiring network administrator and established professional has heard of the CCNA Routing and Switching certification. The CCNA has stood as a rite of passage into the administrative community and is among the most important entry-level networking qualifications of all time. It proves that a CCNA has the ability to configure, monitor, and maintain Cisco infrastructure as well as display general networking knowledge.

One of the reasons behind the CCNA’s reputation and longevity has been its insistence on making CCNAs re-sit every 3 years. By doing this, Cisco makes sure that their CCNAs retain the information on the exam and show that the qualification does hold a tangible value.

However, it is easy to forget that there are two different ways to achieve the CCNA certification. The first is to prepare for the full 200-125 CCNA exam with the CCNAX or The Interconnecting Cisco Networking Devices: Accelerated path. The second route is to split the CCNA Routing and Switching certification into two exams; The ICND1 and ICND2 exams.

In many ways, the best path for you is dependent on your personal preferences. Taking ICND1 and ICND2 is the default avenue most people choose to go. The reason for this is that it is easier to break down topics and prepare for two exams than it is for one. You can get the basic concepts of the ICND1 under your belt before jumping into the ICND2 exam.

However, the other side of the coin is that preparing for two exams is going to involve more preparation. The CCNAX allows you to rip the band-aid off and get your examination out of the way in one swoop. Where the CCNAX does have the advantage is speed. The CCNAX has a recommended course time of five days compared to the ten it would take to complete an ICND1 and ICND2 path. The CCNAX is thus the better choice if you want to get certified ASAP.

The price difference between the two is stark. With the CCNAX 200-125 costing $325 (£252). In contrast, the ICND1 and ICND2 exams cost $165 (£128) dollars each. The two routes are practically the same in cost so it makes sense to choose your route based on how intensively you want to study.

Which is More Difficult?

One of the most important things to know about the ICND1 and ICND2 exams is that these are effectively split into a simple and a complex exam. The ICND1 examines your conceptual knowledge of networking whereas ICND2 examines more detailed concepts and practical knowledge (we’ve outlined some of the course content below for you to get an idea of how they stack up).

Why Would Someone Take the CCNAX?

Given that the CCNAX is the harder of the two paths it is fair to ask why anyone would opt to take this by choice. There are a few reasons why and principal among these is that candidates are certain they will pass. There are many cases where network administrators or engineers need to achieve certification to meet a job requirement and opt to take the CCNAX because they are confident in their knowledge.

In this sense, it makes sense for an experienced candidate to take the CCNAX because it allows them to get certified ASAP. For these knowledgeable individuals, the two-exam route would be too time consuming and pointless.

Why You Shouldn’t Take the CCNAX

Unless you’re absolutely certain that you could pass the CCNAX then you’re probably better off doing the ICND1 and ICND2 exams instead. One of the most basic reasons for this is cost. The cost of failing the ICND1 isn’t as problematic as failing the CCNAX. If you fail the CCNAX you’re going to have to pay a much higher price than you would for re-sitting the ICND1. Add to that the likelihood of your failing the ICND1 exam is lower and it becomes clear why this path is the most popular for newbies.

The second reason has to do with actually acquiring knowledge. If your knowledge of networking is rudimentary then you’re going to need to take time exploring concepts in detail while you learn. Skirting through concepts at the speed of light isn’t going to be good for your exam grade or your knowledge down the line. Taking the ICND1 and ICND2 allows you to take your time and learn topics thoroughly before taking the exam.

Here is a list of some of the  topics you will be expected to be knowledgeable of ahead of the 200-125 exam:

There are a number of different pros and cons that come with whatever path you choose to take. The CCNAX is a mixed bag whether you’re new to administration, or you’re an established professional. Some of the advantages and disadvantages of taking the CCNAX path can be found below:

Which Path is Right for Me?

As mentioned above, the path you choose should be based on your personal preferences. However, don’t be fooled by the lack of prerequisites needed to take the CCNAX route because preparing for the 200-125 exam in 5 days will be an exhaustive process. However, if you have significant experience with Cisco products and are a  knowledgeable administrator, the CCNAX is the fastest track to certification available.

If you’re at the start of your career and aiming for working in entry-level positions then the two-exam route is likely to be the better choice. By splitting the exams up you’ll be able to take your time and complete your certification in smaller steps. It is not recommended that entry-level candidates attempt to go the CCNAX route because it is simply too intensive. Without the required experience you’re likely to struggle.

The content of the CCNAX exam is literally a combination of ICND1 and ICND2. This means that if you go down the CCNAX path to certification you’re going to have to know lots more information on the day.

That concludes our comparison of the CCNA Routing and Switching (ICND1 and ICND2 route) and the CCNAX. At the end of the day, no matter what route you choose to take you will achieve the same CCNA Routing and Switching Certification. However, if you want to make things easier on yourself then we recommend going the two-exam route with the ICND1 and ICND2.

This will allow you to take your time to learn networking concepts thoroughly rather than attempting to rush through all the course content of the CCNAX in one go. If you’re a fast learner or time is of the essence then you might want to take the CCNAX instead. Remember that if you fail you’re going to have to re-sit which will take up even more of your time and money with $325 (£252) each attempt!

One of the tricky things about deciding which path to take is that it is very unlikely you’ll be able to find someone in your professional network who has taken both the CCNAX and the ICND1/ICND2 path. Given that both paths offer the certification you’re unlikely to find anyone in your professional network who has experience with both. As such it is on you to decide which route is best for you.

See also: Starting a Career in Cyber Security: A Guide for Veterans