What Is a Directory Traversal Attack and How to Prevent it?

Directory traversal attack has been the cause of numerous security vulnerabilities and breaches. We show you how to detect and prevent it.
Amakiri Welekwe Technology Advisor | Cybersecurity Evangelist 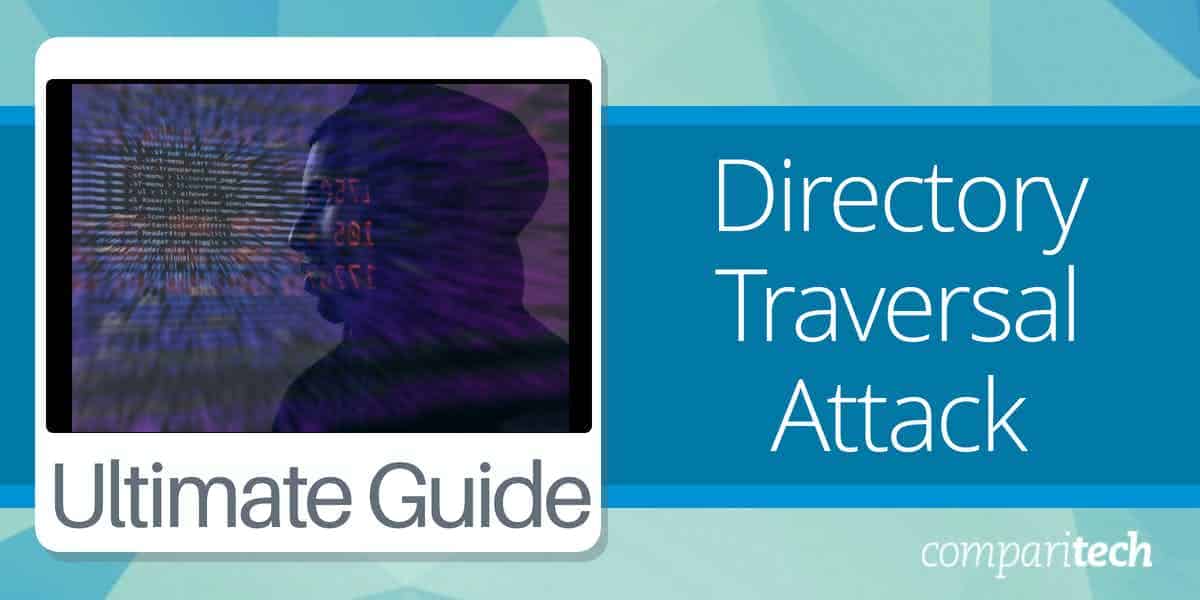 Just as the name implies, a directory traversal occurs when you can traverse (move across or through) in and out of your current directory into the parent directory or other nearby directories.

Directory traversal vulnerabilities are simply loopholes in an application that allows unauthorized users to access files outside a restricted directory structure. Traversal loopholes are among the most common problems found with any protocol that maps user requests to local file paths. It has been the cause of numerous Microsoft security vulnerabilities. These loopholes can easily be exploited to launch directory traversal attacks.

A directory traversal attack aims to access files and directories that are stored outside the immediate directory. By manipulating variables that reference files with “dot-dot-slash (../)” sequences and their variations or using absolute file paths, it may be possible to access arbitrary files and directories stored on file systems. The dot dot slash or “../” tells the file system to move one level back towards the root (home) directory. For instance, the code “a/b/c/../” means the file system navigates to “a/b/” without using the full path. This allows you to find other files from different folders without knowing and using the full path to those files.

How Does a Directory Traversal Attack Work?

Directory traversal attacks can be efficiently executed if there are inherent vulnerabilities in the configuration of web servers, File Transfer Protocol (FTP) servers, or hosted applications. For example, consider a scenario where a university IT department decides to adopt FTP to allow students and researchers to upload their research work to the university web portal. FTP software was chosen because it supported large file uploads and transfers that are otherwise impossible with email and popular file-sharing programs.

The IT department configured the FTP server to allow users to upload and access files in their home directories. Steve (a computer science Ph.D. student) was given an account on the university FTP server and was told to use it to upload his research work on the university portal. When Steve first connects to the FTP server, he notices that his current directory has been set to /root/research_projects/steve. Out of curiosity, he attempts to change his working directory to /root/research_projects to see what’s in there. But unfortunately, the FTP server responds with an “Access Denied” message almost immediately; apparently, this was deliberately implemented by the  IT department to prevent users from snooping around on the university server.

But unfortunately, the university system running the FTP service seems old and vulnerable to directory traversal. Secondly, the FTP server also supports parent paths, which reference the unique “../” directory name. This allows anyone to run and execute the “../” special character, always telling the system to point to or traverse up the directory above the current one.

Being a computer science research student, Steve realizes this and tries to apply the technique on the university’s FTP server. To his amazement, the FTP responds with an “OK.”  This allows Steve to see all of the files and directories in the /root/research_projects. Suppose Steve is a malicious actor and continues to the /root directory. In that case, he might also be able to access system files, including encrypted password hashes of all users on the system, which he can easily crack using a brute-force attack to view the contents.

This same type of scenario could play out in websites, web applications, web servers, and other systems running applications with directory traversal vulnerability, even if the host web server is fully patched and up-to-date. This in-a-nutshell is how a malicious actor can exploit directory traversal vulnerability to steal sensitive information or database credentials from web servers and hosted applications. However, the process can be a lot more complicated than that.

In most operating systems, null bytes such as “%00” can be injected to terminate filenames or extensions. For example, sending commands such as: ?file=commentary.doc%00.pdf to a vulnerable web application will result in the application seeing a string that ends with “.pdf,” and the operating system will see a file that ends in “.doc.” Attackers use this trick to bypass validation routines. URLs such as http://university.com/get-files?file=list that accepts input from users serve as a potential doorway to directory traversal attacks. An attacker may take advantage of such loopholes to inject malicious strings as the user input parameter to access files located outside the current directory. For example:

A typical example of vulnerable application code is the PHP script shown below:

An attack against this application could be to send the following HTTP request:

The ../ characters after /root/accounts/info/commentary/ has caused the include() function to traverse to the root directory, and then include the Linux password file /etc/passwd.

What can an Attacker do if Your System or Application is Vulnerable?

Suppose a web server or web application is vulnerable to directory traversal attack. In that case, the attacker can exploit the vulnerability to compromise the confidentiality, integrity, and availability of the system or data. For example, the attacker can compromise the system’s secrecy by gaining unauthorized access to the root directory and stealing sensitive information such as system configuration, password files, database credentials, and much more. The attacker can also execute powerful commands on the webserver, leading to a data breach or a complete compromise of the webserver.

Attackers may use directory traversal to compromise the system’s integrity by modifying critical files such as programs files, libraries, source codes, or even financial or health records, as the case may be—which usually require high data integrity.

Worse yet, an attacker may use directory traversal to gain complete control of the server and possibly delete applications or critical system configuration files, causing potentially irrecoverable damage to your system and making it unavailable to users.

How Can You Test and Detect Directory Traversal Vulnerabilities?

Input vectors enumeration: Detecting attack vectors in IT systems is called enumeration. Input vector enumeration is the systematic evaluation of each input vector to determine which part of the web application is vulnerable to input validation bypassing.  To do this, the tester needs to itemize (enumerate) all aspects of the application that accept input from the user, including HTTP, GET and POST calls, file uploads, and HTML forms. Some of the critical questions and checks to consider at this stage include:

Testing Techniques The next stage of the testing process is to analyze the input validation functions present in the web application. This involves a systematic evaluation of various attack techniques used by an attacker to exploit and uncover inherent flaws. There are different web application testing techniques you can use to discover these vulnerabilities. Some may involve a white box, black box, or grey box testing as the case be. OWASP provides a detailed guideline on directory traversal vulnerability testing for web applications (web servers are not covered). Some of the popular testing techniques you can use include:

With the techniques described above, you can quickly test and detect directory traversal vulnerabilities in your web applications. However, this may require the services of a skilled pen tester. If you already have an existing web application, and you want to quickly find out if it is vulnerable to directory traversal attack or not, you can begin by inserting relative paths to files known to exist on your web server, such as ../../../../../../etc/passwd on Linux servers. You’d also have to check if the system is vulnerable to tricks such as ../ removal using percent-encoded values such  %2e%2e%2f and file extension checking by sticking a null byte such as  %00 before inserting the valid extension. As you would imagine, this can be technically tasking for most people. This is where web vulnerability scanners come into play.

How Can You Prevent Directory Traversal Attacks?

To prevent directory traversal attacks, you must first ensure that your web servers and hosted applications are up-to-date and that all patches have been applied. You don’t want to be caught running an old, vulnerable web server; otherwise, none of the recommendations below will help you even if you use a web application firewall (WAF).

Secondly, directory traversal vulnerabilities and attacks can be easily prevented by adhering to secure coding practices during the software development process. Developers must ensure that user inputs are effectively filtered. User input sanitization libraries should be used when writing application codes. This involves proper user input validation, including filtering metacharacters from the user input and removing everything but the known good data. This will ensure that only what should be entered in the field will be submitted to the server.

User input filtering and validation should be part of the software development lifecycle (SDLC) for applications being actively developed. Developers and testing teams should be trained to identify and prevent such vulnerabilities early in the development process. Other ways to prevent directory traversal attacks are as follows: