If you’re an NFL Game Pass user, you will likely experience blackouts when trying to stream your NFL games. Below, we’ll give you a step-by-step guide on how to bypass NFL Game pass blackouts using VPNs.
William Elcock 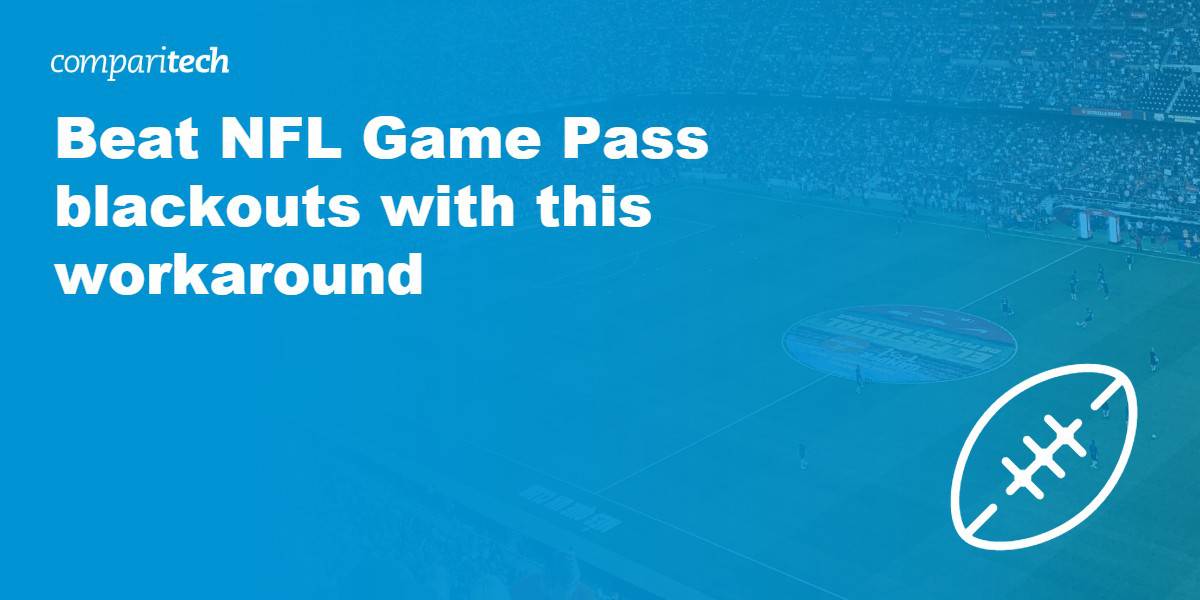 NFL Game Pass is an online streaming service that allows subscribers to stream the entire line-up of NFL season games either live (depending on your location) or on-demand. Whether it’s regular season games, the Pro Bowl, or the 53rd Super Bowl which will be held on Sunday, February 6th, 2022, you can watch it all using an NFL Game Pass subscription.

Due to broadcasting restrictions, if you are located in the US or one of its territories, you won’t be able to watch regular and post-season games live with NFL Game Pass. You will have to rely on replays. Some restrictions also apply for users in the UK and Ireland.

Note that the US subscription does not offer live games at all. If you have a US subscription and you want to have access to live games then you may want to consider purchasing a new subscription from a country outside of the US, UK, or Ireland. That’s because every other supported country provides full, unrestricted NFL access, including live streams of every game.

A proven way to access geographically blocked content on subscription services is to use a Virtual Private Network (VPN). VPNs reroute your internet connection through an encrypted tunnel to a server in a location of your choice. This helps beat geographic restrictions and offers significant security benefits.

NordVPN is offering a fully-featured risk-free 30-day trial if you sign up at this page. You can use the VPN rated #1 for NFL streaming with no restrictions for a month—great if you want to beat blackouts or use the service while on a trip abroad.

There are NFL Game Pass restrictions if you are located in the US, a US territory, the UK, or Ireland. American fans can’t watch their local team’s matches, for instance, while those in the UK and Ireland can’t stream a couple of Sunday night matches live (though these are made available the following day).

The table below outlines what your options are for using a VPN with NFL Game Pass. You’ll be able to log into different Game Pass libraries with one account, but you may need to purchase additional streaming access from the service, especially if you’re trying to bypass blackouts in the US.

How to Watch NFL Games online for free

While you won’t be able to watch all NFL games for free, there are a couple of options for catching some games for free. These options are completely free and don’t require signing up for a paid service. If you’re abroad, however, you will need access to a VPN.

You can watch some NFL Thursday night games for free through Twitch even without having an Amazon Prime subscription (since Twitch is owned by Amazon).

Some NFL games are available to watch on mobile devices via the following methods:

YouTube TV offers a few channels that show NFL games. These include Fox, CBS, NBC, and ESPN. In addition, there is a free trial available with YouTube TV. The free trial is valid for 14 days.

Hulu offers a seven day free trial that can allow you to watch NFL games by tuning into channels that broadcast games. These channels include CBS, ESPN, Fox, and NBC.

Is it possible to beat NFL Game Pass blackouts with a free VPN?

Free VPNs appear like a good deal on the surface. However, using a free VPN with the NFL Game Pass service isn’t recommended for a few reasons. The most obvious and immediate reason is that free VPNs tend to have subpar speed and network size, and most won’t unblock streaming services like NFL Game Pass. However, there are other reasons you should be wary of using a free VPN.

Some services keep logs and even place ads in your browser to make money. In addition, they don’t usually give users a lot of server options. Moreover, free VPNs usually have very low data caps. This is not ideal for streaming video, as you’ll hit that cap pretty quickly, especially if you try to stream in HD.

Some free VPN software tools have also been proven to carry malware that infects users’ devices and steal data. Due to all of these reasons, it would be worth your while to check out the paid options instead.