Looking to watch the Rugby World Cup Quarter-finals 2019 online for free? We’ll explain what time and channel these matches are on, and also let you know how you can watch Wales v France from anywhere using a Virtual Private Network (VPN).
Ian Garland Streaming, Kodi and VPN Expert 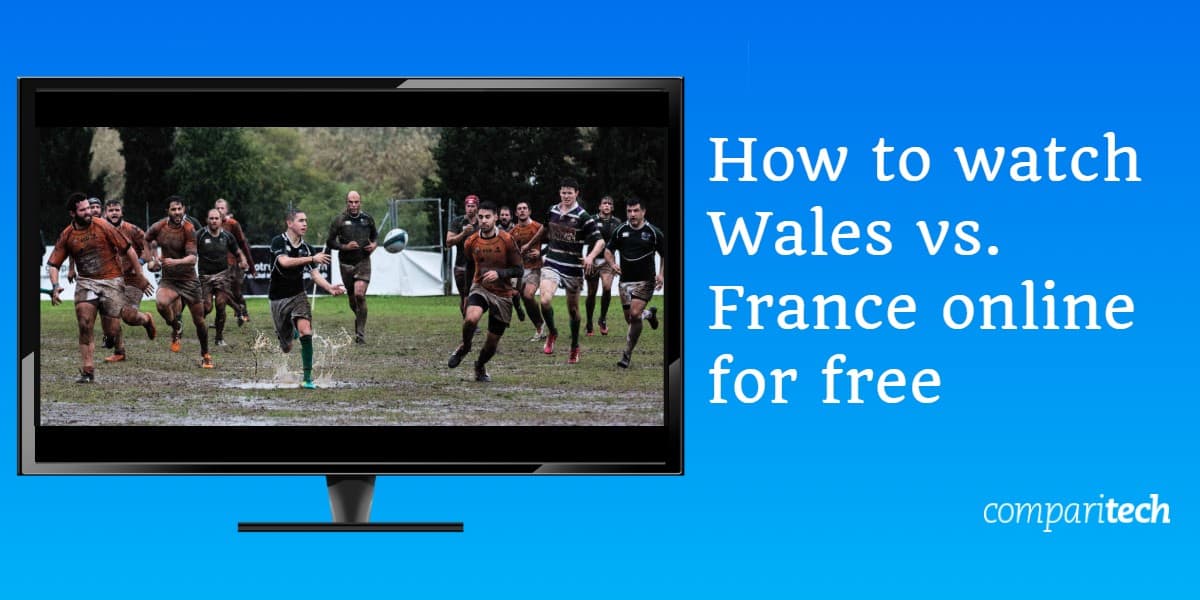 The third Rugby World Cup Quarter-final (Wales v France) will take place at 8:15 AM BST (3:15 AM EST / 4:15 PM JST) on October 20. If you don’t fancy getting up so early on a Sunday, most of the platforms below will allow you to stream the match on-demand later the same day. Read on to find out how to live stream Wales v France for free, from abroad.

It’s important to note that we’ll only be recommending official Rugby World Cup broadcasters. Although unofficial streams may be available, these often only provide laggy, low-resolution video. Further, they can be taken offline at any moment for copyright infringement. With so many legitimate ways to watch (many of them completely free), there’s no reason to resort to unreliable, unauthorized streams.

The Wales v France fixture will only air on region-locked streaming services. This means that you’ll need a VPN to watch if you’re outside of a supported country.

How to watch Wales v France online from anywhere

So what is a VPN and how can it help you? Well, VPNs allow you to connect to servers in other countries, changing your IP address and tricking region-locked sites into letting you use them abroad. This sounds complicated but it’s actually quite simple; just follow the steps below.

Here’s how to watch Wales v France online for free (from anywhere):

The Wales v France game will be broadcast live, so it’s worth taking a few minutes beforehand to test your VPN. This way, you’re less likely to miss the start of the match since you’ll have plenty of time to get help from your VPN’s customer support team, should you need it.

How to watch Wales v France for free on UK TV

ITV is broadcasting every Rugby World Cup game, including Wales v France. This is good news since it means that rugby fans can stream the entire tournament for free on ITV Hub. There’s no need to worry about missing a match either, as ITV Hub makes previously-aired content available for up to 30 days on-demand.

If you’d prefer, you can stream this game with Welsh-language commentary on S4C. This channel is available, free of charge, on BBC iPlayer.

British law requires you to have a TV license to use BBC iPlayer, or to stream anything online as it’s shown on TV. Despite this, neither ITV Hub nor BBC iPlayer actually check whether you have one, instead relying on an honor system. It’s worth noting that no license is required if you only plan to watch Wales vs. France on-demand via ITV Hub.

The above services are region-locked and only available in the UK. As such, you’ll need a VPN to use them abroad. Don’t have a VPN yet? ExpressVPN comes with a 30-day money-back guarantee, allowing you to stream the Wales v France rugby match risk-free and claim a full refund if you’re unsatisfied.

Where else can I watch the Rugby World Cup Quarter-finals online?

If you’d like to stream the Wales v France rugby match from outside the UK, you have plenty of options. Read on to find out which networks are showing the Rugby World Cup Quarter-finals where you are:

TF1 will be broadcasting this match across France, Monaco, and various other French-speaking locations such as Belgium, Luxembourg, Switzerland, and Andorra. While this service is completely free, users are required to create an account. However, this is easy and can be done in under a minute, after providing a French postal code (any will work).

This streaming service is geo-restricted, so unless you live in a French-speaking region, you’ll need a VPN to access it.

NBC has exclusive Rugby World Cup broadcasting rights in the US. Although select matches are available for streaming free of charge with a cable TV subscription, Wales vs. France isn’t one of them. To stream this game online, you’ll have to use NBC Sports Gold.

In a transparent attempt to get users to pay for the Rugby World Cup pass ($199.99), NBC has decided to charge $29.99 USD for a single game pass. With just a few games remaining of the tournament, neither of these represents particularly strong value, especially given the same content is available elsewhere for free.

NBC is geo-blocked outside the US, so you’ll have to either be in the US or connected to an American VPN server to use it.

Canadian fans can stream the Wales v France game and every other 2019 Rugby World Cup fixture live on TSN. Better still, if your cable TV subscription already includes these channels, you’ll be able to watch at no added cost.

Don’t worry; it’s also possible to watch Wales v France online without cable. TSN offers an online-only service called TSN Direct that costs $4.99 CAD for a daily pass or $19.99 for a monthly one. However, to sign up, you’ll need a payment method linked to a Canadian address.

TSN is only available in Canada. Despite this, subscribers can still access the service abroad by connecting to a Canadian VPN server.

Wales v France will air at 6:05 PM AEST on Fox Sports. If you’re already a Foxtel TV customer, you’re in luck: just log in to the Foxtel Go app and you can start streaming right away at no added cost. If you don’t have cable TV (or are with a different provider), you can still watch on Foxtel Now.

This service starts at $25 AUD per month, but the sports channels are an extra $15. It’s worth noting, however, that Foxtel Now comes with a 10-day free trial and during this time, you can watch any channel you like. This is almost long enough to watch the remainder of the tournament, and if you don’t want to keep the service, you can just cancel to avoid being charged.

Foxtel Go and Foxtel Now are both region-locked. To use them, you’ll have to either be in Australia or using a VPN.

If we didn’t mention your country above, don’t panic! The 2019 Rugby World Cup is being broadcast all over the world, so there’s still a strong chance you’ll be able to watch. Check out the official list of Rugby World Cup broadcasters to find out which networks are showing the Wales v France match in your country.

Wales is the favorite for this match, but at first glance, it’s not entirely obvious why. After all, both teams are unbeaten so far, and historically, Wales only has a 51.55 percent win rate against the French national squad.

However, Wales is currently ranked number two in the world, while France is only eighth. Additionally, the Welsh side has played extremely well, seeing off threats from major rival Australia and dominating every other opponent they’ve faced. Meanwhile, France was forced to scrape wins against Argentina and Tonga, arguably two of the weakest squads in the pool. Barring a major upset, the Welsh side look almost certain to win this one.