Want to watch Wales v Georgia live online? Below, we explain how to live stream Wales v Georgia for free and how to watch the Rugby World Cup from abroad with a Virtual Private Network (VPN).
Ian Garland Streaming, Kodi and VPN Expert 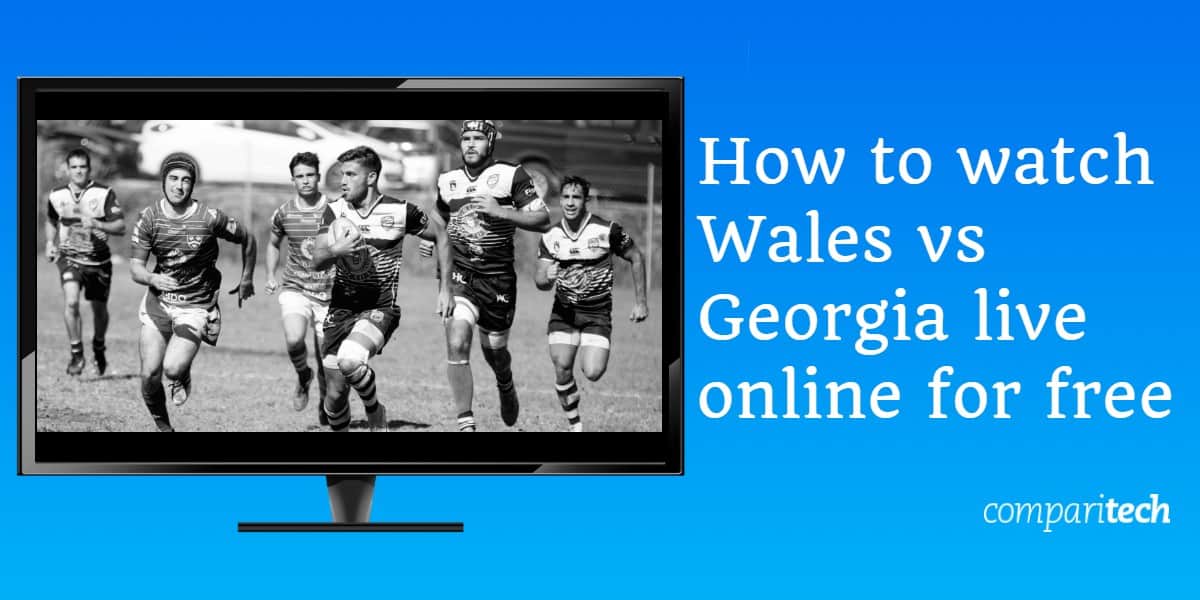 Wales will face off against Georgia at 6:15 AM EST (3:15 AM PST / 11:15 AM BST) on September 23. If this is too early for you, don’t worry: most of the platforms showing Wales v Georgia will allow you to watch the match on-demand for up to a month afterward. Read on to find out how to live stream Wales v Georgia for free, from abroad.

Note that this post will only recommend official broadcasters. While unauthorized streams are often available for major sporting events, we strongly advise against using them. The video is usually very low-resolution and such streams are prone to excessive amounts of lag. Further, unlicensed streams can be taken down partway through for copyright violation. Since the Wales v Georgia match will be broadcast for free anyway, there’s no reason to resort to shady, unauthorized streams.

This game will only be shown on region-locked streaming services. As such, you’ll need a VPN to watch if there’s no official broadcaster in your country.

How to live stream Wales v Georgia abroad with a VPN

VPNs can seem intimidating at first but they’re actually quite simple to use. Follow the steps below to unblock and watch the Wales v Georgia game live online.

Wales v Georgia will be shown live, so it’s important you take a few minutes to make sure your VPN works ahead of time. This approach ensures that you’ll have time to get help from your VPN’s customer support team if needed, preventing you from missing part of the game due to last-minute technical problems.

How to watch Wales v Georgia for free on UK TV

There are actually two broadcasters showing the Wales vs. Georgia match in the UK: ITV and S4C. As such, you can stream this game for free on either ITV Hub or BBC iPlayer. That said, ITV is the better choice for most people since it’s showing every single Rugby World Cup fixture and it provides English-language coverage. In contrast, S4C is an exclusively Welsh-language channel and is only showing games featuring the Welsh team. Commentary will be in Welsh.

Whichever service you decide to use, you’ll be able to watch Wales vs. Georgia on-demand once it’s finished airing. However, if you want to stream the match live or watch S4C’s coverage on-demand, British law requires you to have a TV license. Despite this, neither platform actually checks whether you have one, and instead, they rely entirely on an honor system.

Both ITV Hub and BBC iPlayer are region-locked. This means you’ll need a VPN to access them from outside the UK. Still looking for a VPN? ExpressVPN offers a 30-day money-back guarantee, allowing you to watch Wales vs. Georgia risk-free and claim a full refund if you’re unsatisfied.

Where can else can I watch the Wales v Georgia match online?

The 2019 Rugby World Cup is being broadcast simultaneously in more than 30 countries, so there’s a good chance you’ll be able to watch Wales vs. Georgia wherever you are. Take a look below to see which broadcasters are showing this match in your country:

NBC has exclusive broadcasting rights to the Rugby World Cup in America. It’s showing a handful of matches on NBCSN, and if your cable TV package includes this channel, you can sign in and watch at no added cost. Unfortunately, though, Wales v Georgia is only available to NBC Sports Gold subscribers.

This service charges users $29.99 USD to watch a single match or $199.99 for a complete Rugby World Cup pass. This is an unreasonably high price, especially as other countries are broadcasting the same coverage free of charge.

NBC Sports Gold is geo-restricted which means you’ll have to either be in the US or connected to an American VPN server to use it.

Canadian fans can stream Wales v Georgia live on TSN. In fact, you can watch any game you like since this service is showing the entire 2019 Rugby World Cup. Best of all, if your cable TV subscription includes TSN, you can simply log in and start streaming immediately.

Luckily, there is a way to watch the Rugby World Cup online without cable. TSN offers an online-only pass called TSN Direct which costs $4.99 CAD per day or $19.99 per month. You should note that this service requires your payment method to be linked to a Canadian address, though, so it’s difficult to register if you don’t usually live in Canada.

TSN is geo-restricted, so you’ll need a VPN to use it from outside of Canada.

If you’re in Australia, you can catch the Wales v Georgia match live at around 8 PM AEST on Fox Sports. This means that if you’re already a Foxtel TV customer, you can sign into the Foxtel Go app and stream the game online. With a different provider or looking to stream the Rugby World Cup without cable? Not a problem, just sign up for Foxtel Now instead.

Foxtel Now’s base subscription costs $25 AUD per month, but you’ll also need the sports pack, which is $15 extra. It’s worth mentioning that this service comes with a 10-day trial, during which you’ll have access to every channel. This means that if you’re only interested in watching Wales vs. Georgia, you can just cancel afterward to avoid being charged.

Foxtel Go and Foxtel Now are region-locked. As a result, you’ll have to be in Australia or using a VPN to access them. 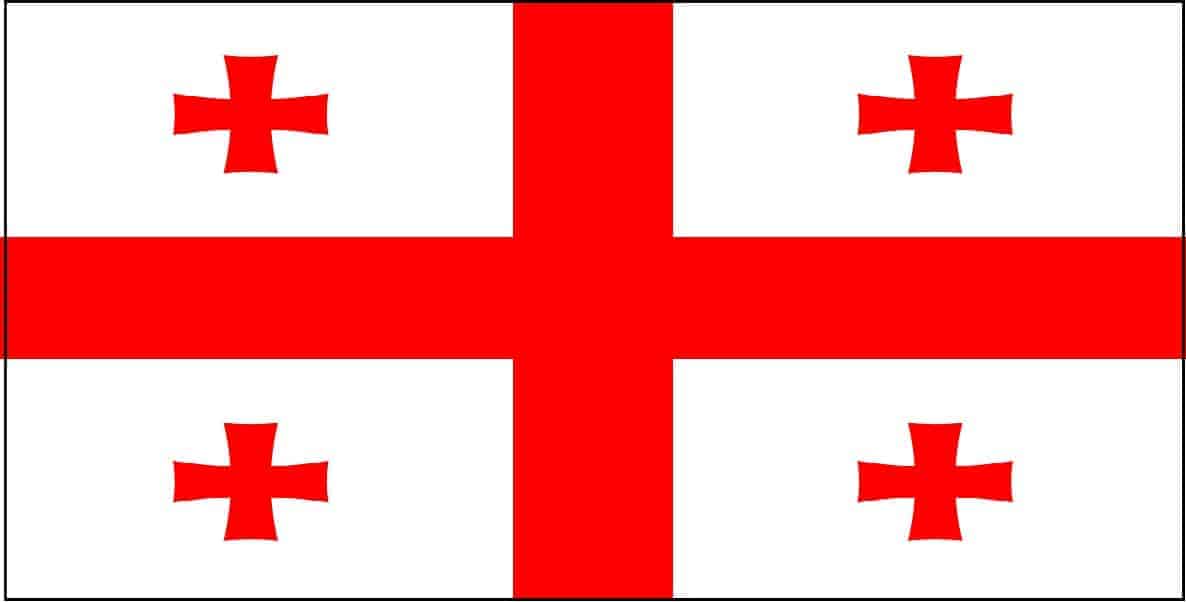 GPB will be broadcasting this match across Georgia free of charge, at 3:15 PM GST. This service doesn’t require you to register and is accessible from anywhere. However, we’d still recommend using a VPN as it will prevent your internet service provider from seeing what you get up to online and possibly throttling your internet speed as a result.

Don’t see a suitable source above? Don’t worry: it’s just that this tournament will be shown in too many countries to cover them all individually. You should be able to find your country’s broadcaster on the Rugby World Cup’s official international broadcasters list. It’s important to remember that not every network will allow you to watch online, though, so check ahead of time to avoid disappointment.

Wales v Georgia: which team is more likely to win?

Wales and Georgia have both won seven of their last ten matches, yet the Welsh squad is a strong favorite to win the upcoming match. Let’s not forget that until recently, Wales was the world’s top-ranked team, and although Georgia has been performing well of late, it still can’t break the top ten.

On the other hand, these countries have only played each other once before, so the squads will be in almost unknown territory. Who knows, perhaps Georgia will manage to find a way through the Welsh defenses and pull off a surprise World Cup win. That’s one of the best things about this sport: anything can happen.