Celebrate July 4 with the most popular patriotic movies by state 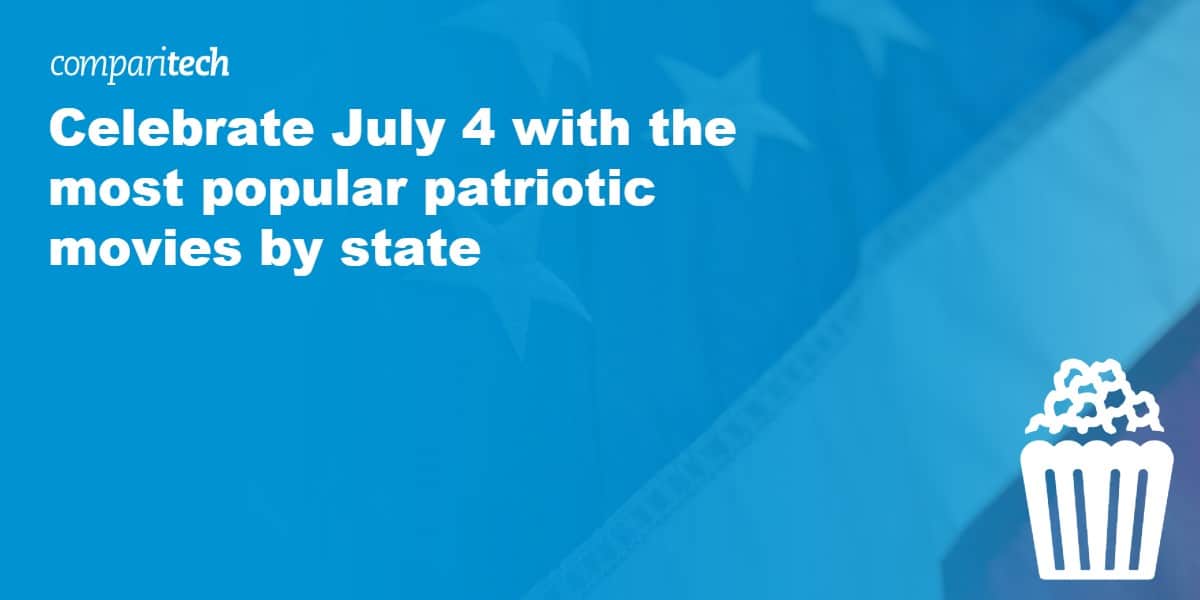 From pledging allegiance to the flag at the beginning of school to singing the national anthem at the start of every ball game, Americans are some of the most patriotic people in the world.

So, with July 4 arguably being the most patriotic day on the American calendar, we thought we’d find out which of the top American-based movies are most popular in each state.

Fun fact: Almost a third of the films we surveyed are so patriotic they’ve got the American flag in the movie poster. And 35 percent of states prefer to celebrate their patriotism with a war movie.

Some states are more avid patriotic movie fans than others, appearing as the top state with the highest number of searches for more than one movie. The highest was Idaho, which came out on top for nine of the movies in total. DC, Alaska, and Utah also appeared on top numerous times.

In Idaho, the top picks were an eclectic mix of movies from old-school romance, e.g. Tammy and the Bachelor, to newer war films, e.g. American Sniper. Idahoans were also big fans of Red Dawn, which took the top spot for both the original in 1984 and the remake in 2012.

The District of Columbia’s top movies had a recurring theme of politics, with Lincoln, Vice, and The American President all being top there. But the overall winner was 2020’s Hamilton.

For some states, movies that were shot or set in their own backyard are the pick of patriotism, including:

Which states like the classics and which prefer the latest hits?

A few other states also kept things classic but headed into the next decade, including Michigan with Foreign Correspondent (1940) and Montana with Yankee Doodle Dandy (1942).

Some states, however, liked to keep things more recent with Virginia, Maryland, and DC all opting for 2020 movies like Hamilton and The 24th. In addition, Ohio favored Sgt. Will Gardner (2019) and Utah, Wonder Woman (2017).

Which states have the best and worst tastes?

Of all the films in the study, Forrest Gump had the highest rating (8.8), meaning Alabama and Georgia technically have the best choice in patriotic movies according to IMDb. They are closely followed by Maine and North Dakota who both like the Spielberg classic, Saving Private Ryan, which enjoys an IMDb rating of 8.6.

Using Ranker’s list of the best patriotic movies of all time, we searched each title individually on Google Trends to find which state scored the highest. The top result is the designated title for that state. If any state came up twice, we used the title that was more popular over the last 12 months. Any title that didn’t come up as a topic on Google Trends (i.e. only a search term) was omitted to ensure a fair comparison.