How to watch Condor season 2 online from anywhere

Traveling abroad but don’t want to miss Condor season 2? Here you’ll find out how to watch Condor season 2 online from anywhere in the world, by using a VPN.
Mark Gill TECH JOURNALIST, VPN AND PRIVACY SPECIALIST 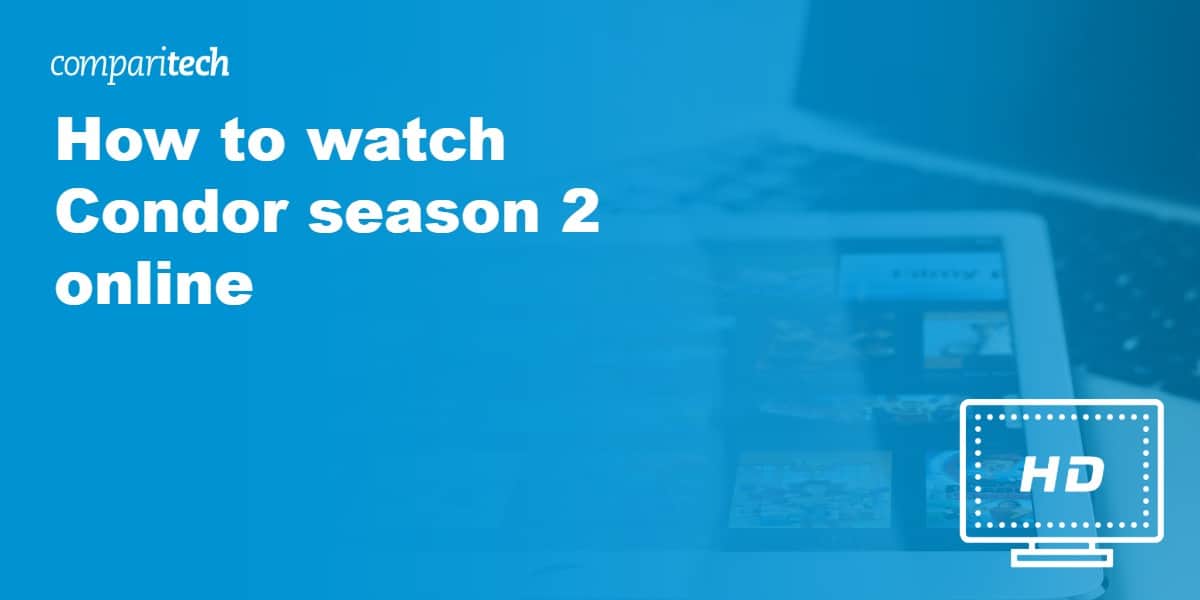 Condor season 2 is set to make its US premiere with two back-to-back episodes on Sunday, November 7 at 9 PM EST (6 PM PST). The first season premiered on Audience over three years ago so it has been a particularly long wait for US fans of the show. Fortunately, the espionage thriller based on James Gray’s novel “Six Days of the Condor” has since been picked up by Epix. However, geographic restrictions means that to watch Condor season 2 online from anywhere, you’ll need a Virtual Private Network (VPN).

We won’t be recommending anything other than official, licensed streams for watching Condor season 2 online. Unauthorized sources tend to offer poor resolution and excessive lag and buffering. Besides, they also run the risk of being taken offline due to copyright violation. Fortunately, you don’t need to worry about such issues with the official sources listed in this post, all of which offer lag-free streams in high definition.

Note that Condor season 2 will only be shown on region-locked platforms. Traveling abroad? You’ll need to use a VPN to continue watching via your usual home streaming service.

How to watch Condor season 2 online with a VPN

So how can a VPN help you watch Condor season 2 while traveling overseas? It does this by changing your IP address. In connecting to a server, you essentially spoof your location. This means you can access region-locked content such as Condor season 2.

Here’s how to watch Condor season 2 online from anywhere:

With Condor season 2 airing live on Epix, it’s a good idea to test your VPN with Epix in advance. That way, you can minimize the risk of missing out due to a last-minute technical hiccup. Remember, if you encounter any issues, your VPN’s support may be able to provide further assistance.

NordVPN is offering a fully-featured risk-free 30 day trial if you sign up at this page. You can use the VPN rated #1 for Epix with no restrictions for a month—great if you need a little more time to make a decision.

How to watch Condor season 2 online in the US

Condor season 2 will premiere on Epix on November 7. The good news is that there are multiple ways to watch Epix. If you have cable TV, you may already have access to it. In this case, you’d simply sign into Epix using the same login details you use with your cable TV provider. The content should then be available to stream.

Don’t yet have access to Epix? The easiest (and cheapest) way to watch is via the Epix app. A subscription costs just $5.99 (GBP £4.39) a month. However, you can also add Epix via Amazon Prime Video Channels and Apple TV channels. It’s also available with Sling TV and YouTube TV. In these cases, you pay $5.99 a month on top of your existing subscription fee.

Epix is only available in the US which means you’ll need a US IP address to watch it without restriction. To watch Condor season 2 online from anywhere, you’ll need to connect to a VPN server located in the US. Not sure where to start? You can always try NordVPN, which comes with a 30-day money-back guarantee so you can try it out risk-free.

What should I know about Condor season 2?

Like season 1, Condor season 2 will consist of 10 episodes. The new season premieres with back-to-back episodes on November 7. Episodes then air weekly each Sunday before a two-episode finale on December 26.

In the season 1 finale, young CIA analyst Joe Turner had unravelled the conspiracy and escaped to Italy with his life. However, Joe’s suspicions over the apparent suicide of his uncle combined with the information that there’s a mole in the CIA soon draw him back to the organization.

Who is in the cast of Condor season 2?

Max Irons returns as Joe Turner although Brendan Fraser will not be returning for season 2. Returning cast members include Kristen Hager as Mae Barber, Bob Balaban as Reuel Abbott, Sam McCarthy as Sam Barber Jr., and Gage Graham-Arbuthnot as Jude Barber. William Hurt will also be back in a brief appearance as Bob Partridge. There are also a number of new additions to the cast including Eric Johnson as Tracy Crane and Constance Zimmer as Robin Larkin.