OneVPN needs a lot of work. Custom apps and more servers should be a top priority if it wants to compete with the established players.

OneVPN is the newest VPN provider looking to gain a foothold in a crowded market. The homepage of OneVPN’s website confidently announces, “World’s Fastest VPN is Here!” So how does it rank compared to top rated services such as ExpressVPN?

When we first tested OneVPN back in May, that was definitely an overstatement. Since then, OneVPN has worked to fill in the gaps of its VPN repetoire and sand off its rough edges. Prospective users can sign up using a name and email.

A single month of OneVPN will cost $7.95, six months for $4.99 per month, and as of time of writing the company running a special “Buy 1, get 3 years free” offer, which knocks the price down to a paltry $1 per month, which is the cheapest we’ve ever seen. All plans come with a seven-day money-back guarantee. 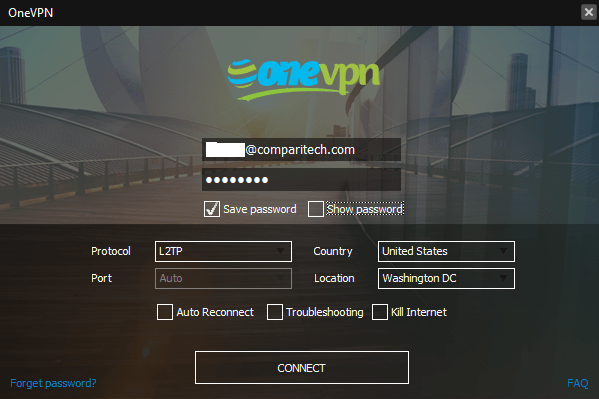 OneVPN doesn’t make it’s own client software. Instead, it recommends users download and install the open-source OpenConnect app. You can also set up a PPTP connection manually through your device’s built-in VPN settings, or use another OpenVPN-compatible app. 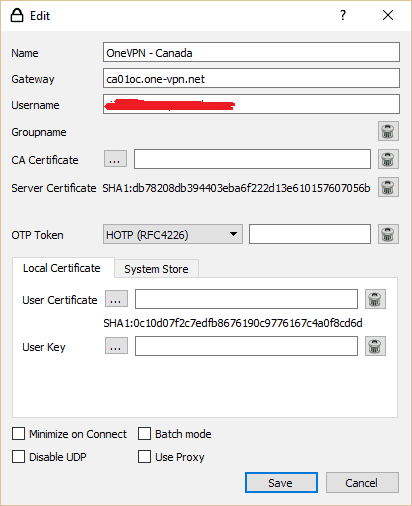 OpenConnect is not an ideal starting place for a novice user. It requires a relatively complicated setup process including inputting server domains, passwords, and installing client certificates. To make matters worse, we found the tutorial on the OneVPN website was actually missing a vital step, which I had to troubleshoot myself. All the config files and certificates are annoyingly stored in compressed .rar format, which means you’ll need a third party program like WinRaR to unzip them.

In any case, it won’t take long to add all the available servers on OneVPN, because there’s only four of them. None of them are located in the US or UK. Instead, you can connect to servers in Singapore, the Netherlands, Canada, or France. That means unblocking US- and UK-restricted content, like US Netflix or BBC iPlayer is not an option (here’s a list of VPNs that do work with iPlayer).

Because OneVPN doesn’t make its own app, it’s missing a lot of features. DNS leak protection, an internet kill switch, speed tests, and easy tweaking of security and connection protocols are all missing, among others.

OneVPN now offers apps still in beta testing for Mac OSX and Windows. We tried out the Windows version, an executable file compressed to a zip folder that requires administrative priveleges to run. Unfortunately, the app didn’t work at all.  To use OpenVPN, you’ll need to install the open-source OpenVPN app separately. We did that, but OneVPN failed to locate it, so we tried L2TP instead. That didn’t work either; the app didn’t respond to any attempt to connect to any server.

We recommend using OpenVPN GUI in lieu of the recommended OpenConnect app on desktop. OneVPN’s knowledge base has downloadable config files which you can import into the app. Config files are available for TCP and UDP configurations. TCP is typically more stable while UDP is faster.

iOS will require a manual setup using a third-party app. AnyConnect is recommended for iOS. 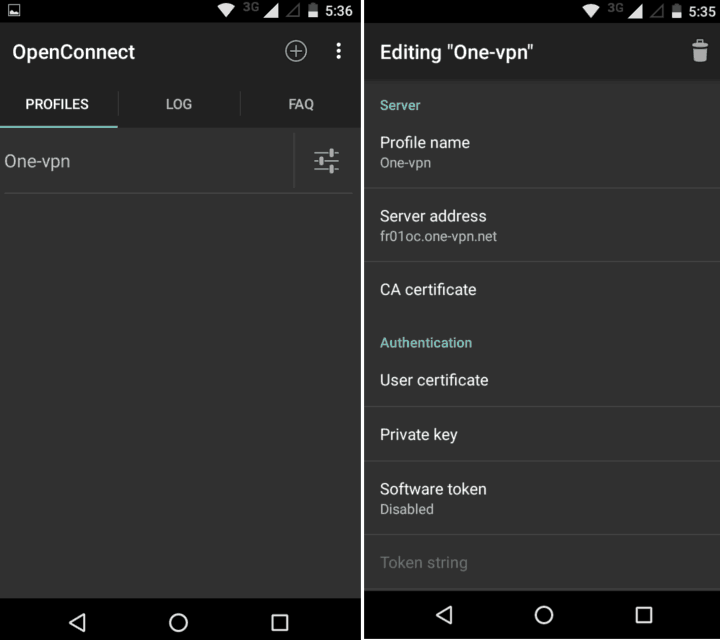 The only finished OneVPN app is for Android. Unfortunately we couldn’t test it because the Google Play link returned a 404 page not found error.

We estimate a complete novice will take anywhere from half an hour to an hour getting set up using a manual configuration, while more experienced users can probably cut that down to 15 or 20 minutes. Tutorials for each platform–Windows, Mac OSX, iOS, Android, and Linux–are all listed in the knowledge base. They all require manual setup for each individual server. The lack of solid, bespoke apps does not work in OneVPN’s favor in either functionality nor usability.

OneVPN has increased the number of servers to span 18 countries, a significant increase over the original four. That lineup includes the US, UK, Canada, and Australia. P2P users and torrenters will probably gravitate to the Netherlands server, where such activities are not illegal.

Streaming 1080p HD video at 60 frames per second was no problem on the American servers, which is an improvement since we last tested out OneVPN. The lag we previously encounted during online gaming was now negligible as well. The new apps have all been duds so far, but at least server performance seems to have improved.

To test the speed more empirically, we downloaded the same 82.7MB file (compressed from 103MB) three times from three different servers at three different times per day for a total of nine tests. For comparison’s sake, we did the same without a VPN as a control group. For our new round of tests, we connected to a server on each coast of the United States and one in the UK. We tossed in some previous tests results from other VPNs for comparison’s sake. In the boxplot below, the thick black line represents the median download time, while the red diamond represents the mean. Lower is better. 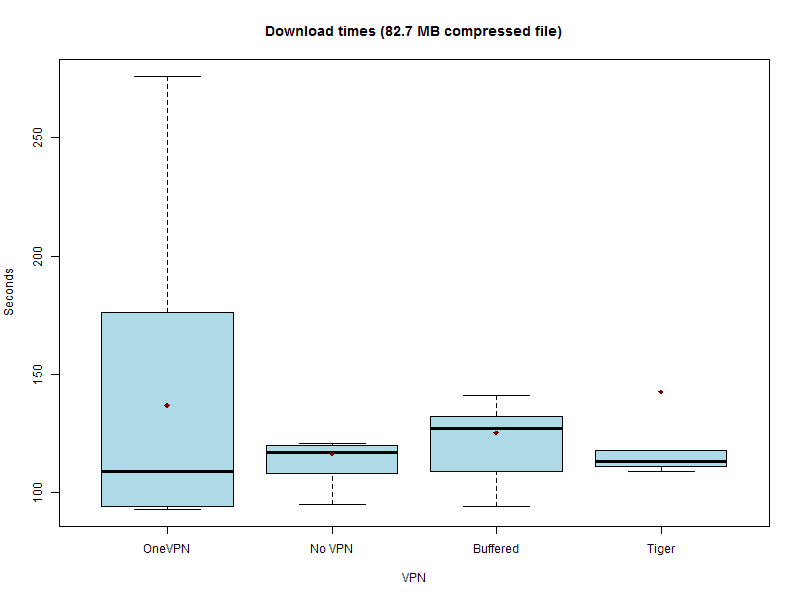 “Fastest VPN of the universe,” as OneVPN proclaims on its home page, is still a massive overstatement, but it’s definitely getting better. Our improved experience when streaming video and gaming online was mirrored in the speed test results. Download rates were much faster and marginally more consistent than a few months ago, when OneVPN ranked below average. Despite a slow result from the UK server, OneVPN beat TigerVPN on all fronts. Its median download time was quicker than Buffered’s, although its mean time was higher.

Keep in mind that this test is not a definitive indicator of which VPN is fastest. The inherent volatility of the internet adds a significant factor of randomness, so VPN speed tests should always be taken with a big grain of salt. My original location is in Buenos Aires, Argentina, where I run these tests on a 10 Mbps connection. Those with faster connections may well notice a larger discrepancy in speeds.

OneVPN supports PPTP and OpenVPN protocols. We highly recommend the latter, as PPTP has known security vulnerabilities despite the fact that it’s built into most modern operating systems. OpenVPN is encrypted with a 128-bit AES algorithm by default, which is more than enough for most purposes. 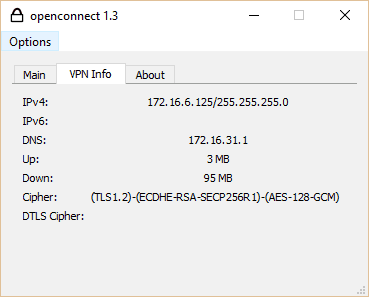 A privacy policy can now be found on the website, which is an improvement only because one didn’t exist at all before. The new policy consists of a grand total of four sentences. OneVPN keeps no activity logs but does store session logs. These are used in case of criminal activity like hacking or scamming, but torrenting is allowed.

Like most VPN providers, OneVPN uses shared IP addresses. This adds a significant layer of anonymity, as the IP address can’t be traced back to a single user.

OneVPN is based out of Hong Kong, which is technically a special administrative region of China but is essentially an independent country.

OneVPN touts 24/7 live chat support on its website. We were connected with a representative in under two minutes on a weekday evening. I wouldn’t peg the customer support as professional, but certainly eager to impress. My questions about logging policies and encryption standards left the staff I talked to a bit befuddled, which might just be a teething issue due to the adolescent stage of the company, but OneVPN got back to me the next day with more detailed answers via email.

The website left me a bit wanting. Other than the signup page, the only real content is a knowledge base full of setup tutorials for each supported operating system. We expect this will be more fleshed out closer to official launch.

While using OneVPN, I never received any unsolicited emails or messages. The website is ad-free.

OneVPN still needs a lot of work. The apps  should be a top priority if it wants to compete with the established players. Speeds have greatly improved, which has prompted us to bump up the rating half a star. Customer service responds quickly and is enthusiastic about helping users. Watch this space as we’re told there are more improvements to come.