What is ciphertext and how does it work?

Want to know what ciphertext is, how it works, and its role in cybersecurity? Check out our guide for everything you need to know.
Craig McCart 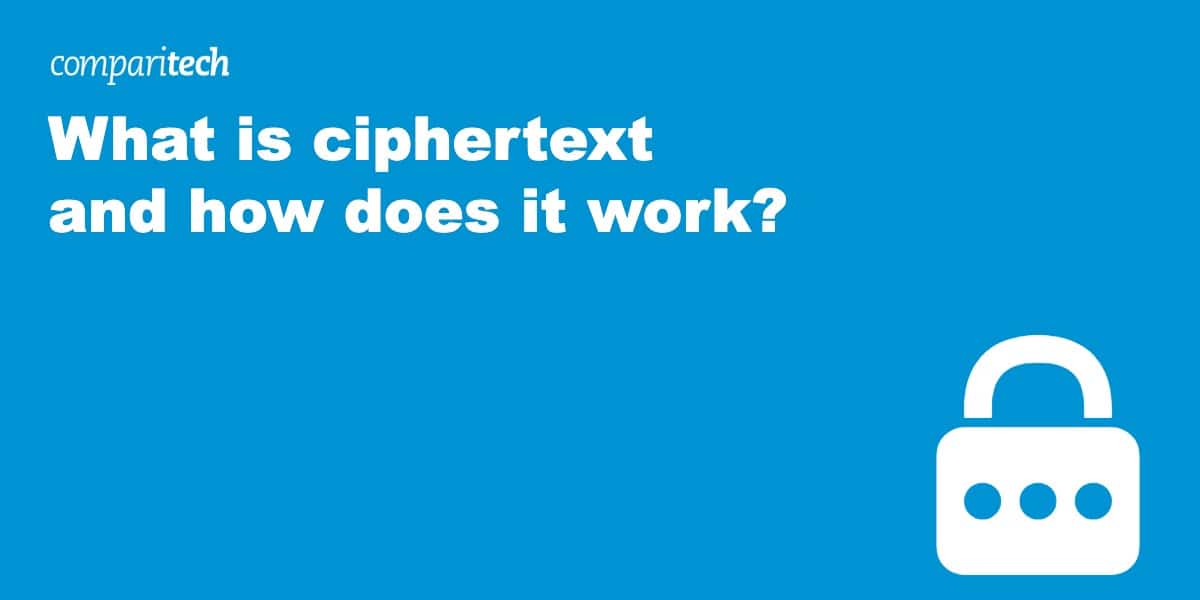 When you hear the word “cipher,” you might think of a mysterious code that needs to be cracked to reveal a hidden message. However, in the world of cryptography, a cipher is a mathematical function used for encryption and decryption. In this blog post, we’ll take a closer look at what ciphertext is and how it’s used.

The characteristics of ciphertext

In cryptography, ciphertext is the data that has been encrypted using a cipher. Ciphers are mathematical functions that are used to scramble data so that it can’t be read by anyone who doesn’t have the key to decrypt it. To encrypt data, ciphers use algorithms, which are sets of instructions for carrying out a specific task.

Ciphertext is essential because it helps to protect information from being accessed by unauthorized people. For example, if you’re sending an email containing sensitive information, you should encrypt the contents of the email as ciphertext so that only the intended recipient can read it. Similarly, if you’re storing sensitive information on your computer, encrypt that data as ciphertext so that only people with the proper decryption key can access it.

What are the different types of ciphers?

One example and one of the oldest forms of ciphertext (and one of the easiest ciphers to crack) was created by Julias Ceasar. The monoalphabetic rotation cipher with a shift of three requires each plaintext letter to be rotated three times for encryption so A would become D, B would become E, etc. Children’s toys like decoder rings are the most common use for the caesar cyphertext today.

Can ciphertext be detected?

ciphertext could be detected by using deep packet inspection to look for patterns that show they contain encrypted data, though an attacker still wouldn’t be able to decrypt the data.

Ciphertext is an essential tool for protecting information from being accessed by unauthorized individuals. To read ciphertext, one must have the proper key or algorithm. There are several different cipher types, but the most common ones used today are the Substitution and Transposition ciphers.

What is a ciphertext-only attack?

A ciphertext-only attack is when an attacker can access ciphertext but not the corresponding plain text or key. Even though the attacker does not have enough information to decrypt the ciphertext, a vulnerable computer or app might accept the encrypted ciphertext in lieu of the original plain text.

What's the difference between a cipher and ciphertext?

A cipher is a mathematical function used to encrypt and decrypt data. ciphertext is the data that has been encrypted using a cipher.

What is an example of a symmetric key cipher?

An example of a symmetric key cipher is the AES (Advanced Encryption Standard) cipher. This type of cipher uses the same key for both encryption and decryption.

What is an example of a public key cipher?

An example of a public key cipher is the RSA (Rivest-Shamir-Adleman) cipher. This type of cipher uses different keys for encryption and decryption.