Our team of researchers has collated data breach records spanning over 15 years to provide a running total of the number of breaches and records affected since 2005.

Since 2005, more than 11 billion individual records have been impacted in data breaches across the United States. From the start of 2005 to the end of 2020, there had been over 12,700 breaches across America. These have the potential to not only leave personal data exposed and vulnerable to hackers but can also have a detrimental impact on business share prices.

Data records are lost or stolen at the following frequency

Based on previous records, over 6 million records are impacted by data breaches each day. That equates to 72 records per second. While this sounds an astronomical figure, studies indicate that almost 50 percent of US companies have experienced some form of data breach.

2016 was the biggest year for records affected

With over 4.6 billion records affected in 2016 alone, this was the biggest year for the number of records lost or stolen since 2005. Worldwide, over eight data breaches impacted over 10 million records each in 2016, too. 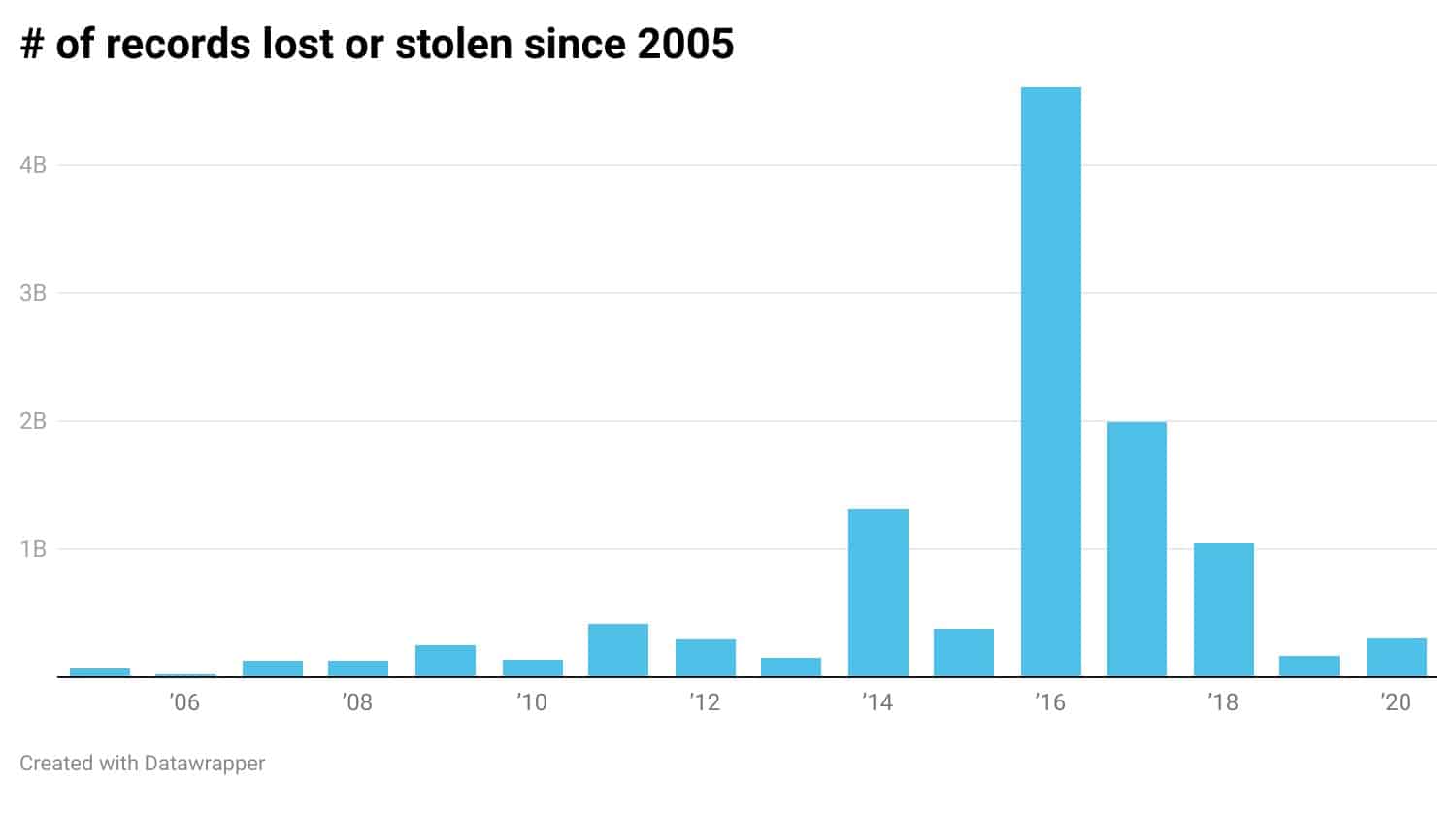 2016 wasn’t the biggest year for data breaches, however. This came a year later in 2017 when 1,683 breaches were reported across the United States. 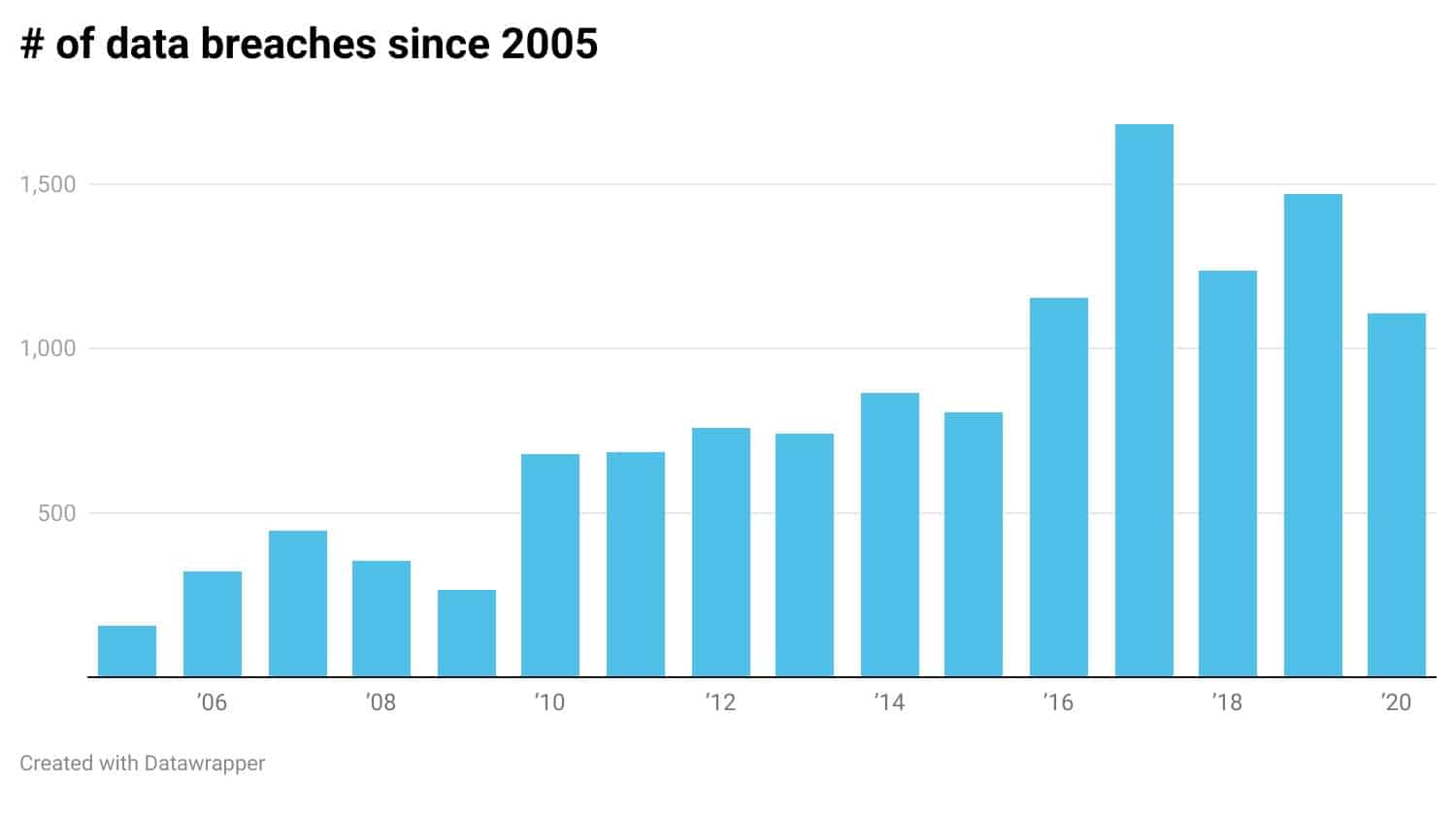 What do these stats look like in your state?

Find out in our Which state has the most data breaches? report.