Becoming a Certified Ethical Hacker (CEH) can be a smart career move and can be incredibly lucrative. Find out how to learn ethical hacking and the best online courses available.
Penny Hoelscher 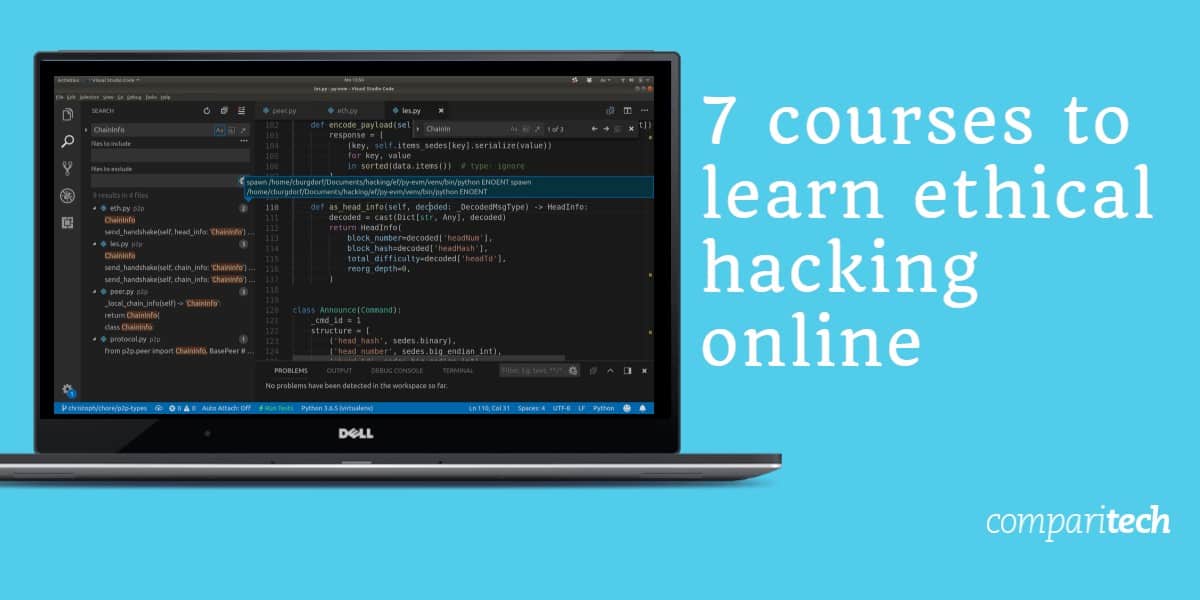 Ethical hacking is the process of attempting to penetrate computer systems and networks with the intention of locating weaknesses and vulnerabilities (real and potential) that could be exploited by malicious hackers. Any information uncovered is then used to improve the system’s security and plug loopholes. Sound interesting? Then an online ethical hacking course is for you.

We’ve included a range of course types in our list, but here are some things to think about when deciding on which one to try first:

Here is our list of the best ethical hacking courses to learn hacking from scratch:

StationX’s The Complete Ethical Hacking Course Bundle is our top choice for the best ethical hacking course and is really the gold standard for white hat hacker training. This comprehensive course was developed with beginners in mind and contains everything you need to know about ethical hacking and how to secure systems against attacks.

It starts with basic terminology and shows you how to install the required software, and how to set up a penetration testing lab. Aside from ethical hacking and penetration testing, you’ll also learn about hacking and testing for websites and networks, social engineering, and using Android for testing computer system security.

Your instructor throughout is computer scientist and ethical hacker Zaid Al Quraishi.

This bundle usually costs $500 but Comparitech readers save 87% and benefit from five courses for just $65.

This is a very comprehensive ethical hacking course for absolute beginners with no previous knowledge of hacking or penetration testing. It focuses on the practical side of penetration testing but doesn’t neglect the theory, for example, how devices interact inside a network.

You will first learn how to set up a testing lab on your own machine, and how to install the Kali Linux operating system. Don’t worry if you’re not familiar with Linux; you will quickly learn the basic commands you need to interact with the Kali Linux terminal.

Approximately $130, although Udemy offers regular specials so we’ve seen the price as low as $29.99.

TIP: This course is included as part of the StationX Ethical Hacking bundle.

More: Udemy provides an easily navigable portal to a wide range of ethical hacking courses, free and paid. Running a search on “ethical hacking” returns over 800 matches, more than 40 of them free. Some suggestions to get started: 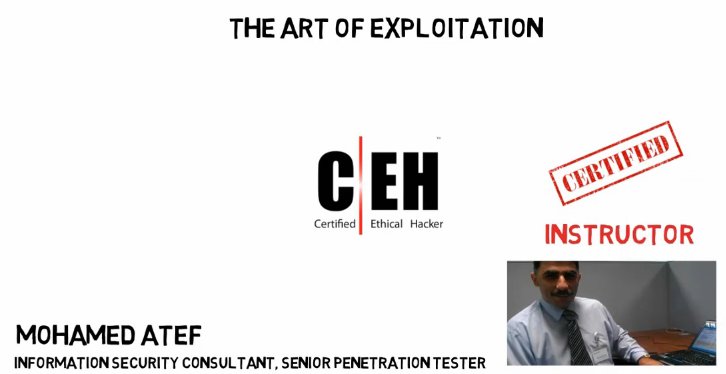 Buffer Overflow occurs when a program, while writing data to a buffer, overruns the buffer’s boundary and overwrites adjacent memory locations, creating a potential security vulnerability. In this ethical hacking course, you will write a Python script and use it to hack a system affected with Buffer Overflow.

More: Cybrary courses are totally free and cover a wide range of subjects, but you must pay if you want a certificate of completion, or to access the assessments and exams (approximately $99 per month). The website is well organized with an option to select ethical hacking courses suitable for a specific career path, for example, penetration tester or network engineer, and even create your own syllabus.

You can search for courses by skill type, level, or certification. When you sign up, you will be directed to your dashboard, which displays the courses you’ve completed or are busy with, your certifications, and even posts you’ve published to the Cybrary community. This site is ideal if you want to build up a portfolio of knowledge, keep track of your progress, and ultimately choose one or more certifications.

This ethical hacking course covers the basics of white hat hacking including a detailed video on how to set up a lab. You’ll also get an introduction to Nmap and Metasploit tools and learn basic Windows and Linux commands. A nice touch is that below each video you can comment or post questions to the instructor or other students.

The in-depth Metasploit Unleashed ethical hacking course is provided for by Offensive Security. The organization’s goal in providing the course is to increase awareness for children in East Africa who are underprivileged. The course assumes you understand some fundamentals, for example, command-line interface commands, and scripts.

By the end of this ethical hacking course, provided by the University of Maryland through Coursera, you’ll have a firm grasp of cryptographic primitives in wide use today. You’ll also learn how to combine these to develop modern protocols for secure communication.

More: MOOCs (Massive Open Online Courses) are free online college-level classes open to everyone. They are apparently “more popular than cheese.” They don’t count towards degree credits but will be appreciated by future employers as degree-level training.

The method of instruction is usually video but instructors’ brains can be picked on virtual forums and during chat sessions. There are various types of assessments, from peer assessment to formal exams, depending on the course. Some of the courses have fixed schedules and most take between six to eight weeks to complete.

This free course offered by Mindsmapped is a four-part program. Aimed at beginners, it comprises 35 lectures in total and should take around five hours to complete.

The fours modules are:

You’ll learn the basics of ethical hacking including exactly what it is and its different phases. The course also delves into virtualization and penetration testing, including practical applications of all topics.

If you’re keen to learn more, you can check out several additional ethical hacking courses offered by Mindsmapped:

Yes. In 2015, the Librarian of Congress issued a number of exemptions to the 1998 Digital Millennium Copyright Act which effectively allow white hat hackers to hack software in the name of research and on condition they disclose any vulnerabilities they might find. This controversial topic is increasingly relevant as more everyday items, including vehicles, contain computers.

An ethical hacker must abide by the following (informal) guidelines:

Why take an ethical hacking course?

An organization may hire an ethical hacker to attempt to hack their computer system within certain restrictions set by the company and country law. A company may also train a staff member to perform this role in-house. Sometimes ethical hackers are simply self-proclaimed “geeks” who hack on their own time, but not destructively. These kinds of hackers do it “for the fun of it” and, if they’re bounty hunters, even get paid if they find a loophole in an organization’s system.

If you decide to undergo white hat hacker training, you’ll be in excellent company. For instance, a little-known fact about Sir Timothy John Berners-Lee, best known as the inventor of the World Wide Web, is that he was a hacker in his early years. According to Investopedia, “As a student at Oxford University, Berners-Lee was banned from using the university computers after he and a friend were caught hacking to gain access to restricted areas.”

One of the most notorious white hat hackers in recent times is Kevin Mitnick, described once by the US Department of Justice, as “the most wanted computer criminal in United States history.” After serving time for unlawful hacking, he reformed and became a paid ethical hacking consultant for numerous Fortune 500 companies, as well as for the FBI.

The Exabeam 2018 Cyber Security Professionals Salary and Job Report found that 23.7 percent of security professionals surveyed had a CEH certification (more on that below).

The most widely recognized ethical hacking credential is the Certified Ethical Hacker (CEH) credential from EC-Council. You don’t have to sign up for their course before taking the exam, but all self-study students have to go through a formal eligibility process. You could take one or more of the courses listed above and go for the accreditation separately.

The EC-Council also offers the Certified Network Defense Architect (CNDA) credential. To be eligible for the course, you need to first obtain CEH certification from EC-Council and must be employed by a government or military agency, or be a contract employee of the US government.

The essential skills to becoming a master hacker

Unless you specialize in a particular area, for example, mobile or forensics, a formal one-size-fits-all course typically touches on the following subject matter:

Succinctly summed up by OCCUPYTHEWEB, to get started, here’s what you really need to master:

Formal ethical hacking courses are ideal for on-the-job training in a specific niche. Alternatively, many hackers advocate self-learning. The advantage of this is that you get to discover your field of particular interest. Below are some other free resources, tutorials, hands-on challenges, and articles on ethical hacking.

To enhance your learning experience, you might consider joining an ethical hacking forum or paying an ethical hacker to share their knowledge and experience with you. If you’re interested in a particular tool or platform, most hacking software vendors provide in-depth tutorials for their applications.