Cybercrime is on the rise across the globe, so we've put together a list of The Netherlands' cybersecurity statistics to see how Dutch efforts to overcome cybercriminals stack up.
Craig McCart 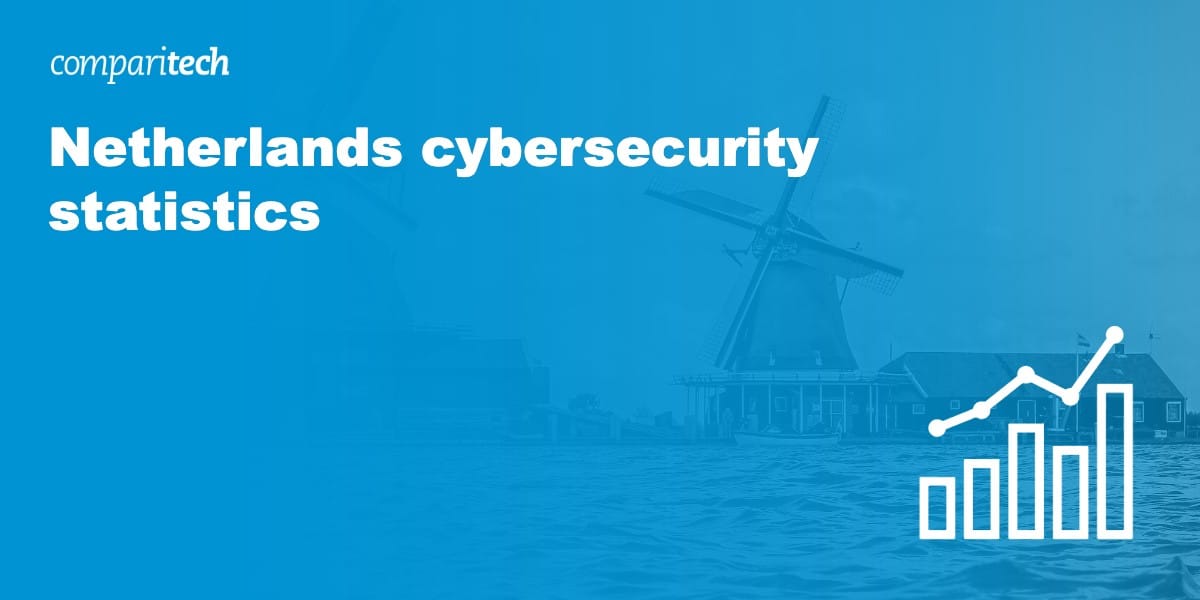 We’ll look at the prevalence of cyberattacks, how common data breaches are, and which industries have been most affected by these security issues. With this information, you can make informed decisions about how to best protect your organization from potential threats. Read on to learn more about Dutch cybersecurity statistics.

1. Cyberattacks claimed over 2 million victims in 2021

17% of the Netherlands population aged 17 or older were affected by some form of cybercrime in 2021. Under half of the victims reported the incident, while just 20% filed a police report. (Source: CBS)

3. Young adults are most at risk of identity theft

Dutch citizens aged 18 to 25 were reported as the most at-risk group to suffer attacks such as phishing, identity theft, and online fraud in 2019. (Source: CBS)

4. Mobile devices account for more than half of internet usage in the Netherlands

According to Akamai’s State of the Internet report, 52 percent of internet traffic in the Netherlands comes from mobile devices (Source: Akamai).

5. Hacking was the most common cybercrime in 2019

Of every 100 Dutch victims, around 22 of them experienced some sort of cybercrime offense. Of these attacks, hacking was the most common type of crime. (Source: Statista). 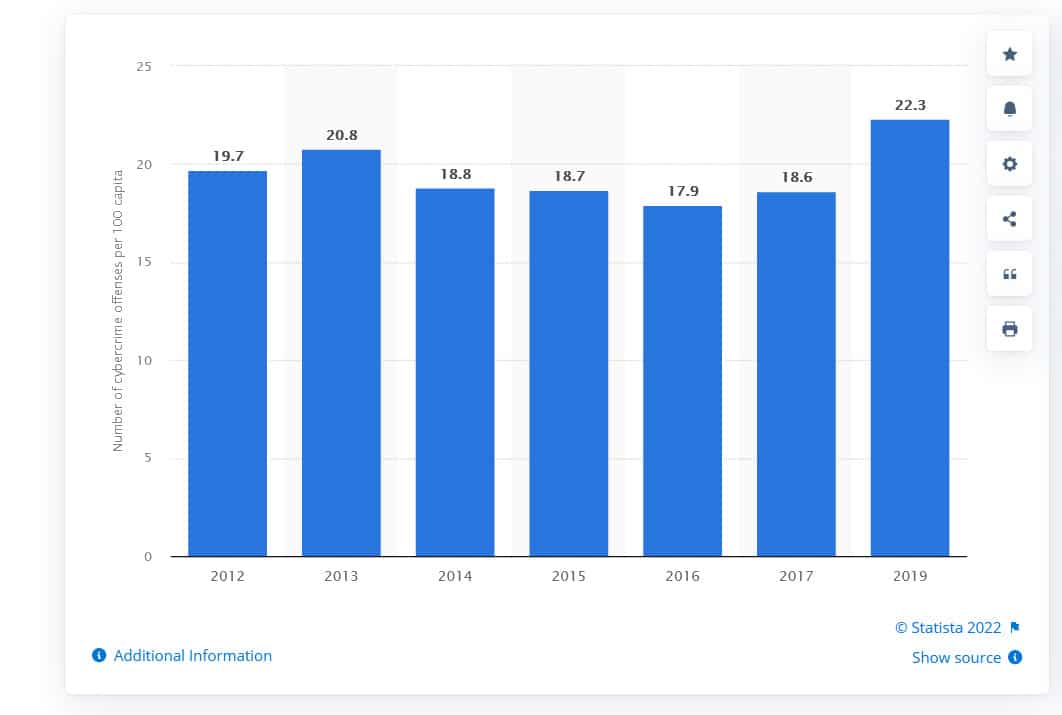 In 2019, online shopping fraud accounted for 4.6% of reported cybercrime. This was slightly above the 4.2% linked to cyberbullying. (Source: CBS)

The Netherlands had 35,106 operational cybersecurity experts working in the country in 2021. This was behind Singapore, which employed over 92,000 cybersecurity staff. (Source: Statista). 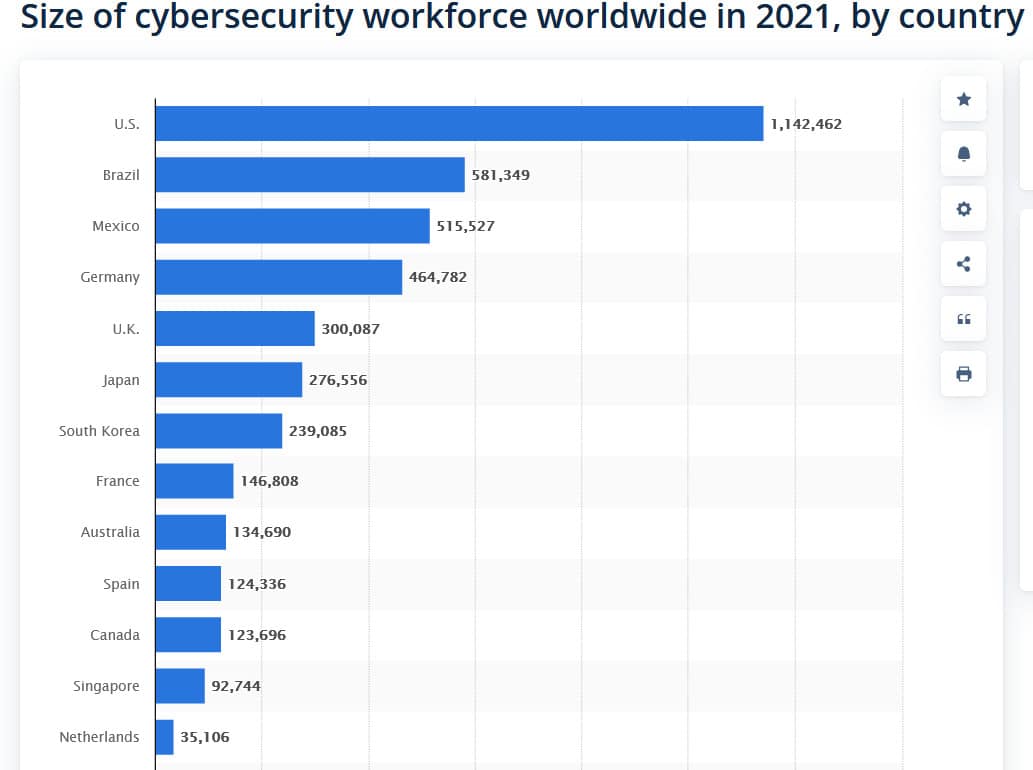 What were some of the biggest cyber attacks in The Netherlands?

Here are some of the biggest cyber attacks in The Netherlands:

In 2021, a massive data leak was reported by Dutch Health Authorities, affecting the patient data of thousands of people. The stolen data was put up for sale online, but it’s unclear whether a purchase was made. (Source: Reuters)

In March 2021, an established car maintenance service provider RDC was hacked, having data from millions of Dutch vehicle owners stolen. The data was identified on a cybercrime forum, with the records being put on sale. (Source: The Record)

Booking.com received a hefty fine of €475,000 in March 2021 for missing a three-day deadline to communicate details of a breach to the regulator. The company took an entire month to identify the breach. (Source: Cybersecurity-Insiders)

Russian hackers attacked a central Dutch police database in June 2021, though the intrusion dates back to 2017. Dutch investigators kept the breach quiet until the Dutch Intelligence Agency uncovered the findings. At the time of writing, there’s no indication of what the hackers did while inside the systems. (Source: Malwarebytes)

The University of Maastricht experienced a ransomware attack in December 2019 that prevented staff and students from accessing lecture notes, email, and research. The hacking group requested 30 Bitcoins, worth €197,000 at the time, at which point the university paid the criminals. (Source: Port Swigger)

How to stay safe online in The Netherlands

Here’s how to stay safe online in The Netherlands:

By following these simple steps, you can help ensure your digital safety and avoid becoming the victim of cybercrime in The Netherlands. Furthermore, with the right security measures in place, you can protect yourself from even the most sophisticated threats.