The 5 Best VPNs for Pakistan that protect your privacy 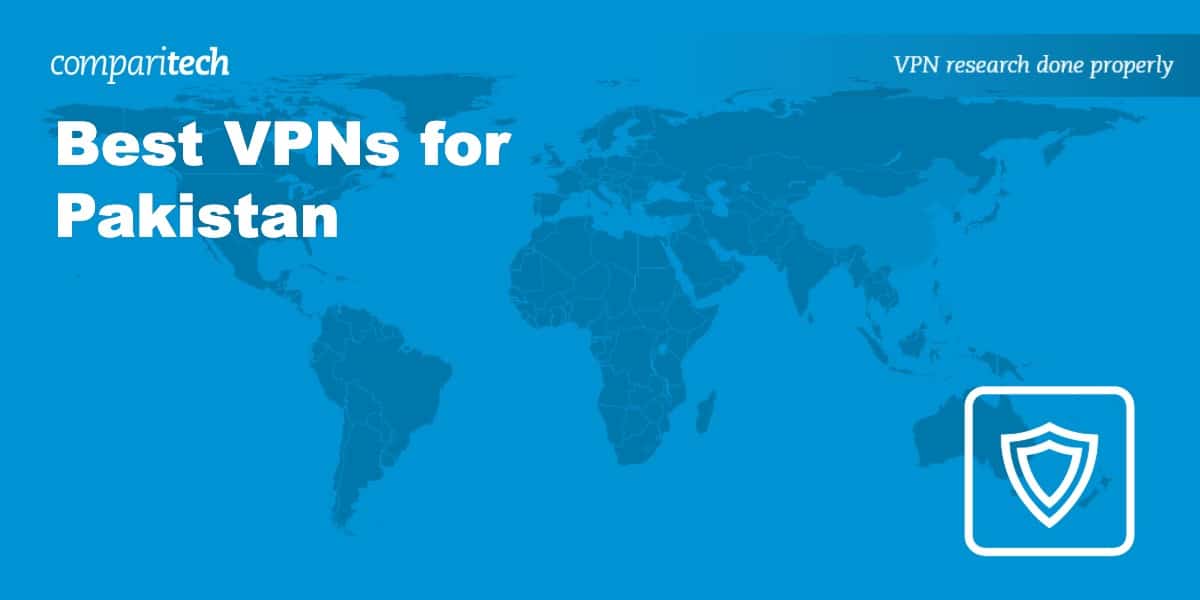 There are many reasons that you might need a VPN for Pakistan. It could be to overcome strict internet censorship, or access blocked services. Perhaps you’re traveling away from Pakistan and want to access your streaming services from back home. Whatever the reason, you will need to find a reliable and trustworthy VPN that has servers in Pakistan.

A Virtual Private Network (VPN) encrypts all the internet traffic to and from your device and tunnels it via a remote server outside your location. This makes it impossible for government agencies, internet service providers, or hackers to monitor your browsing habits.

We cover each VPN in great detail below, but in case you are short of time, if you’re in a rush, you can get a quick summary of our top choices below.

WANT TO TRY THE TOP VPN FOR PAKISTAN RISK FREE?

ExpressVPN is offering a fully-featured risk-free 30-day trial if you sign up at this page. You can use the VPN rated #1 for Pakistan with no restrictions for a month.

Our list of the best VPNs for Pakistan is ranked on the following factors:

You can read more about how we test Pakistan VPNs and our assessment criteria further in this article.

Here’s a list of the best VPNs for Pakistan:

ExpressVPN is our number one Pakistan VPN because of its impeccable service, blazing fast speeds, and minimal downtime. There’s over 3,000 servers to choose from spread across 94 countries, including Pakistan.

ExpressVPN uses OpenVPN connections encrypted with 256-bit AES as default. 4,096-bit DHE-RSA keys are identified by a SHA-512 hashing algorithm. The company is incorporated in the British Virgin Islands which is a superb location in terms of privacy, and this VPN has a solid no logs policy, a kill-switch, and obfuscation, which makes it a superb choice for users in Pakistan.

There are apps for both Android and iOS as well as desktop support for Windows and MacOS. ExpressVPN works on Netflix, Hulu, BBC iPlayer, and many others.

THE BEST PAKISTAN VPN:ExpressVPN has super-fast servers. Reliably works in Pakistan and works with all major geo-restricted sites. Lacks advanced configuration features for power-users. Try it with the 30-day money back guarantee.

NordVPN operates over 5,200 servers in 60 countries making it a fairly robust choice for securing your web activity. There are servers optimized for anti-DDoS, video streaming, double VP and Tor over VPN. There are also dedicated IP addresses, which is something not always offered by VPNs.

The company has a strict no-logs policy, meaning it doesn’t track user sessions at all. There’s no way of tracking web history as servers don’t retain any data. It’s also headquartered in Panama and hence out of the reach of data retention laws.

All traffic flowing through Nord’s VPN servers is encrypted via the 256-bit AES protocol by default and uses 2,048-bit SSL keys. DNS leak protection is enabled. A single subscription grants access to six devices, with support for Windows, MacOS, iOS, and Android.

THOUSANDS OF SERVERS:NordVPN is a great all-round choice. A solid choice for security and privacy and works reliably in Pakistan. Use up to 6 devices at once with great connection speeds. 30-day money back guarantee.

IPVanish offers fast speed, strong encryption protocols, and a strict ‘zero logs policy’. There are over 1,300 servers out of 75 worldwide locations, so finding a suitable connection should never be a problem. IPVanish doesn’t outsource any of its servers and prefers to maintain them with its own resources. That means it has total control over traffic, preventing any third-party leaks or compromise.

It comes with 256-bit encryption on the OpenVPN protocol and accepts Bitcoin as a payment method. The company is headquartered in the United States, which some users may find unsettling, but its commitment to zero traffic logs should ease concerns.

There are apps for both Android and iOS as well as desktop support for Windows and MacOS. It isn’t able to unlock content on Netflix or Hulu, but it does work with others such as BBC iPlayer and Amazon Prime Video.

GREAT PRIVACY FEATURES:IPVanish has a large network of servers. Offers strong privacy and security with a huge number of IPs and servers plus additional protection against DNS leaks.

PureVPN has over 2,000 server locations spread across more than 140 countries, making it one of the larger VPNs out there today. Pakistan is included in the list, which mean it’s possible for residents of the country to access local content like PTV Sports while traveling abroad.

Its privacy policy is stringent – the company makes it clear that it does not store any logs on user behavior or browsing sessions. The only things it does record is the time you log in and the IP address of the server you connect to (not your real IP).

PureVPN uses 128-bit encryption to secure your connection and includes an internet kill switch – meaning it’ll halt all web activity if the connection drops unexpectedly. The company is headquartered in Hong Kong – which means it’s not subject to unwieldy data retention laws.

EASY TO USE:PureVPN is a good beginner choice. Offers strong security and privacy. It achieves some fast speeds but has some connection issues. 7-day money back guarantee.

Read our review of PureVPN.

ZenMate offers sturdy 128-bit AES encryption to secure your traffic. The company doesn’t specify how many servers it runs, but there are locations spread across 19 countries in total. Its servers are suitable for online gaming and other data-heavy activities like online streaming or downloading torrents.

ZenMate is headquartered in Germany but it claims to store no traffic sessions or logs of any kind. That should ease worries about western data retention laws. There are apps for both Android and iOS as well as desktop support for Windows and MacOS.

EASY TO SET UP:ZenMate is great for beginners. Easy to use app and desktop support. Good security and no logs stored. Can be slow and there is no live support. 14-day money back guarantee.

Read our full review of ZenMate.

Methodology: How we found the best Pakistan VPNs

Due to the large number of VPNs that are available on the market, picking a VPN can be confusing. At Comparitech, we use a scientific VPN testing methodology to single out high-quality VPNs. Here are some of the things we looked for in VPNs for Pakistan:

Will a free VPN work in Pakistan?

It’s not difficult to find a free VPN option - a bit of digging around on Google, DuckDuckGo, or Reddit should do the trick. However, we recommend you use these services only as a matter of last resort.

If the VPN service advertises itself as free, it’s probably using some dubious means to generate cash on the side. At the least, you’ll be inundated with spammy referral links and loads of obtrusive advertisements. There’s also a very real possibility of contracting a malware infection which can lead to data corruption and loss.

Is using a VPN legal in Pakistan?

There’s no specific legal terminology in existing Pakistani laws that outrightly prohibits the use of VPNs, but they aren't openly advertised, either. VPNs are best described as a grey area in Pakistan.

Note: Comparitech does not provide legal advice and we strongly encourage that you research local laws before using a VPN in Pakistan. Remember that illegal activity is still illegal, even while using a VPN.

What’s the future of internet freedom in Pakistan?

In April 2016, the National Assembly of Pakistan approved the controversial Prevention of Electronic Crimes Act which severely impinges on individual rights and grants sweeping powers to regulatory bodies to censor content on the web.

Liberal commentary on Pakistani blogs and publishing sites is particularly targeted. Topics related to criticism of the army or the state are a problem. Other things like LGBT issues, ethnic and religious problems, or social commentary are also frowned upon and face censorship.

Related: How to blog anonymously, a guide for activists, whistleblowers, and journalists

To maintain your security, privacy, and anonymity we recommend you use a VPN while surfing the web in Pakistan.

“Pakistan Grunge Flag” by Nicolas Raymond licensed under CC by 2.0