2021 US Cybersecurity Salary & Employment Study – which state has the best prospects? 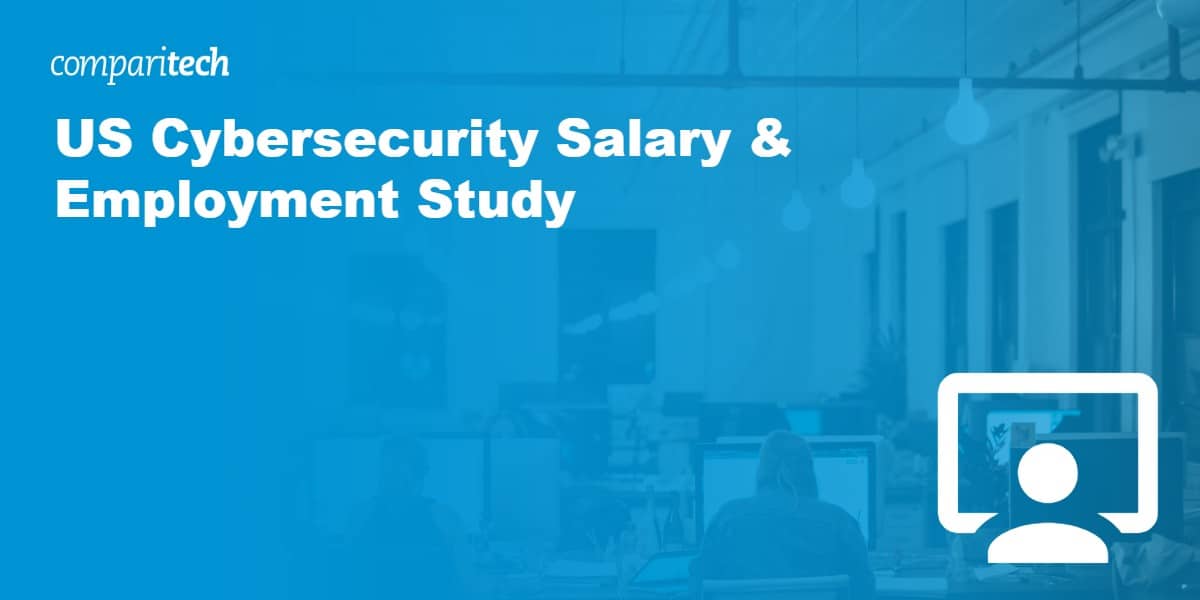 Often defined as “information security analysts,” these roles involve planning and implementing security measures that help protect an organization’s computer systems and networks. This includes installing software (such as firewalls and data encryption programs), investigating security breaches, and looking for potential vulnerabilities before they are exploited.

So how is the job landscape for cybersecurity roles changing and how do the roles shape up on a state-by-state basis (including the District of Columbia and Puerto Rico)?

We compare data from the last couple of years to find out. And we reveal where the cybersecurity job hotspots are, including where you’ll get the highest salary, where the most jobs are, and where the best long-term projections for these roles are.

How has the cybersecurity job market changed from 2018 to now?

In 2019, we conducted this study for the first time. So how have things changed since then?

As you can see from the above chart, things have changed dramatically in some states. For example, Connecticut has plummeted through the rankings this year, going from 20th place to 50th, while Hawaii has shot up the rankings from 43rd to 9th. Connecticut’s sharp decline stems from drops in a number of areas, including the average salary, number of people in cybersecurity roles, number of job vacancies, and 10-year growth projection.

Although some states have seen some declines year-on-year, the overall averages paint a more positive picture with every area improving on the previous year’s data.

With recent and large-scale incidents, such as Hafnium targeting Microsoft Exchange servers, placing a huge emphasis on the key importance of cybersecurity infrastructure, the job market looks set to continue growing for many years to come. But there are certain states where the prospects look better than others.

The biggest average salary increases for information security analysts were observed in Puerto Rico (16.45%), Nevada (14.79%), Hawaii (14.63%), and Montana (14.6%). These increases could be facilitated by state-specific initiatives such as the multi-million dollar cybersecurity investment approved by Montana’s government, part of which was intended to help improve salaries in the industry.

One state that saw a significant decline in average salary for these roles was Rhode Island (-12.89%). This was in spite of the fact that average salaries across all types of employment increased for the state.

Number of people in roles

The number of people in information security analyst roles increased dramatically (by 68.63%) in North Carolina. The same figure took a pretty sharp nosedive of 40% in North Dakota, but it wasn’t very high there to begin with, tumbling from just 200 to 120. The figures for employment per 1,000 jobs saw similarly drastic changes in North Carolina and North Dakota.

The largest percentage increases in job vacancies tended to be in states that had a low number of openings to start with. For example, in Puerto Rico, the number increased 575% from 4 to 27. And South Dakota saw a 219.23% increase from 26 to 83 vacancies.

The state with the most drastic decline in vacancies was Delaware with the number of openings dropping from 653 to 163. The average salary in the state for these roles was already fairly high and saw a healthy increase, so it could be that employers were willing to pay more to get these roles filled.

Perhaps the most interesting comparisons are the changes in long-term growth projections. It’s intriguing to see how much some of these have changed over time. Take Maryland, where the long-term growth projection for information security analyst roles has increased 417.74% from 7.61% to 39.40%. And prospects are looking similar in Massachusetts where projections have increased by 370.87% from 6.18% to 29.1%.

According to our research, Virginia is the best state in which to be an information security analyst. It was the highest-ranking state for the number of people currently employed in these roles, employment per 1,000 jobs, and the number of job vacancies currently available. It also received a high score for its average annual salary.

However, there were some weak points to Virginia’s cybersecurity landscape. Since 2014, the average salary and number of people employed in these roles have grown at a slower pace than in many other states. But this is perhaps due to the vast number of roles already available, and it doesn’t seem to dampen the long-term projections for these roles (45.4 percent growth from 2018 to 2028).

Texas, Nevada, Maryland, and North Carolina were the other four states that made up the top five. Texas and Nevada both performed better than Virginia with recent salary increases over both one- and five-year periods. However, only cybersecurity analysts in New York ($121,750), New Jersey ($121,570), and District of Columbia ($119,160) receive a higher average salary ($122,000) than those in Virginia ($111,780).

At the bottom of our table was Vermont—it scored fairly low for average annual salary, the number of jobs currently available, and its one-year increase in employment and annual salary. This is probably due to a lack of demand for these roles within the state. However, when we look at the long-term growth projection for roles by 2028, things do look like they could get better. While there was a decrease in employment (-7.96%) over the past year, the projected 10-year forecast predicts growth of 21.40%. Average salary decreased slightly (-1.41%) in the past year but the average salary for these roles is 48.09% higher than the state average.

Louisiana, Connecticut, Alaska, and Wyoming were the other four states in the bottom five. Louisiana and Wyoming followed a similar pattern to Vermont in terms of having low salaries, and have both seen declines in employment over the past five years. In Alaska, there’s low demand, and annual salaries have seen a one-year decline, while in Connecticut, both employment and average salaries have decreased over the year. That said, all but Louisiana are expected to see significant growth in the number of available roles within the next 10 years.

Initially, you may consider Virginia thanks to its vast number of current roles and great salary. Or, you might opt for New York with its even more attractive salary ($121,750) that’s 24.7% higher than the average information security analyst salary ($94,984) and 62.22% higher than NY’s average salary (for all types of employment).

You could even look toward somewhere like Utah, which has the best long-term projections for these roles, offering even more job security. The only thing letting Utah down is its salary ($88,480) which is 7.09% lower than the average for information security analysts. But with a 10.52% increase in the annual salary over the last 5 years, it might not be long until you’re enjoying the same or better salary.

Ultimately, the majority of states offer great prospects for cybersecurity roles. All states except Louisiana show at least some positive growth (when looking at the long-term projections) and each and every state has an average cybersecurity salary that’s above the state average for all types of employment.

To score each criterion, we gave each state a point based on where it appeared between the highest- and lowest-scoring states. The state that received the best score for a criterion got 100 points, while the lowest-scoring stats received a zero. Then, all of the states in between these two figures were ranked on a percentile basis to give them their scores.

The states of Arizona, Kentucky, Louisiana, and Puerto Rico didn’t recognize “information security analysts” as roles in their 10-year projections. Therefore, we used the closest roles available—“computer system analysts.” These were only used for the long-term projection scores. Despite giving us low scores they did seem to reflect the demand for cybersecurity roles within these states.

For Wyoming’s 2014 figures (utilized in the 5-year growth calculations), we used the number of people employed in computer systems analyst roles and the corresponding annual average salary, as the relevant information for information security analysts wasn’t available at this time.