How to install ExpressVPN on Firestick – Complete Guide

We'll show you how to install ExpressVPN on Amazon Firestick in just a few simple steps. You can access your favorite content with fast speeds and top security in just a few minutes.
Paul Bischoff TECH WRITER, PRIVACY ADVOCATE AND VPN EXPERT 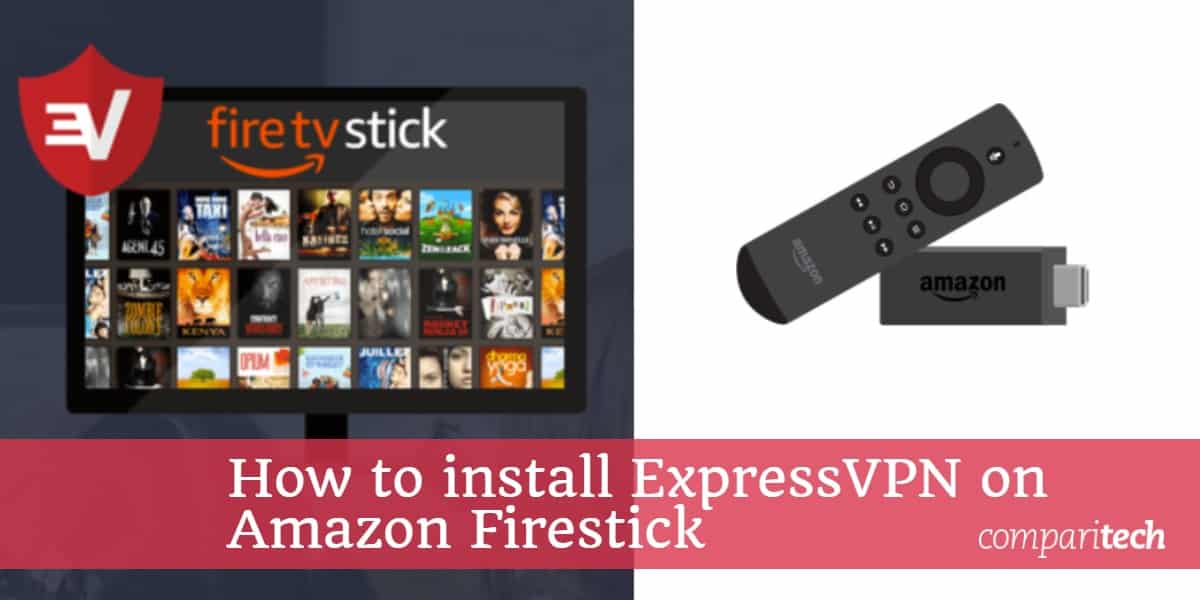 ExpressVPN has launched an app tailor-made for Amazon Fire TV devices, and you can get it now on your second-generation-or-later Firestick, Fire TV, or Fire TV Cube. This lightweight VPN app can unblock geo-locked streaming services and hide your viewing activity from your ISP and other snoopers.

How to install ExpressVPN on a Firestick: Step-by-step instructions

Here’s how to install ExpressVPN on Amazon Firestick: 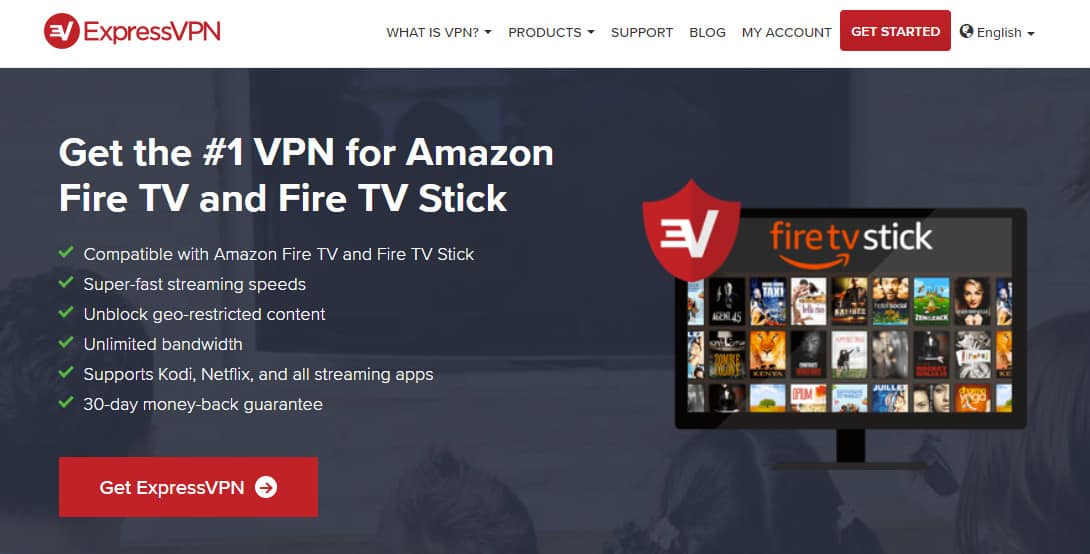 ExpressVPN offers users plenty of bandwidth, so you get plenty of speed to stream in HD or even 4K UHD. The app is available directly from Amazon, so you just need to search for it from the Fire TV home screen and install it directly.

ExpressVPN doesn’t keep any logs containing identifying information; that means no traffic logs or IP addresses. Security is top-notch, and the apps come packed with robust leak protection. Speeds are fast enough to keep you streaming without buffering in high quality.

How a Firestick works with a Smart TV

Smart TVs can use apps and streaming services much like a Fire TV Stick, but most don’t support VPNs. Still, you can use a Firestick with a smart TV the same way you would any other TV.

Plug the Firestick into your TV’s HDMI port and switch the input accordingly. The exact process will vary by TV, but it usually just takes a few clicks with your TV’s remote control. Be sure the Fire TV has USB power as well.

Once you switch over to the correct HDMI port, the Fire TV should turn on automatically. You can then control it with the Fire TV remote.

ExpressVPN operates servers in 94 countries, which lets you unblock a huge range of region-locked streaming services.

Some services are exclusive to one country. Crave TV is only available in Canada, for example. You can access it from outside Canada by connecting ExpressVPN to any server in Canada.

Other streaming services operate in more than one country but have different content available in each. Some shows available in the US from Netflix and Prime Video, for example, can’t be watched from the UK, Australia, or Canada. Again, ExpressVPN can bypass these location restrictions so you can watch what you want, when you want.

Android TV and Amazon Fire TV sticks share a lot in common. They are both based on the Android operating system, and so will run many of the same apps.

The main difference is that Android TV is tied to Google services, whereas Firesticks are tied to Amazon services. Fire TVs have no access to the Google Play Store, for example, and Fire OS runs exclusively on Amazon’s line of Fire devices.

No matter which one you have, ExpressVPN will get the job done. It makes app for both Fire TV and Android TV.

If you’re using an older Fire TV device, such as a first-generation Firestick, you may not be able to run a VPN that stays connected on the device. Luckily, ExpressVPN has you covered.

Every ExpressVPN subscription comes with MediaStreamer, a smart DNS proxy service that unblocks a lot of the same online streaming channels as the VPN. You can replace your device’s default DNS servers in the wifi settings. This also works for other devices that don’t support VPNs, such as Apple TV, Roku, and Chromecast.

Alternatively, you can configure the VPN on a router. ExpressVPN makes its own router firmware, which you can install for free if your router is compatible. Otherwise, you can purchase a “pre-flashed” router from ExpressVPN. Any devices connected to the router will have their internet traffic forwarded through the VPN.

The router firmware even comes with a split tunneling option, so you can choose which devices use the VPN and which don’t. All this versatility makes ExpressVPN a great option if you need to cover a lot of different types of devices.

See also: How to install NordVPN on Firestick

So in closing, a combination of Amazon’s Firestick and ExpressVPN will allow you to stream privately and access the whole international library of streaming service providers. Really, it’s the perfect streaming solution.

Will streaming services detect I’m using a VPN on my account?

Streaming services will usually only detect your VPN if that VPN's servers have been blacklisted prior. ExpressVPN works with the majority of popular streaming services, and thus won't be detected in most instances.

Even if your VPN is detected, it's usually not a problem. Other than HBO, no streaming service penalizes users for attempting to watch through a VPN. They will simply block the stream if they determine you're using a VPN, in which case you can switch servers or try a different VPN provider.

Is there a monthly fee for using Firestick?

No, there is no monthly fee for using a Firestick. You will still need to pay subscription fees for the streaming services you want to watch, though, unless they are free. And, of course, you'll need to pay your internet bill.

Can you watch normal TV on Amazon Fire Stick?

Fire Sticks can't take input from cable, satellite, or over-the-air antennae. But some apps offer live streams of TV channels and radio stations. Some of these are authentic and licensed, while others are pirated, so be cautious and opt for the former.

How to cast from your devices to Fire TV?

Screen casting, also called display mirroring, lets you show your phone screen on your TV in real time. That means you can stream video to your phone but watch it on your TV. Audio is also streamed from your phone to your TV.

Note that built-in screen mirroring support was dropped in the 3rd-generation Firestick and newer Fire Cube devices. You’ll need a third-party app to make it work.

There are a couple of ways to cast to Fire TV. For the official version, you’ll need one of the following devices:

iPhones and devices without Miracast or WiDi will have to use a workaround. See more below.

First, you need to enable screen casting on your Fire TV:

If you’re using a Firestick or device without mirroring support, there are a couple of other options. The first is to use a third-party mirroring app. Airscreen is a popular option.

If your Firestick supports mirroring but your Android device doesn’t have Miracast, some users have suggested another workaround...

How do I connect my phone to my firestick?

There are a couple of reasons you might want to connect your phone to your Firestick:

We’ve already discussed how to screen cast or display mirror above. Here’s how to use your phone as a Fire TV remote:

Can I use ExpressVPN on other devices at the same time?

Yes! You can install ExpressVPN on as many devices as you like, although only five can actually be connected at the same time. If this is a little too restrictive for your needs. you can also install ExpressVPN directly on your router. This is a bit more complicated but only counts as one connection and will secure every device on your home network.