How to install Kodi on Firestick and Amazon Fire TV

The Amazon Firestick is one of the most popular devices for Kodi users. You can easily install Kodi on Firestick devices using one of three quick installation methods.
Paul Bischoff TECH WRITER, PRIVACY ADVOCATE AND VPN EXPERT 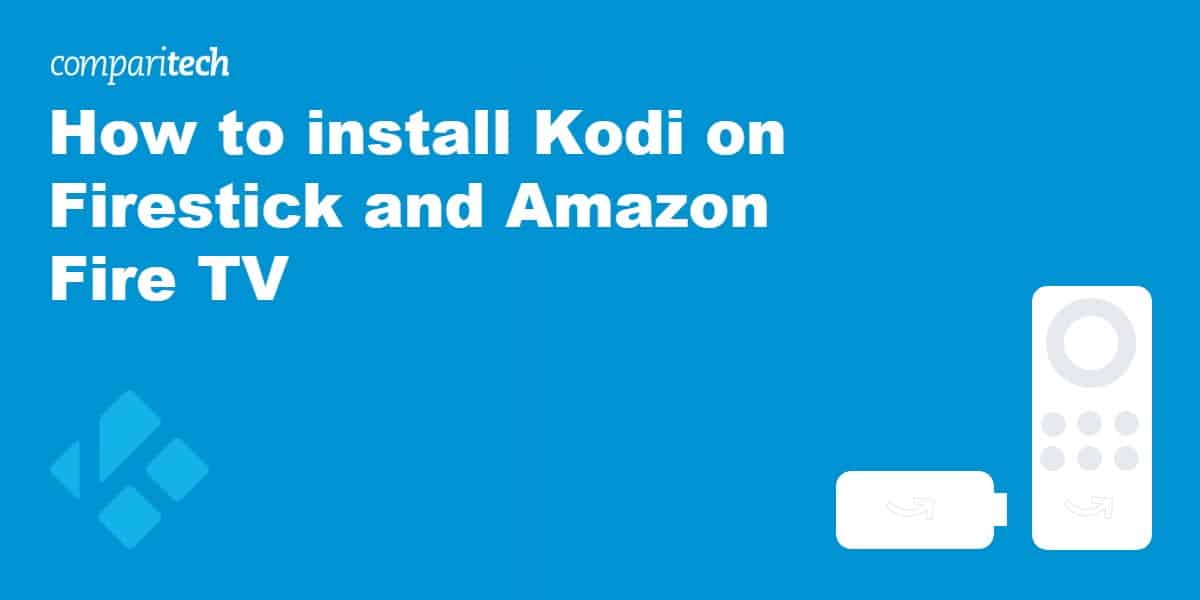 The Amazon Firestick and Fire TV Cube are popular devices for Kodi fans to take advantage of. After all, even if there isn’t a Kodi addon for the service you want to use, you may well be able to find it in the Amazon app store. Below, we’ll explain how to install Kodi on an Amazon Firestick (or Fire TV) so you can create an inexpensive, versatile, and easy-to-use home media center.

Note: If you want to install a Kodi build on Firestick, we recommend you choose one that’s designed for lower-powered devices.

Do not buy fully-loaded Firesticks!

While some YouTubers and eBay merchants sell Amazon Firesticks and Fire TVs with Kodi pre-installed, we recommend you steer clear of these and install Kodi yourself. Those pre-configured “piracy boxes” often contain malware and malicious addons that steal your data, inject advertisements, or use your device as part of a larger botnet, among other nefarious activities.

Warning: Use a VPN with a Kodi Firestick

Kodi is an excellent streaming device but can come with some notable risks. Kodi addons are often created and maintained by third-party developers who are not accountable to either the Kodi XBMC foundation or Amazon. That means they could go rogue and infect addons with malware. For this reason, we suggest thoroughly vetting any third-party addons before installing them.

On top of that, anytime you stream content online through Kodi or otherwise, you risk exposing your personal streaming data to your ISP and others who may be sharing your network. You could even see your speeds reduced if your ISP decides you’re streaming too much.

A Virtual Private Network, or VPN, can help mask your streaming activity and keep your personal information hidden from malicious Kodi addons. Additionally, thanks to a VPN’s encryption, your service provider won’t be able to tell if you’re streaming, torrenting, or just browsing the web, and will be less likely to throttle your connection.

2nd-generation Firesticks and later can use VPN apps directly from Amazon’s built-in app store. We recommend NordVPN, which works great for Kodi and unblocks several popular streaming services from abroad.

How to install Kodi on Firestick

Before we begin, we need to allow the Fire TV to install apps from unknown sources.

You can now use apps from outside Amazon’s app ecosystem, including Kodi.

Amazon Firesticks run on Fire OS, which is really just Amazon’s version of Android. That means you can install the Android version of Kodi onto a Firestick. There are a few different methods you can use to install Kodi on your Amazon Firestick, and we’ve laid these out for you below.

Method #1: Download and install Kodi on Firestick and Fire TV with the Downloader App

While there are several ways to install Kodi on a Firestick this is by far the easiest. It doesn’t require a second device or a file explorer app. Instead, we’ll use the Downloader app to get Kodi directly from the official website. It works will all versions of the Fire TV and Fire TV Stick, including first-generation models. (Note: first-generation Firesticks do not support VPN apps.)

If for some reason the Downloader app in method #1 doesn’t suit you, ES File Explorer is a tried-and-tested download that works in a similar manner.

If you prefer to get the latest version of Kodi from Google Play instead of a direct download APK, and you have another Android device with access to Google Play lying around, you can use Apps2Fire to install Kodi on your Fire TV.

How to update Kodi on Fire TV Stick

Updating to the latest version of Kodi on Fire TV Stick uses the exact same process as a fresh install with method #1 above. Just change the download URL to the latest version from the official Kodi website. When you are prompted to install the update, you’ll be shown any new permissions that Kodi asks for.

That being said, there are a couple of prerequisites to make sure everything goes smoothly.

How to install new Kodi addons

Now that Kodi is up and running on your device, you can use it to access content. Most content comes through addons, which you can download either directly from the official Kodi repository or third-party repositories. For example, you can get addons to watch BBC iPlayer, NFL Network, and Paramount+, among many others.

How you install an addon depends on whether the addon is from the official Kodi repository, a third-party repository, or a direct download. You can access and install all of them from the Add-ons menu in the left sidebar.

If you’re not sure where to start, check out our list of the best legal Kodi addons.

How to uninstall Kodi on Fire TV Stick

If something goes wrong when installing or updating Kodi, or you want to perform a clean install, here’s how to uninstall Kodi on a Fire TV Stick:

Can I install Kodi builds on my Amazon Firestick?

While many users will get along fine with stock Kodi on Fire TV, others might prefer to get a specialized version of Kodi with a unique skin and menu options. An easy way to hit the ground running is with a Kodi build that enhances your Kodi experience.

We preface all Firestick Kodi builds with this warning: While you will get some good, legal content and addons with a build, you may also download and install blacklisted addons as well. Kodi builds often come with a large number of addons pre-installed, and you cannot select which ones you receive. If the build has been around for a long time, it's likely that some of the addons it contains will be broken too, so you'll want to remove these.

A build can be useful by providing new and interesting features to Kodi, but you will need to do your due diligence to ensure you delete the unwanted piracy addons before you use it.

If you've already got Kodi for Firestick installed and want to try a new build, make sure you perform a fresh install first. Fire TV Sticks aren't exactly powerful pieces of hardware, so you'll want lightweight builds that won't drag down performance. With that in mind, here are a few builds to consider.

How do I install a VPN on Firestick or Fire TV?

It used to be a bit of a nuisance to get a VPN running on your Amazon Fire device but nowadays, most major providers have an app in the Amazon app store. This means that you can just search for it and install it directly.

If your chosen VPN isn't included, don't worry. You can still sideload the .apk file and get up and running in a matter of minutes. Check out our guide to installing a VPN on Amazon Firestick to learn more.