Need a VPN to unblock content or simply browse more securely? Whatever the case, Black Friday is a great time to buy. With the ProtonVPN Black Friday deal 2021, you can make a substantial saving.
Mark Gill TECH JOURNALIST, VPN AND PRIVACY SPECIALIST 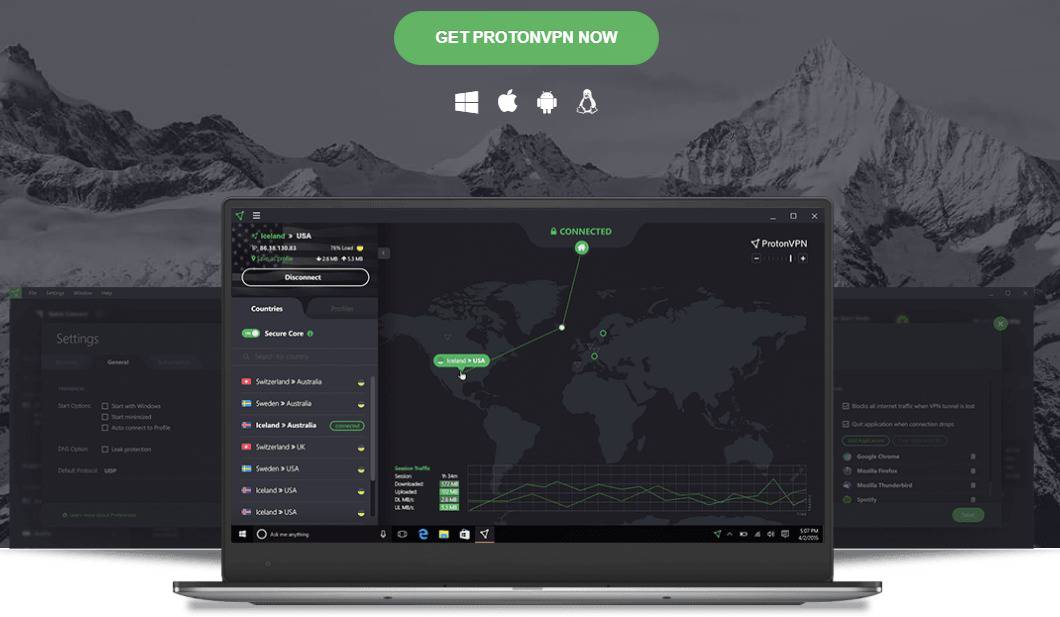 SAVE 50%:ProtonVPN is offering 50 percent off its 2-year plan.

ProtonVPN is a relatively young VPN service from the provider of ProtonMail. It launched in 2017 and has since grown to offer nearly 1,500 servers across 60+ countries worldwide. With fast speeds and unlimited bandwidth, it’s a popular choice among streamers and torrenters. Black Friday is fast approaching, which means VPNs such as ProtonVPN are now available at an even better price than before. Let’s take a look!

Why should I buy ProtonVPN on Black Friday?

There are hundreds of different VPN providers on the market. With competition so high, it’s not uncommon for VPNs to provide special offers to incentivize potential customers. However, it should be noted that not all VPNs are worth your time and money. In the case of ProtonVPN, you’re getting a quality all-rounder. What’s more, by buying ProtonVPN on Black Friday, you’ll get it at a much better price than you could normally.

Not sure where to start when it comes to looking and comparing the many different Black Friday VPN deals? Take a look at our best Black Friday Deals of 2021 list for the latest information on the most competitive offers.

Why should I choose ProtonVPN?

ProtonVPN is a strong all-rounder, making it a safe choice whether you need a VPN for securely browsing, streaming, or torrenting. It’s one of the fastest VPNs, averaging 66 Mbps in our speed tests. It also offers unlimited bandwidth and lets you stream without lag or buffering (in fact, it works well with both Netflix US and Amazon Prime Video). It also allows P2P. Overall, ProtonVPN has approximately 1,500 servers across 60+ countries.

This is one of the more secure VPNs you can use, with security features including 256-bit AES encryption, a kill switch, and protection from DNS leaks. Headquartered in Switzerland (a country with strong privacy laws), it operates a no-logs policy. Better still, you can pay for this service in Bitcoin, offering a level of anonymity that many VPNs simply don’t provide. Last but not least, there’s even an ad blocker and Double VPN servers (Secure Core).

You’ll find ProtonVPN apps for all major operating systems. These are easy to use for beginners, while more advanced users aren’t short of configuration options. Of course, if you have any questions, you can always get in touch with this VPN’s email support. Aside from offering a competitive Black Friday Deal, ProtonVPN also comes with a 30-day money-back guarantee. As such, you’ll have plenty of time to try it out risk free.

If you sign up for the ProtonVPN Black Friday Deal 2021, you’ll have access to plenty of features for an even better price. Here’s are a few of the most notable:

What about ProtonVPN’s Cyber Monday deal?

The good news is that even if you miss out on getting a VPN on or before Black Friday, chances are you’ll still be able to get a great deal on Cyber Monday. That’s because the Black Friday deals of most VPNs tend to carry on for a few more days until Cyber Monday has concluded. This is likely to be the case with ProtonVPN although they haven’t yet confirmed this at the time of writing. However, it’s worth remembering that once Cyber Monday has passed, prices will be returning to normal.