What is the Kodi Bae repo? Is it safe and legal to use? 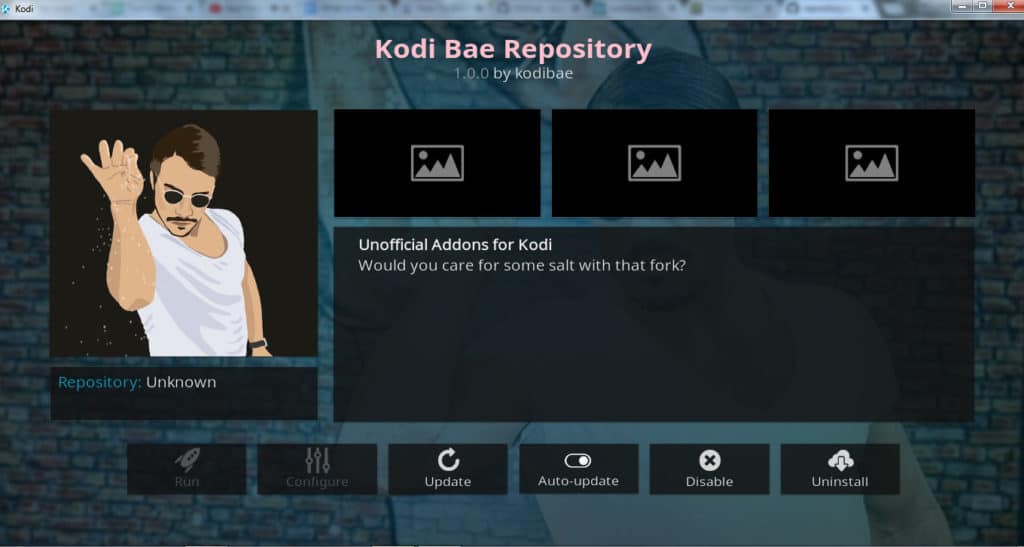 If you’ve been trying to find the best Kodi addons to get free TV and movies, you may have heard that you need to install Kodi Bae Repo. Supporters of Kodi Bae say that other Kodi repos have gone offline, leaving Kodi Bae the only place to find the addons most users want. But is this really true? And is Kodi Bae legal to use and safe to install on your device?

In this article, we’ll explore what the Kodi Bae repo is and what addons can be found within it. We’ll also discuss some risks you may be taking by installing Kodi Bae addons, as well as some alternative Kodi repos to use if you don’t want to take these risks.

Kodi is an open-source media player software. It allows users to play videos in many different file-formats, including MPEG4 and WMV. By running apps called “addons,” Kodi can also be used to stream videos from the Internet. This has made it popular with consumers who use TV devices like the Amazon Fire Stick, Nvidia Shield, and Apple TV to watch free television and movies online.

Kodi users that watch unlicensed video streams often use VPNs to keep their activities a secret. But VPNs are actually useful for any Kodi user, even ones that only stream from official, legal sources.

Many legal, streaming video sites block users who are located outside of particular countries. They do this as part of licensing agreements with content creators, who often want to charge residents in some countries for content that is available for free in other countries. However, the only way a site can know where a user is located is through his/her IP address. Using a VPN prevents the site from getting this information. As a result, VPNs often provide video-streamers with more options for content to watch.

In addition, VPNs help to protect users against buffering caused by ISP speed throttling and man-in-the-middle attacks by hackers.

Despite these advantages, many VPNs are not suitable for Kodi users. Most don’t have apps for popular TV devices that run Kodi. Many don’t have servers in enough countries to suit the needs of video-streamers. Some keep logs, creating a new privacy risk.

For these reasons, we recommend IPVanish for Kodi users. It has an app for Amazon Fire Stick and Nvidia Shield, has servers in over 60 countries, and keeps no logs.

What is the Kodi Bae repo?

The Kodi Bae Repo is a repository that holds some very popular Kodi addons, including 9Anime, cCloud TV, Exodus, PrimeWire, SportsDevil, Ultimate IPTV, and others. Some of these addons were previously part of the old Fusion and Colossus repositories. When these old repos were shut down, Kodi Bae became a popular place to find these addons.

Fans of Exodus, cCloud TV, PrimeWire, etc. claim that these addons provide access to a huge catalog of free movies and TV. But while this might seem great at first glance, there are some problems with Kodi Bae repo addons.

Related article: cCloud TV, should you install it?

Problems with the Kodi Bae Repo

All of the addons provided by Kodi Bae contain links to unofficial (pirated) video streams. In fact, the vast majority of the links lead to such content. If you are looking for legal streams of your favorite shows and movies, you will find very little of what you’re looking for in Kodi Bae repo.

In addition, some of the addons are no longer being developed, and their creators have retired. For example, Exodus was developed by several different coders over the years, but was discontinued after the old Fusion repository was taken down. For another example, Sparkle and XXX-O-DUS were created by Echo Coder, who stopped tweeting in the summer of 2017 and hasn’t been heard from since.

Since these addons are no longer being developed, they have many dead links and poor streams, creating frustration for anyone who tries to use them. And since the developers have retired, they cannot say if these particular copies of their addons are authentic or not. This increases the risk that these addons may have been tampered with and have malicious code in them, or that they may be altered in the future to contain such code.

Because these addons almost exclusively provide pirated content and because of the security risks of using them, we do not recommend installing Kodi Bae repo. Instead, we recommend the perfectly legal and fairly safe alternatives listed below.

The following Kodi repos provide addons that stream from authorized, official sources. In addition, these repos are quick to expel addons that are found to have malicious code in them. Although no Kodi repo is 100% safe, we believe these are significantly less risky than Kodi Bae. 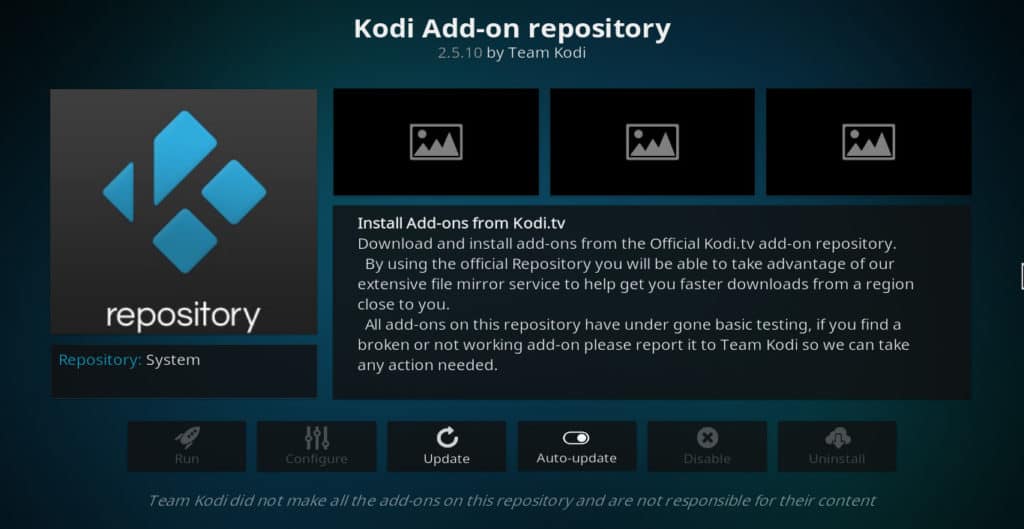 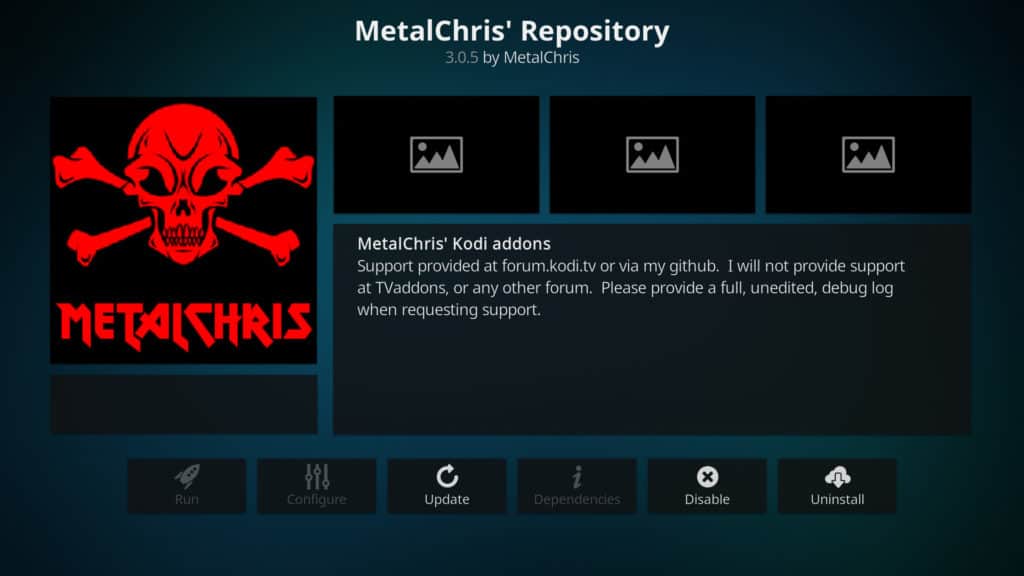 The MetalChris repo only allows addons that stream from official sources. It’s a fairly safe repo to use and has some very useful addons.

The best way to install MetalChris is to use the TVAddons Indigo addon installer. From Indigo’s main menu, click addon installer. Then, select video addons. Select the first letter of one of MetalChris’ addons, then choose this addon from the list. Click install. Kodi will ask you if you want to install both MetalChris and the addon you’ve selected. Click yes to install them both. If you don’t have Indigo yet, here is how to install it.

Here is a list of some of the best MetalChris repo addons: 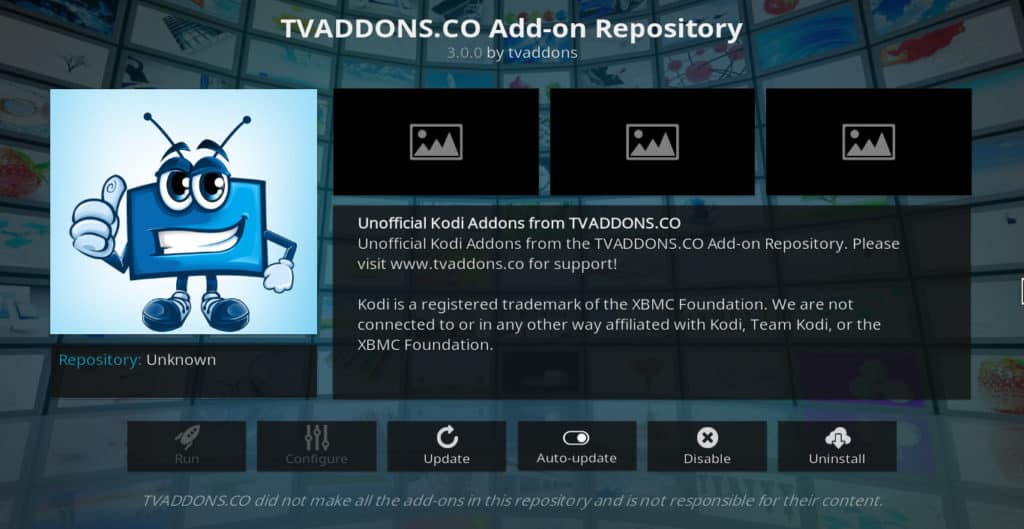 TVAddons used to provide the old Fusion repository that held Exodus and other pirated-content addons. However, they were sued by the MPA and shut down. Since then, they have purged all of their illicit addons and moved to a new site. While we only tentatively recommended the old Fusion repo in the past (it no longer works, anyway), the new one has some excellent addons for Kodi users.

To install TVAddons repo, click the repository.xbmchub-x.x.x.zip file at the bottom of the official TV Addons repo page to download it. Then click addons → package installer (open box icon) → install from zip file. Navigate to the place you saved the file in and click to install.

Once you have the TVAddons.co repo on your Kodi, click addons → package installer → install from repository → TVAddons → video addons → (name of addon) → install to install the particular addon you want.

Here is a list of some of the best TVAddons.co repo addons:

We hope you’ve enjoyed this guide to Kodi Bae repo and alternatives. If you’d like more info about how to play the best shows and movies using Kodi, check out some of our other articles on the subject, including the 7 best Kodi repos, how to install Crackle for Kodi, how to install Tubi TV for Kodi, and many others.