How to watch the 2019 British Masters online for free

Looking to stream the 2019 British Masters online? We’ll explain how to watch the British Masters golf tournament for free, from anywhere in the world.
Ian Garland Streaming, Kodi and VPN Expert 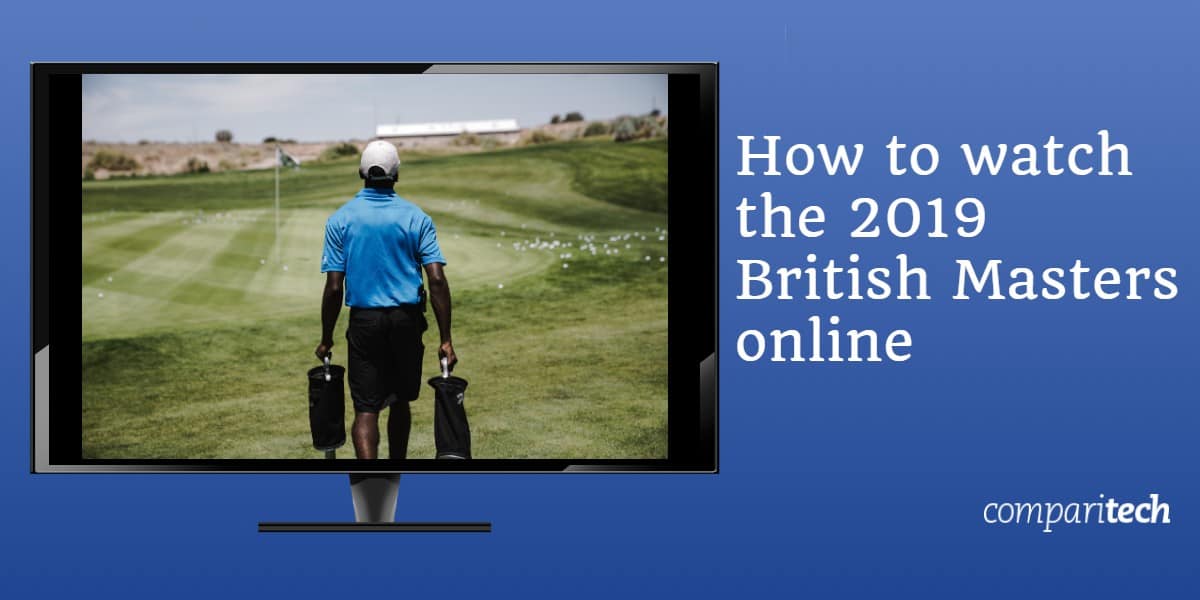 The Betfred British Masters is a small part of the PGA European Tour but this year promises to be one to remember. For the first time, the world’s best golfers will descend upon the Hillside Golf Course in England, known for abundant sand traps and difficult back nine. The 2019 British Masters will run from May 9–12, with games being played from 7:30 AM BST (11:30 PM PST / 2:30 AM EST) until at least 3 PM each day. Below, we’ll let you know how to watch the British Masters live stream free online, wherever you are.

Note that we’ll only be recommending official sources. Although major sporting events are often available on third-party streaming sites, we strongly advise against using them. To begin with, unlicensed streams are often laggy with low-resolution video. Additionally, there’s always a chance that the video will be taken offline for copyright violation partway through. You can watch the entire 2019 British Masters online for free anyway, so there’s no reason to resort to shady, unauthorised streams.

The platforms showing the British Masters are all region-locked. As such, you’ll need a VPN to access them from abroad.

How to stream the 2019 British Masters abroad with a VPN

Virtual Private Networks (VPNs) encrypt your traffic, keeping your activities hidden from prying eyes, but they also allow you to access geo-restricted streaming services while abroad. Below, we’ll explain how:

The 2019 British Masters will be shown live, so it’s important that you test your VPN well in advance of its start time. This approach ensures that if anything doesn’t work as expected, you should still have time to contact your VPN’s support team for help and might not have to miss the start of the broadcast.

How to watch the British Masters for free on US TV

The only way to watch the British Masters in the US is on NBC’s Golf Channel. While this platform allows you to pay for something called a GOLFPASS, you don’t actually have to in order to watch this event. Unlike most of NBC’s sports channels, this one is actually free-to-watch, provided your cable TV package already includes NBC Sports.

Don’t worry: there are ways to watch even if you don’t have cable. The Golf Channel allows you to sign in with your fuboTV, Hulu + Live TV, PlayStation Vue, DirecTV Now, Sling TV, or YouTube TV account. Although these services tend to be quite expensive, they all come with a free trial that’s long enough to watch every round of the British Masters.

The Golf Channel is only available in the US. It’s still possible to access it from abroad by connecting to an American VPN server, however.

Where else can I watch the 2019 British Masters?

It should come as no surprise that there’s high demand to watch the PGA European Tour internationally. Luckily, the PGA has listened and sold broadcast rights to networks in over a dozen countries. Take a look below to find out where you can follow all of the action live:

Sky Sports has exclusive rights to show this tournament in the UK. If you’re already a member, you can freely stream every round using the Sky website or Sky Go app. Existing Sky TV customers can add the sports channel pack from £18 per month, but given the British Masters only last four days, this is likely overkill.

Instead, it’s far easier to purchase a Sky Sports Pass on Now TV. A seven-day pass costs just £14.99, and you can start watching immediately. You don’t even need a Now TV account to buy a Sky TV pass; just enter a few details and you’re done.

Sky Sports and Now TV are both geo-restricted. As such, you’ll need a VPN to use these streaming services from outside of the UK.

Australian golf fans can follow all of the action live on Fox Sports. While this network won’t show constant live coverage, there are periodic broadcasts throughout the day at 8:30 AM, 5 PM, and 10 PM AEST.

Foxtel customers can sign in and start watching right away using the Foxtel Go app. Don’t have cable? In that case, you can simply register for Foxtel Now. Subscriptions start at $25 AUD per month but this service also comes with a ten-day free trial, during which time you’ll have access to the sports channels. If you remember to cancel once the British Masters is over, you can effectively watch them for free.

Foxtel Now and Foxtel Go are only available in Australia. An Australian phone number is required during registration so it’s difficult for foreign users to sign up. Australians in other countries can use these services as normal by connecting to a VPN, however.

Canal TV is showing this tournament on its Golf+ channel. You can sign up for a digital pass for €19.90 per month, and there’s a 50% discount if you’re under 26 years old. Best of all, this service comes with a one-month trial. Canal accepts major credit cards, meaning it’s technically possible to sign up from anywhere using a prepaid card.

This platform is only available in France. Users in other countries can access it from abroad with a VPN.

Don’t panic if we haven’t mentioned your country above; it’s just that the British Masters is being broadcast in too many countries to address individually. In fact, even if you live in a fairly remote location, there’s a good chance that you’ll still be able to watch. You can find out which local networks are showing this tournament by checking the official European Tour website.

How does the British Masters tournament work?

The British Masters has a fairly straightforward format. Each golfer plays the entire course, and after 36 holes, half are cut, with those who performed best (including ties) moving on to the third round. The whole process then repeats, and the golfer with the lowest score after 72 holes wins the tournament. Should two or more players tie for first place, they’ll play another round until one comes out on top and takes home £500,000 (around $650,000 USD) in prize money.

Which golfers are expected to do well?

Tommy Fleetwood is this year’s favorite. The Englishman (who’s actually hosting this event too) has had a tremendous few years, placing in the top five at the US Open and winning the Abu Dhabi Championship. Tyrell Hatton and Eddie Pepperell are also tipped to put in strong performances, although Hatton tends to place low on the leaderboards, and Pepperell has been worryingly inconsistent of late.

Still, at Hillside, it only takes one mistake to end your tournament. Despite the well-kept front nine, the back holes are wilder, with steep slopes and deep dunes that are very difficult to escape from. To make matters worse, some, such as hole 13, force golfers to play into the wind. Whoever wins, the 2019 British Masters promises some very exciting matches.