On July 15, boxing legend Manny Pacquiao is set to challenge Lucas Matthysse for the WBA World Welterweight Title. It’s sure to be an unforgettable bout, and best of all, you can watch the entire thing live online. In this post, we’ll explain where you can live stream Matthysse vs. Pacquiao online, and show how a Virtual Private Network (VPN) can enable you to watch, no matter where you are in the world. We’ll cover official streaming sources which include paid options and one with a free trial. 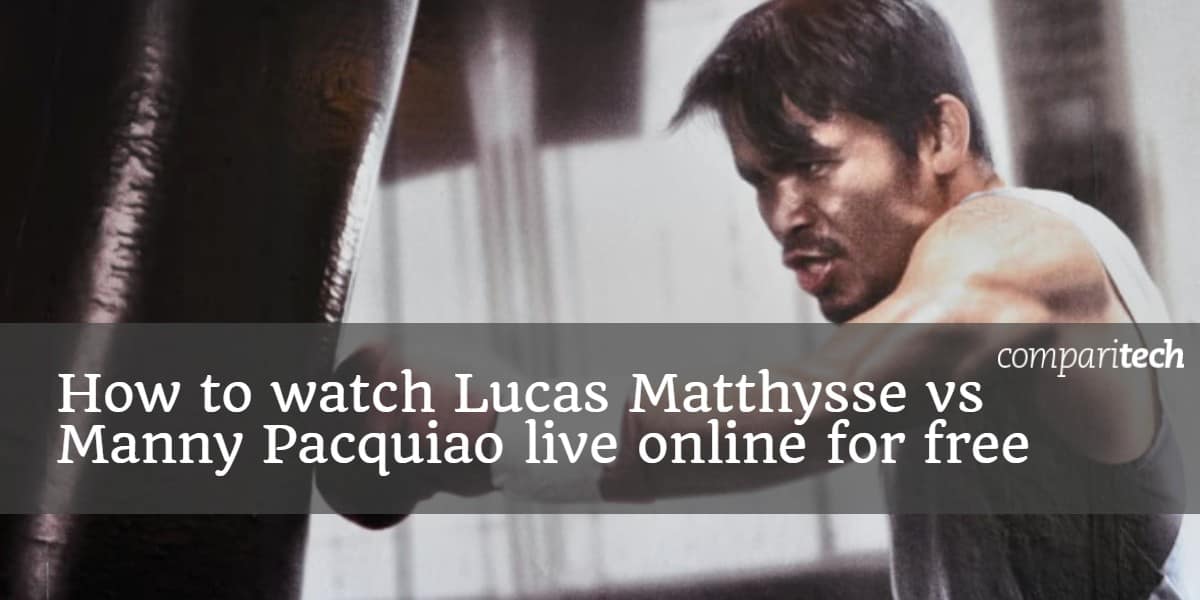 Matthysse is facing off against Pacquiao on July 15, at 6 PM PST (9 PM EST / 2 AM BST). The fight will take place at the Axiata Arena in Kuala Lampur, Malaysia. This stadium has a capacity of 14,425, but because of the prestige both fighters have, it’s almost certain to be a sold-out event. Don’t worry if you can’t make it in person; we’re about to let you know where you can stream the entire event online. 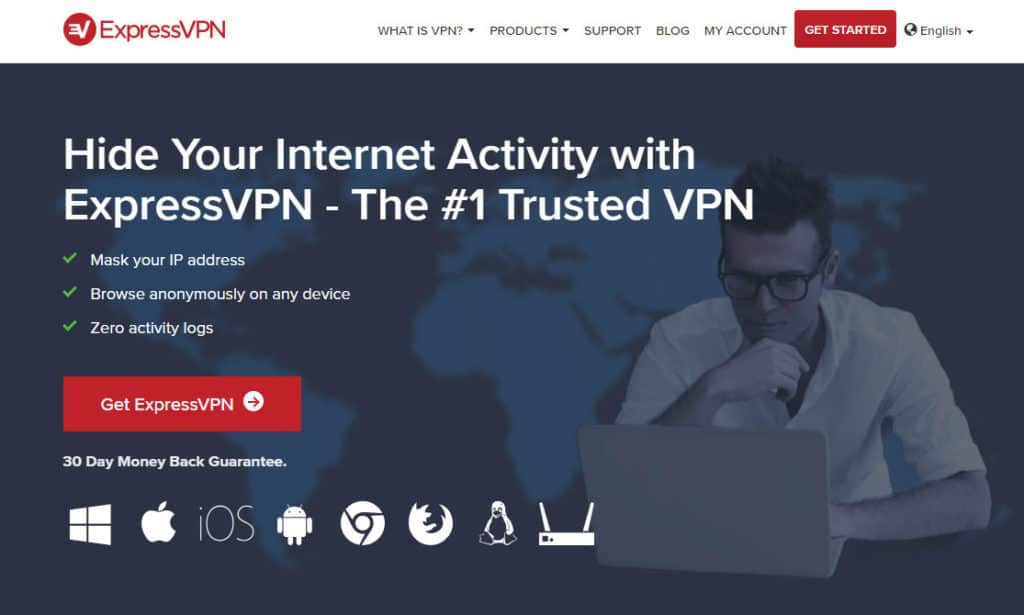 VPNs are the easiest way to stream safely and access your usual streaming platform from abroad. We recommend ExpressVPN: with high-speed servers in 94 countries and a range of advanced security features, users get the best of both worlds. Also, this service has exceptional unblocking capabilities.

You can sign up in a matter of minutes. Just choose a one, six, or twelve month subscription and complete the payment process. This VPN boasts a 30-day money-back guarantee, so you can test the service out by watching the Matthysse vs. Pacquiao fight. If ExpressVPN doesn’t meet your expectations, you can cancel within 30 days to receive a full refund.

EXCLUSIVE DEAL: Get an extra three months at no added cost by signing up to ExpressVPN’s annual plan. As mentioned, this includes a 30-day money-back guarantee so you can trial it risk-free.

How to watch Lucas Matthysse vs. Manny Pacquiao with a VPN

First time using a VPN? No problem — they’re actually very simple to use:

How to stream the WBA World Welterweight Title Match online

The WBA World Welterweight Title match is being shown in five different countries, each with its own sources. Below, you’ll find country specific guides to streaming Matthysse vs. Pacquiao wherever you are.

This fight will be shown on ESPN+ in the US. It will be broadcast in both English and Spanish. ESPN+ is the only official source for watching Matthysse vs. Pacquiao in Spanish.

This service usually costs $4.99 per month, but it comes with a seven-day free trial. As a result, you can sign up, start your trial, and cancel once the fight is over, effectively watching Matthysse vs. Pacquiao for free. Note that ESPN+ asks users to provide a US-registered payment method when signing up. As such, it’s near-impossible for non-US residents to take advantage of the free trial.

British boxing fans can catch all of the action on Box Nation. This streaming service costs £12 per month, and has an additional £8 registration fee, unless you’re an existing Virgin Media customer. Unfortunately, there’s no free trial period and you have to phone up in order to cancel.

If your current cable package includes BT Sport, Box Nation is included at no extra cost, although only in standard definition. The only way to watch in HD is by signing up for Box Nation independently of your cable provider.

The Philippines has more ways to watch Matthysse vs. Pacquiao than any other country. However, there are only a couple of sources that can be watched live online. ABS-CBN and GMA are both showing the fight for free on TV, but not online, and while The 5 Network has a free live stream, it doesn’t currently appear to work.

This leaves two premium options: Cignal PPV and SKY On Demand. Of these providers, only SKY has an online player. You can purchase a pass for the Matthysse/Pacquiao fight for P949. This allows you to watch the fight live, as well as replay it for up to seven days afterwards. 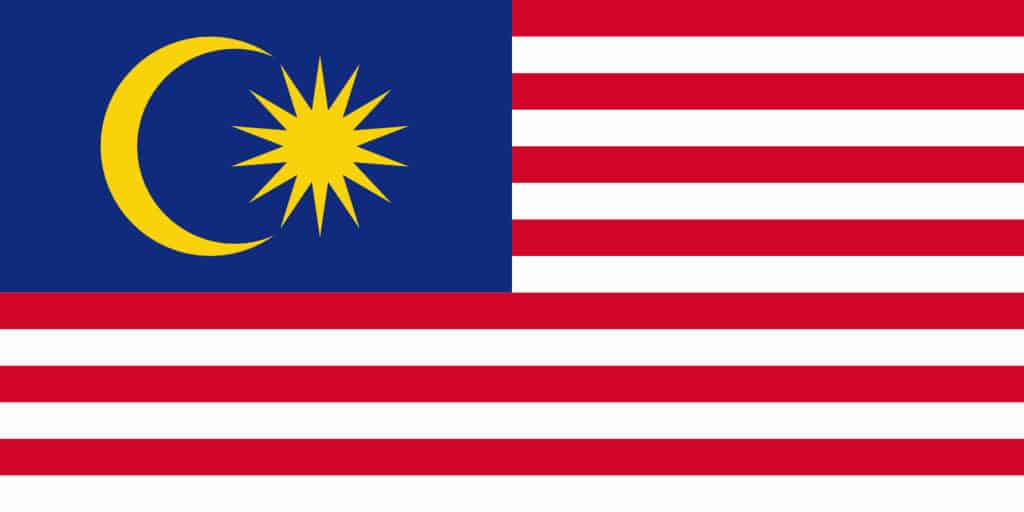 Malaysia only has one broadcaster showing the fight: Astro SuperSport. Registered users can watch it live online, but there’s a major roadblock for foreign viewers: to sign up, you’re asked for your NRIC. This is a uniquely numbered Malaysian ID card, meaning that without a friend or relative willing to sign up for you, Astro SuperSport is off-limits.

In Australia, the only way to watch is via Main Event on channel 521. The Matthysse vs. Pacquiao pass costs $39.99 (AUD) and allows you to watch live, with replays at 4:30 PM and 11 PM later that day.

Although you can watch Optus Sport and selected Foxtel channels online and with their respective mobile apps, unfortunately, neither of these allow you to stream Main Event’s content.

As in Australia, this event is only available on pay-per-view in New Zealand. Passes can be bought for $34.95 (NZD) on SKY Arena. While you can buy a pass online, you can’t stream the fight at all, even on the various SKY apps. As such, the only way to watch is on cable TV, specifically channels 038 and 039.

Who is expected to win: Matthysse or Pacquiao?

Both competitors are exceptional boxers, there’s no doubt about that. Pacquiao was an unstoppable force in the sport for over a decade, but this does raise questions about whether or not he’s past his prime. In recent years, he’s turned his attention to other sports, music, acting, and even politics, whereas Matthysse has dedicated himself to boxing wholeheartedly.

Despite this, Pacquiao is still the favorite to win. He has, after all, won world titles in five different weight classes. He’s fought in almost twice as many professional matches as Matthysse (77 to Matthysse’s 44), but it’s worth noting that Matthysse has a higher knockout percentage. It could be the case that all he needs is a few good punches on Pacquiao to surprise everyone in the arena.

Header image: mural of the man inside Fatlace by Eric Molina, licensed under CC BY 2.0.