Workaround for UFC blackout restrictions with a VPN or Smart DNS 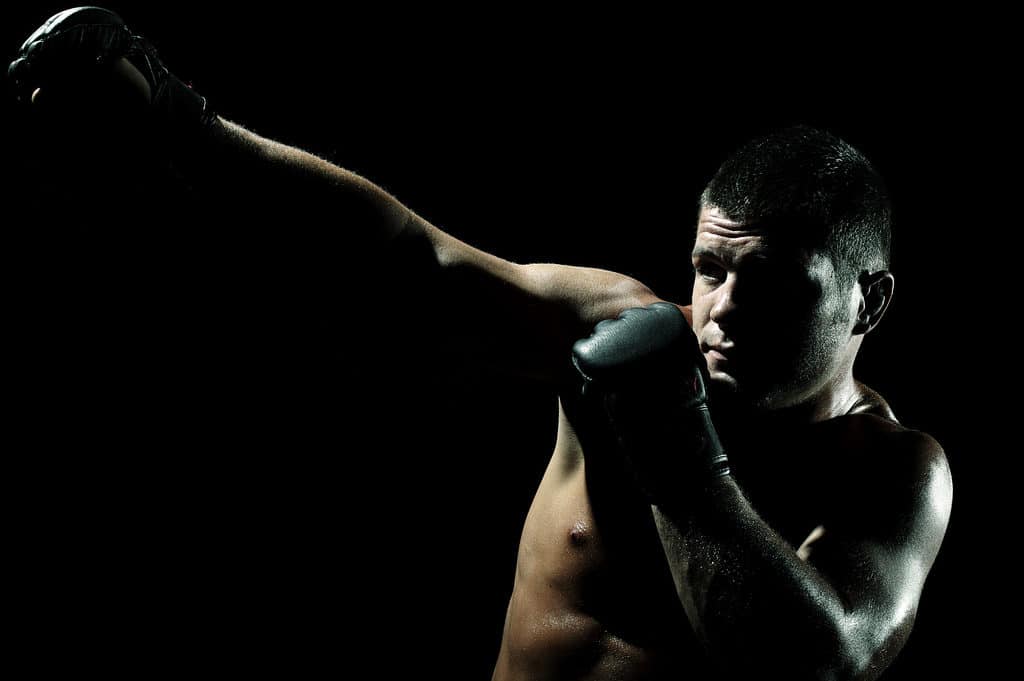 The UFC brings all the world’s best mixed martial artists together into a single octagon, but the organization’s broadcasts are hardly global. Broadcast rights are doled out to local TV channels and streaming websites in countries outside of the US.

RELATED: How to watch McGregor vs Khabib online or on Kodi

As a result, some fights might be blacked out in certain countries. Fans who pay $10 per month for a Fight Pass subscription might be surprised to find out that they don’t necessarily have access to every live fight. The same goes for pay-per-view viewers. Blackout restrictions can vary from fight to fight and are tucked away in the fine print.

Fight Pass subscribers in a blacked out country or region who try to stream an event online are greeted with a message like this: 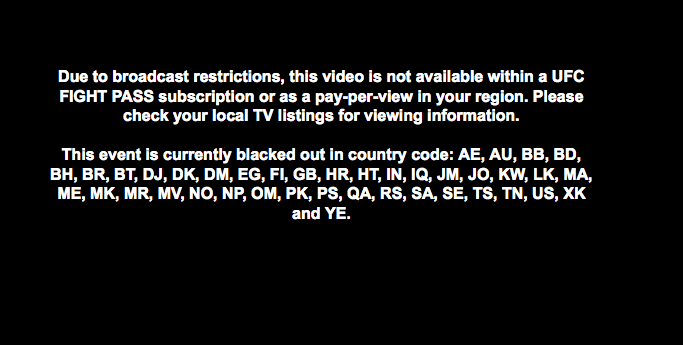 “Due to broadcast restrictions, this video is not available within a UFC FIGHT PASS subscription or as a pay-per-view in your region. Please check your local TV listings for viewing information.”

That means you’ll have to find your country’s local rights holder, sign up, and pay for the fight (again). These local providers often grant a lesser experience than UFC.tv, such as a poor user interface or worse video quality. In France, for example, there’s Kombat, while in Germany there’s Ranfighting. Never heard of them? Neither have we.

Another problem with third-party broadcasters is they don’t allow users to watch replays on demand. A fight taking place in the evening in the United States may not start until 5 a.m. in Europe, which isn’t exactly prime time. UFC.tv allows subscribers to watch replays at their leisure, but local rights holders rarely have this option.

How to bypass UFC blackouts with a VPN or smart DNS

If ordering a pay-per-view fight that you’ve already paid for from a company you’ve never heard of (and possibly in a language you don’t understand) doesn’t appeal to you, we have a better solution.

A VPN or smart DNS provider can trick the UFC.tv website into thinking you’re located in the US, thereby bypassing the blackout. These tools act as proxies through which some or all of your internet traffic is re-routed, assigning you a new IP address and spoofing your device’s location.

We recommend using a paid service to avail of speeds fast and reliable enough to stream live video. It’s not free, but it’s almost definitely cheaper than ordering the fight on pay-per-view. A few VPNs, such as ExpressVPN, have money-back guarantees in case you want your money back after fight night ends. In addition to the money-back guarantee Express VPN currently has 3 months extra free with 12 month plans.

The process for watching with a VPN is simple:

And for a smart DNS proxy:

The process works for live streaming pay-per-view fights as well, though you might have to choose a server location in the same place as the pay-per-view provider.  Generally speaking, VPNs are simpler to set up, but smart DNS proxies work on a wider range of devices.

Alternatively, you can opt for watching UFC on Kodi, although be sure to check legality of the content you stream. Many Kodi stream are unofficial and breach copyright laws.

Why does the UFC black out fights?

To put it simply: greed.

The UFC can make more money by licensing out content to other providers, who resell the same broadcast, than by selling individual Fight Pass subscriptions and pay-per-view orders. Fracturing the market among these providers is more profitable for the UFC, but worse for the consumer.

If it wanted, the UFC could refrain from geographic content licensing and simply keep all of its streams and broadcasts under one in-house umbrella. This is how the WWE, which uses a similar model, is available in almost every country at the same price with no blackout restrictions.