How to watch the 2021 French Open on Kodi

The 2021 French Open (Roland Garros) is broadcasting around the world this week. You can watch directly on Kodi using half a dozen different sources, some of which are free with a VPN.
Sam Cook Data journalist, privacy advocate and cord-cutting expert The long and storied history of the French Open continues this year from May 30 (the event start was delayed) to June 13. The 2021 French Open (Roland Garros) will be broadcasting live all over the world, with streams available from numerous sources. You can also watch the French Open on Kodi thanks to several must-have and free Kodi addons.

Important note: Our guide only mentions official sources for the French Open (Roland Garros). This annual event features the world’s best tennis players, with fans tuning in worldwide. Some locations may restrict viewing, however, and some viewers may try to turn to unofficial stream sources. However, there are numerous free or low-cost options that offer high-quality streams from official sources. Tennis fans can easily avoid untrustworthy and malicious websites, as well as negative scrutiny and throttling from ISPs.

Warning: Kodi should only be used for content that you have the legal right to access. Neither the Kodi Foundation nor Comparitech advocates the use of Kodi for piracy.

There will be streams available for the 2021 French Open from multiple countries and TV networks.

Here’s how to live stream the French Open on Kodi:

You’ll want to make sure the Kodi addon you’re using is currently functional and properly updated before the French Open begins. If it’s not working, we recommend exploring other streaming options. Additionally, if no Kodi addons work to get the streams you want, we recommend official streaming apps or directly streaming from the websites in question.

The 2021 French Open will be available from dozens of TV networks, with some free options even through Kodi addons. Most streams will be region-locked, however, so a VPN will be necessary on Kodi, if you are traveling abroad.

How to watch the 2021 French Open on Kodi

The following TV services are broadcasting the French Open and are available through different Kodi addons:

Note that unless you’re in the country where these live streams are available, a VPN will be required to unblock geographic content restrictions imposed by each of these services.

Additionally, if you’re currently using Kodi v.19 “Matrix”, some of these add-ons will not work. We recommend Kodi v.18 “Leia” if you plan to watch the French Open on Kodi.

The French Open schedule is as follows. Most country’s broadcasts won’t begin until May 24. The Play RSI Kodi addon is available through the official Kodi addon repository and will be broadcasting the event for free. RSI’s coverage of the event will be in Italian.

You’ll need to connect to a VPN server in Switzerland in order to watch the French Open – Roland Garros live stream. 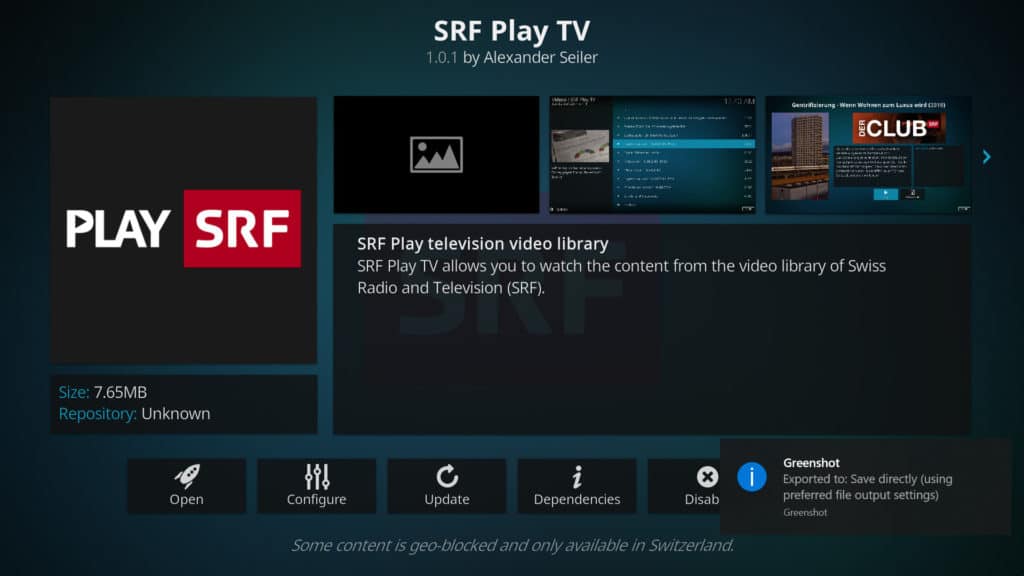 You’ll find the SRF Play Kodi addon through the official Kodi addon repository. SRF will offer free coverage of the French Open, with broadcasts of the event in German.

As with the RSI Kodi addon, you’ll need to use a VPN connected to a server in Switzerland to unblock the live stream. 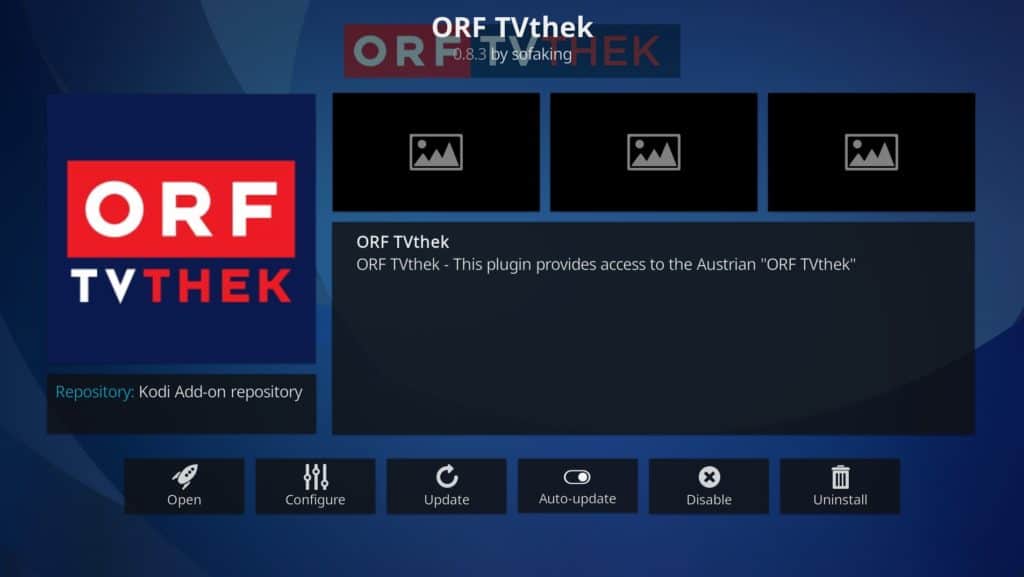 The ORF TVthek Kodi addon is available in the official Kodi addon repository. ORF will offer free coverage of the French Open, with broadcasts of the event in German.

See also: Our article on ORF in German The 9Now Kodi addon will offer coverage of the French Open’s daily events after they air, though some live steams may be available. This is a good option if your time zone or schedule make it difficult to watch Roland Garros live.

You’ll need to connect to a VPN Server in Australia to view streams through 9Now.

This addon is not available in the official Kodi addon repository. To install this addon, do the following:

To get the Tennis Channel and NBC Sports through Sling TV, sign up for an account using the Sling Blue package. Note that Sling TV no longer offers a free trial. You can sign up for $10 for the first month.

The Sling TV Kodi addon is available through the official Kodi addon repository. Only those living in the US can create an account and stream content. A VPN option won’t work to gain access.