What is the world watching on Netflix? 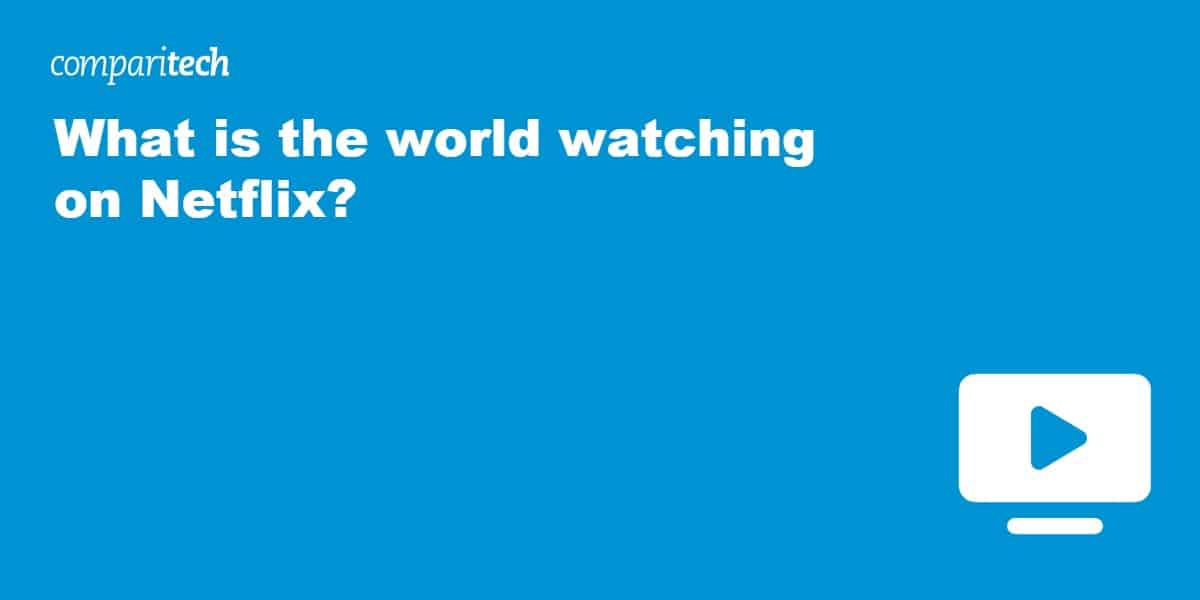 Following the release of our last article, “Which country watches the most Netflix?” which found that South Americans are the biggest Netflix binger-watchers, we can now reveal what the world is watching.

From the favorite movies and series by country to the most popular genres and horror movies on Netflix, we find out who’s watching what.

When it comes to picking a movie, the majority of users love nothing more than a cheesy, heart-warming classic. But when choosing a series, Netflix Originals are giving them the most thrills.

The most popular Netflix movie in the world is Clueless

According to the user data submitted through our tool, most of us turned to Clueless when tuning into Netflix for movie night. But, as we’ll see below, some countries favored this title more than others.

Other movies in the top 5 included Twilight, Mean Girls, The Notebook, and Mamma Mia!, highlighting that romance, comedy, and drama win the race when it comes to movie choices on Netflix. This theme continues into the remainder of the top 10, too, with Wild Child, Shrek (1 and 2), The Kissing Booth, and The Holiday.

The average year for the most-watched movies is 2009, but the most frequent year is 2020. So while users like to dig into the archives to watch the classics, they’re also taking their pick of the hottest new releases.

And, of all the top movies chosen, the average IMDb rating is 6.58. Generally, titles within this range are deemed “good” or “OK” but not “great” or “exceptional.” In fact, if you look at the top 250 highest-rated titles on IMDb, the lowest-scoring is 8.

It’s perhaps no surprise that Netflix Originals are the order of the day when users tune into a Netflix series. Making up 7 of the top 10 titles overall.

There was one standout winner, though–13 Reasons Why. It was favored by the largest number of users who submitted their files through our tool. But the average user only got through 39 percent of the 13 Reasons Why episodes or 1,148 minutes of the total 2,940 minutes available. So while most people have opted to watch this title, they haven’t got through as much of it as some of the other favored titles.

Within the rest of the top 10 was:

Viewers of Sex Education and The Vampire Diaries are, therefore, the more dedicated of viewers having got through the most content within each series. But with almost 4,500 minutes of average viewing time going into The Vampire Diaries (the equivalent of 75 hours), this series has to get the “most binged” title.

The average series IMDb rating was 7.66.

None of the top 10 most popular series are the most completed series on Netflix, according to our data.

Instead, kids’ favorite Dash & Lilly is the most completed series with the average viewer getting through just over 70 percent of all of the available episodes. This is closely followed by the Netflix Original, Self Made: Inspired by the Life of Madam C.J. Walker, with just under 70 percent of all episodes being completed (the entire series only spanned across four episodes, however).

Other Netflix Originals Someone Has to Die, The Queen’s Gambit, and Ginny & Georgia have all had over 69 percent of their episodes watched on average, too. The former is only three episodes long while the latter two are only one series (so far).

However, other popular Netflix Originals haven’t faired as well:

Which movie is most popular in your country? 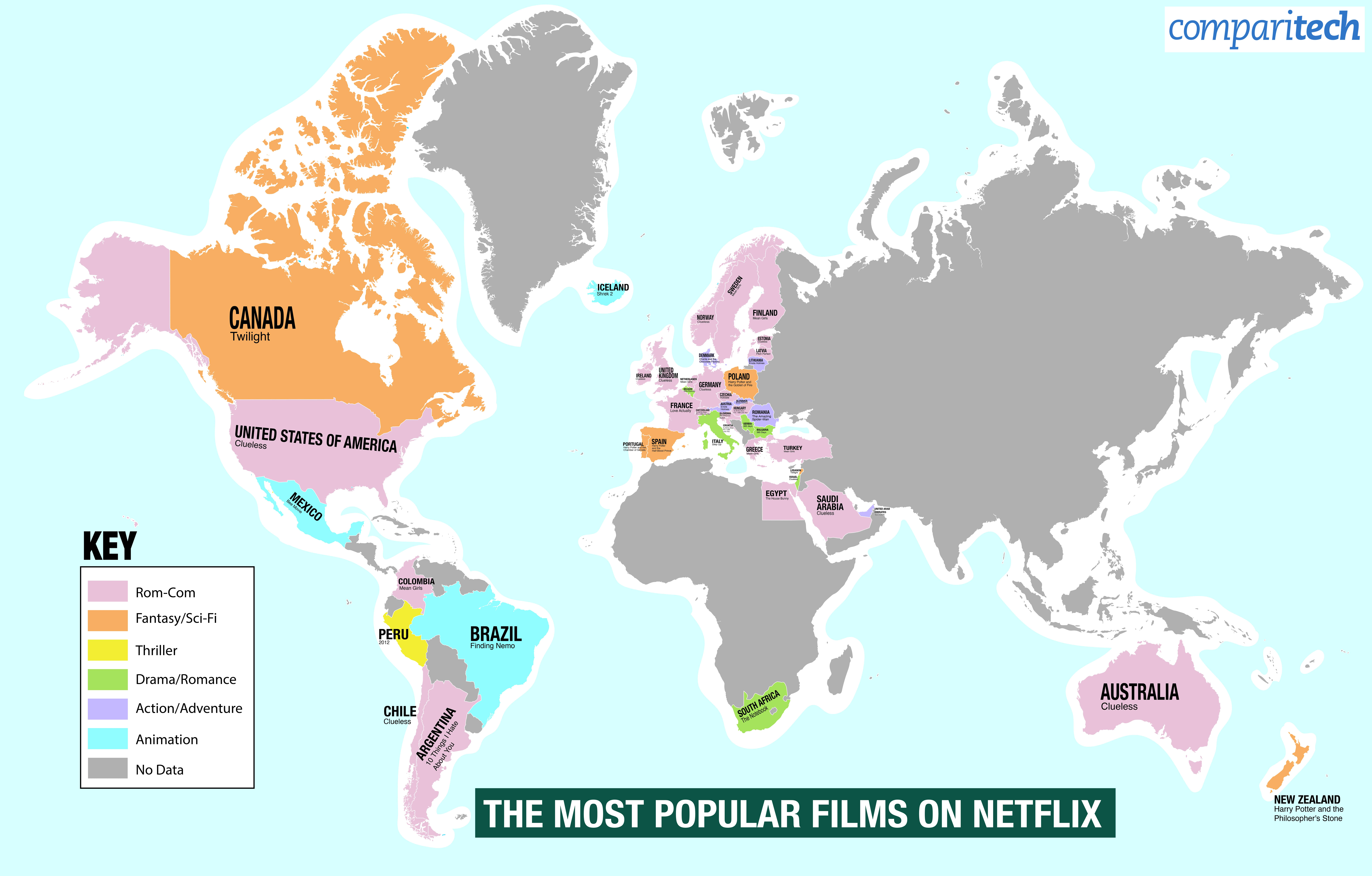 Despite there being some clear favorites overall, there are some significant differences in the top movies by country.

As we’ve already seen, rom-coms dominate the movie charts with Clueless coming out on top in 10 countries and Mean Girls in six countries. But six countries preferred a fantastical twist to their movies with Harry Potter movies dominating in four countries and Twilight in two countries.

Elsewhere, Peruvians (the biggest binge-watchers of Netflix) enjoyed the end-of-the-world thriller, 2012, Mexicans (the fourth-biggest-binge-watchers) opted for animation with the Bee Movie, and Czechians favored the festive Netflix Original from 2020, Holidate.

So, which country is home to the more discerning Netflix movie viewer, and which country opts for the most modern or classic titles?

Interestingly, some of our biggest bingers (Peru, Mexico, Brazil, and Canada) also favor titles rated over 7 on IMDb, suggesting that while they watch the most content they aren’t letting their standards drop when it comes to their movie choices. Not only that, but Peruvians and Mexicans also like to delve into the archives for their movies with their favorites having an average year of 1998 and 1999, respectively.

At the other end of the ratings scale, however, is Lebanon where the average movie has a mere 5.81 IMDb rating. The Belgians also have an average movie rating that’s below 6 on IMDb.

Meanwhile, Slovakians prefer something a little more modern with their average movie being from 2018. This trend is also mirrored by their fellow Central/Eastern European countries (Hungary, Latvia, Croatia, Czechia, Lithuania, and Slovenia) who all prefer titles from the middle of the 2010s.

Which series is most popular in your country? 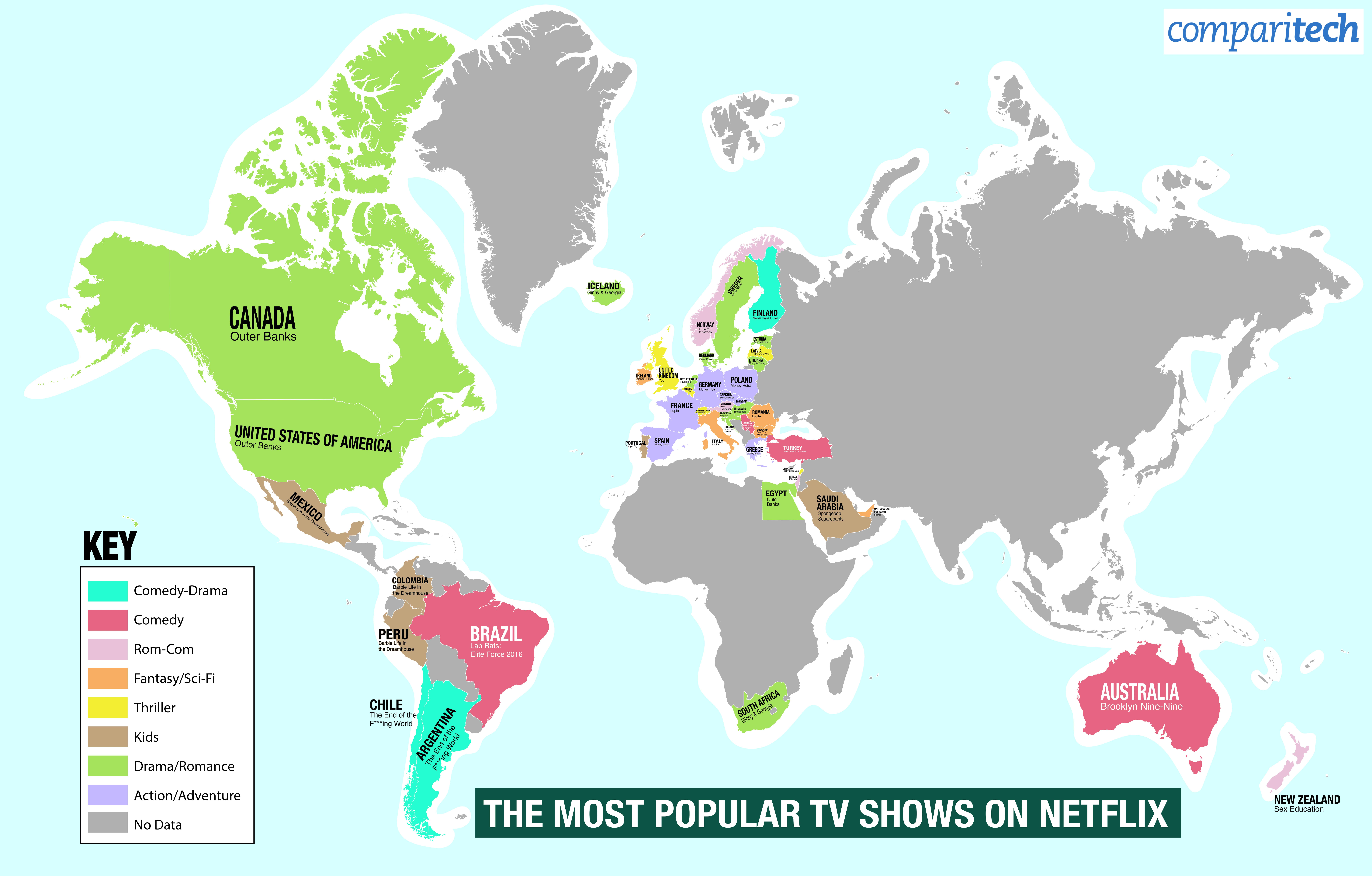 13 Reasons Why was the most popular series overall but was only the top pick in two countries–Switzerland and Latvia. Instead, Money Heist was the series that came out on top most frequently, being favored by users in Czechia, Germany, Greece, Poland, Slovakia, and Spain. Outer Banks was another popular title.

Dramas, thrillers, comedies, and romances were the top choice for most countries but, in a handful of countries, Netflix viewing time appears to dominated by the kids. In our top Netflix consumers, Colombia, Mexico, and Peru, the most popular series was Barbie Life in the Dreamhouse, highlighting that the kids are helping to top up Netflix view times in South America. Equally, the Portuguese and Saudi Arabians are keeping the kids entertained with Peppa Pig and Spongebob Squarepants respectively.

The most popular movie titles by genre

As we’ve already seen, comedy is the favorite go-to movie genre for most, but some countries tend to favor titles from other genres, too.

For example, Australians love a good fantasy, Canadians a romance, and Brazilians and« adventure.

But which is the most popular title in each genre (overall)?

Out of all of these titles (and all of the 10 most popular movies by country), Bratz: The Movie was the lowest-ranking movie on IMDb with a mere rating of 3.1. This title was particularly popular in Norway and Denmark. It was closely followed by 365 Days which has a rating of 3.2 on IMDb and was a popular choice for many European countries and the United Arab Emirates.

The most popular series by genre

Out of all the countries we received data for, it’s perhaps no surprise that drama-based series were the most popular. However, when we take into consideration the two most popular genres by country, things do start to change.

Chile, Colombia, Norway, and Portugal were the only countries not to favor “drama” as their most popular genre. Instead, comedy won the race in these countries. Comedy was also favored alongside drama in a vast number of other countries. However, Australians, Belgians, and Serbians like a romantic drama, Canadians, Croatians, Greeks, Latvians, New Zealanders, Slovakians, Spaniards, Swedes, Emiratis, and Americans like a crime drama, and Estonias and the Dutch like of twist of mystery with their dramas.

Which series came out on top for each genre, then?

Out of all of these titles, (and all of the 10 most popular movies by country), Keeping Up with the Kardashians was the lowest-ranking series on IMDb with a lowly rating of 2.8. This title was particularly popular in Mexico and Chile.

At the other end of the scale was Breaking Bad which is the second-highest-rated series on IMDb with a near-perfect score of 9.4. It is joined in second position by Planet Earth, Band of Brothers, and Chernobyl and is beaten only by Planet Earth II. Croatians favored Breaking Bad along with the second-highest-scoring series within our top 10s–Rick and Morty. This enjoys an IMDb rating of 9.2 and was also a top pick in Bulgaria, Colombia, Lithuania, Poland, Portugal, and Saudi Arabia.

Results are based on the 24,796 Netflix viewing histories uploaded through our Time Spent Streaming tool. Any country with results from less than 7 users was removed.

The total running time for each series is taken from IMDb’s indicated episode length which is multiplied by the number of episodes.