Which country watches the most Netflix? 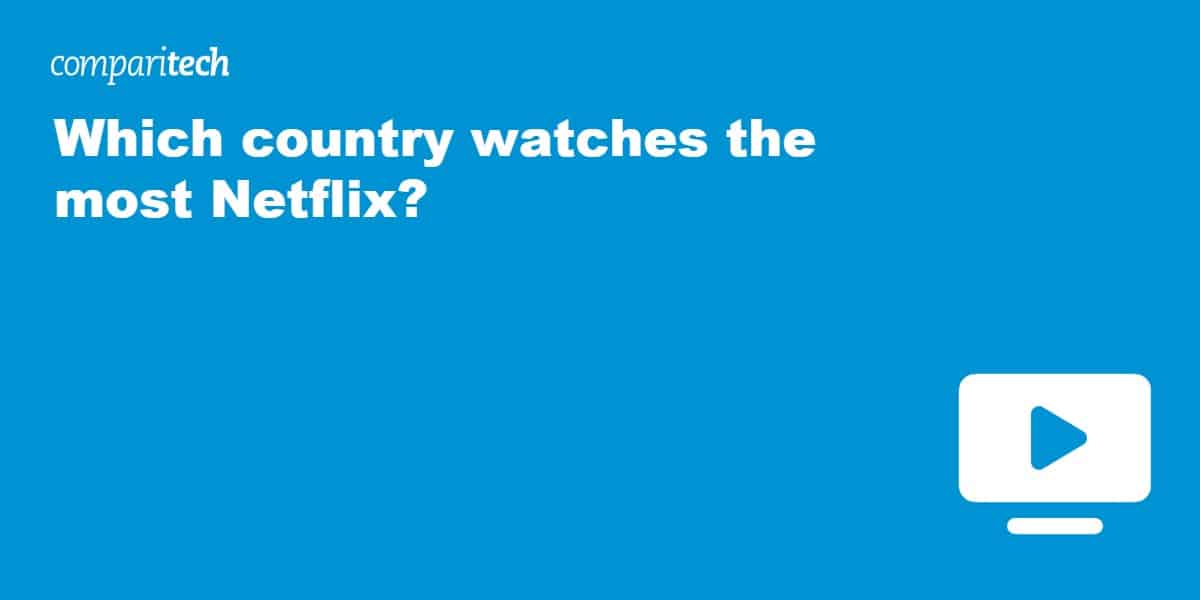 At the end of 2020, Netflix passed the 200 million paid memberships mark, meaning 2.7 percent of the world’s population pay for a Netflix account.

But which country is binging the most Netflix and how much content has the average person in each country consumed since their Netflix subscription began?

Results are based on the 24,796 Netflix viewing histories uploaded through our Time Spent Streaming tool.

Since opening their Netflix account, the average user has spent:

South Americans watch the most Netflix

According to our statistics, South Americans are streaming the most Netflix content. But there is one country that gets our “biggest binge-watchers” title–Peru.

Interestingly, Argentina, Colombia, Canada, and Brazil are among the most cost-effective places to have a Netflix (basic plan) subscription in – according to our “Which countries pay the most and least for Netflix?” study. In contrast, the countries that are more “casual” viewers of Netflix (the majority of European countries, for example) often fall within our “less cost-effective” range, too. This suggests that many of the countries that already have the most cost-effective Netflix accounts are getting even more value for their money by utilizing their Netflix accounts the most.

At the other end of the scale are Slovakians who have consumed 65 percent less than the average Netflix viewer. Having watched an average of 34,716 minutes of Netflix, Slovakians have consumed over 1,300 hours (nearly 56 days) less than Peruvians.

The second-most-casual viewers were Croatians with an average of 37,118 minutes of Netflix viewing, followed by Czechs with 37,627, Lithuanians with 40,387, and Hungarians with 40,588.

South Americans are binging the most TV series

Chileans are closely followed by Argentinians, Mexicans, and Peruvians who have watched 94,990, 84,348, and 81,652 minutes of TV series – all of which make up over 70 percent of their viewing totals.

The average viewer also favors TV series to movies, watching an average of 55,972 minutes of TV series which makes up for around 83 percent of their overall viewing time.

Peruvians are binging the most movies

Averaging 33,648 minutes of movie watching, Peruvians have spent the most time and the highest proportion of their Netflix viewing time (over 29%) watching movies. This average of over 33,000 minutes of movie watching is far higher than second- and third-place Colombia (21,803) and Mexico (21,670) and a whopping 96 percent higher than average (11,824).

Other users who enjoy a good movie are New Zealanders and the Swedes who dedicate over 23 percent of the Netflix views to movies – on average.

Americans, Australians, Canadians, and the British are above average Netflix users

Residents of the US, UK, Australia, and Canada watch slightly more Netflix than the average viewer.

The average American has watched 90,672 minutes of Netflix (29% more than average) and dedicates over 85 percent of viewing time to TV series.

But it’s the Canadians who are the biggest binge-watchers out of this bunch, watching almost 98,583 minutes of Netflix on average. That’s over 37 percent more than the average viewer. Over 80 percent of the content watched is a TV series, too.

Results are based on the 24,796 Netflix viewing histories uploaded through our Time Spent Streaming tool. Any country with results from less than 7 users was removed. Where we were unable to determine a user’s country they were assigned a country proportionally based on Google Analytics data relating to usage of the tool.