Wrestling fans can live stream AEW All out for free on Kodi in the US and abroad. This guide will show you how to watch the upcoming event on August 31st and how to use a VPN if you are outside of the US.
William Elcock 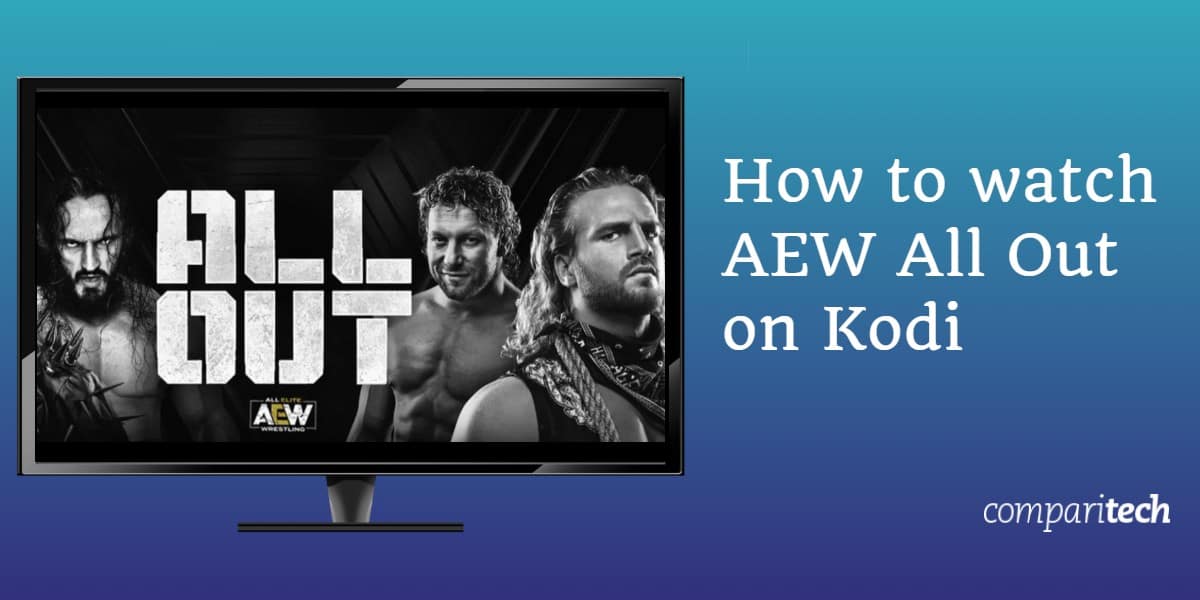 From Fyter Fest to Fight for the Fallen, the AEW has been captivating fans since its release. Now, the promoter is ready for its next big thing with All Out. The AEW All Out live stream is scheduled for August 31st at the Sears Centre in Chicago, Illinois. You’ll be able to watch the event for free on Kodi in the US and from anywhere abroad.

Important note: Our guide only recommends official Kodi addons. AEW is gaining in popularity as it hosts more events. Fans may be tempted to rely on unofficial streams to watch All Out. While on the surface it looks like only US customers can enjoy the event, international viewers can too if they use the right addons and services.

To watch AEW All Out on Kodi in the UK, Australia or any other place outside of the US you will need a VPN. We’ll explain how and which ones work.

How to watch AEW All Out with a VPN

You will be able to watch All Out for free in the US through the Bleacher Report (B/R) Live service. There is a Kodi addon available which will allow for the viewing of a live stream of the event. Viewers outside of the US will need to connect to a VPN in order to view it through Kodi or the web.

Here’s how to watch AEW All Out on Kodi from anywhere with a VPN:

We strongly recommend that you test your VPN connection with the Kodi setup before the August 31 event to ensure that everything works correctly. This will give you some time to resolve any possible issues which may pop up.

You can view AEW All Out for free via B/R Live. We’ll explain below how you can access the service through Kodi.

How to watch AEW All Out on Kodi

B/R Live is available for free through the Indy Darlings Kodi addon. To get up and running with this addon, you will simply need to download and install it. However, if you’re outside of the US, you’ll need a VPN connection.

Indy Darlings is a repository for independent wrestling series. You’ll find series such as Beyond Wrestling, Defiant Loaded, and House of Bricks Pro Wrestling in this addon’s listings. You should be able to view All Out under All Elite Wrestling > Live.

Note that although this addon is listed in the official Kodi addon repository, it’s currently unavailable from there.

You can download Indy Darlings directly from Media Fire instead.

AEW – All Out Overview

AEW will start broadcasting a regular, weekly show on TNT starting in October. All Out is the last event before this happens and it will be particularly exciting since the series’ first champion will be chosen during the event. Outside of the first champion selection and presentation, there will be exciting matchups such as Riho vs. Hikaru Shida, Cody vs. Shawn Spears, and The Young Bucks vs. The Lucha Bros.