How to watch the MLB League Championship Series online 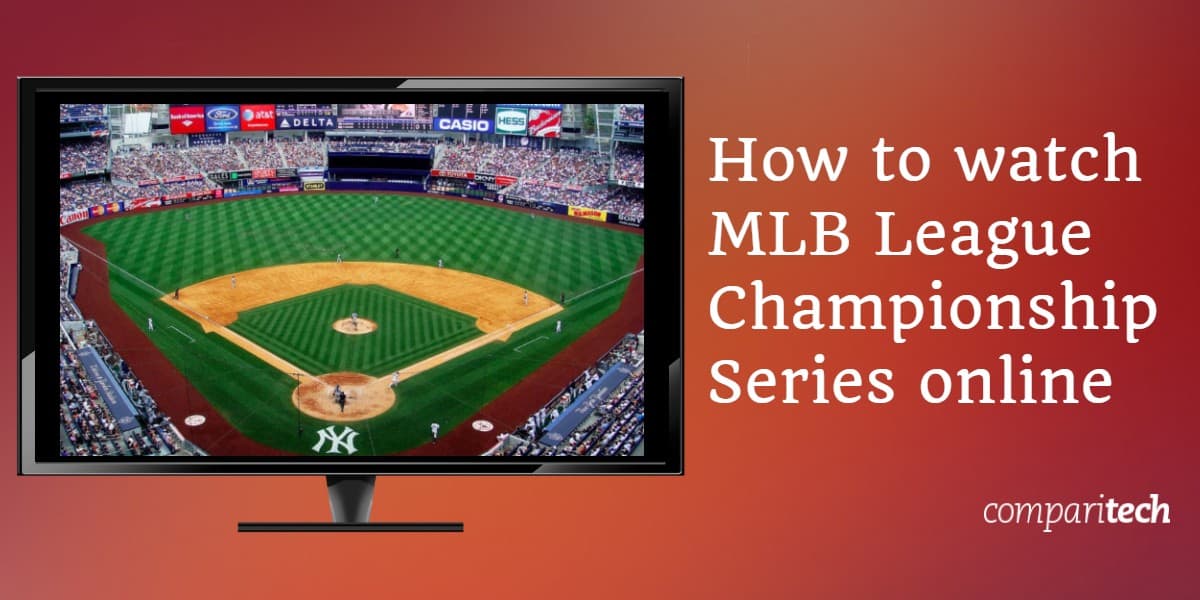 The MLB League Championship Series will take place from Sunday, October 11 to Sunday, October 18. Whether you’re planning on following the NLCS or ALCS, we’ll explain how you can watch online from anywhere with the help of a VPN. We’ll also let you know the best VPNs to use to live stream MLB games abroad.

We’ll only be recommending official sources for watching the MLB League Championship Series. Unlicensed streams run the risk of being taken offline without warning for copyright infringement. You may also find that unauthorized streams have low-quality video as well as performance issues. Fortunately, there are plenty of official sources if you want to watch MLB games live online from anywhere without unnecessary interruptions.

The MLB League Championship Series is only available on region-locked platforms. This means you’ll need a VPN in order to watch MLB baseball games abroad.

You can live stream the MLB postseason online from abroad with the help of a VPN. When using a VPN, your device’s traffic is sent through an encrypted tunnel to a VPN server of your choosing. For example, if you choose a server in the US, you’ll obtain a US IP address. This lets you browse the web as if located in the US, allowing you to access region-locked content.

Here’s how to watch MLB games live online from anywhere:

How to watch MLB games on US TV

All ALCS games are to be televised by TBS while NLCS games will be shown on Fox or FS1. Both TBS and Fox are cable TV channels which means you’ll need to sign in with a cable TV provider in order to live stream MLB games online. Upon signing in, you can watch at no additional cost. You can watch TBS via your browser or the TBS apps while Fox is also available via browser as well as the Fox Sports Go app.

Please keep in mind that all of the above services are region-locked which means you’ll need to connect to a server in the US for a US IP address in order to watch from abroad. You can try ExpressVPN risk-free as it comes with a 30-day money-back guarantee.

Where else can I watch the MLB League Championship Series online?

While there aren’t any free options to watch the MLB postseason, there’s a number of paid options worth considering:

Baseball fans in Canada can watch the League Championship Series via Sportsnet. If you’re an existing Sportsnet subscriber, you can simply sign in using your cable TV provider credentials. However, there’s also the option to purchase a separate Sportsnet Now subscription with plans starting from $9.99 CAD.

Another option available in Canada is MLB.TV which lets you stream every team’s out-of-market games live or on-demand. All postseason games are available for a one-time fee of $24.99, however, you must also be a subscriber to one of the participating cable TV providers.

The above services are geo-blocked but by connecting to a server in Canada, you can obtain a Canadian IP address and use these platforms abroad.

BT Sport has the rights to MLB in the UK until 2021. It offers the ALDS and NLDS games via its BT Sport ESPN channel. If you already have a BT TV subscription, you’ll be able to watch online via the BT Sport app at no extra cost. Alternatively, BT Sport offers a Monthly Pass for £25. The advantage of this is that you don’t need to commit to a long-term contract.

If BT Sport isn’t for you, it’s worth knowing that MLB.TV is also available in the UK for roughly £50 a month. Whether you choose to watch the MLB League Championship Series via BT Sport or MLB.TV, you’ll need a UK IP address due to the geo-restrictions in place.

Can I use a free VPN to watch the MLB League Championship Series?

We don’t recommend the use of a free VPN to watch the MLB League Championship Series. That’s because free VPNs are unreliable when it comes to unblocking geo-restricted content. You may find that the free VPN you use doesn’t unblock the likes of Fox, TBS, or BT Sport. Even worse, the slow servers mean you’ll probably have to contend with a lot of lag and buffering, possibly causing you to miss key moments of the League Championship Series.

Another problem with free VPNs is their lack of security. Particularly concerning is the fact that some free VPN services log your data and sell it to third parties. You may also find that your data isn’t encrypted and that you’re not protected from leaks should the VPN connection drop. Choosing a quality paid VPN is the best way to watch the MLB postseason without interruption or risk of compromising your online privacy.

What should I know about the MLB League Championship Series?

The 2020 season featured a shortened 60-game schedule while the playoffs will also have a new look. An expanded format features 16 teams for the first time in the history of MLB. Games are to be played at bubble locations in an effort to minimize the risk of Covid-19.