How to unblock websites on Chrome and Firefox from anywhere 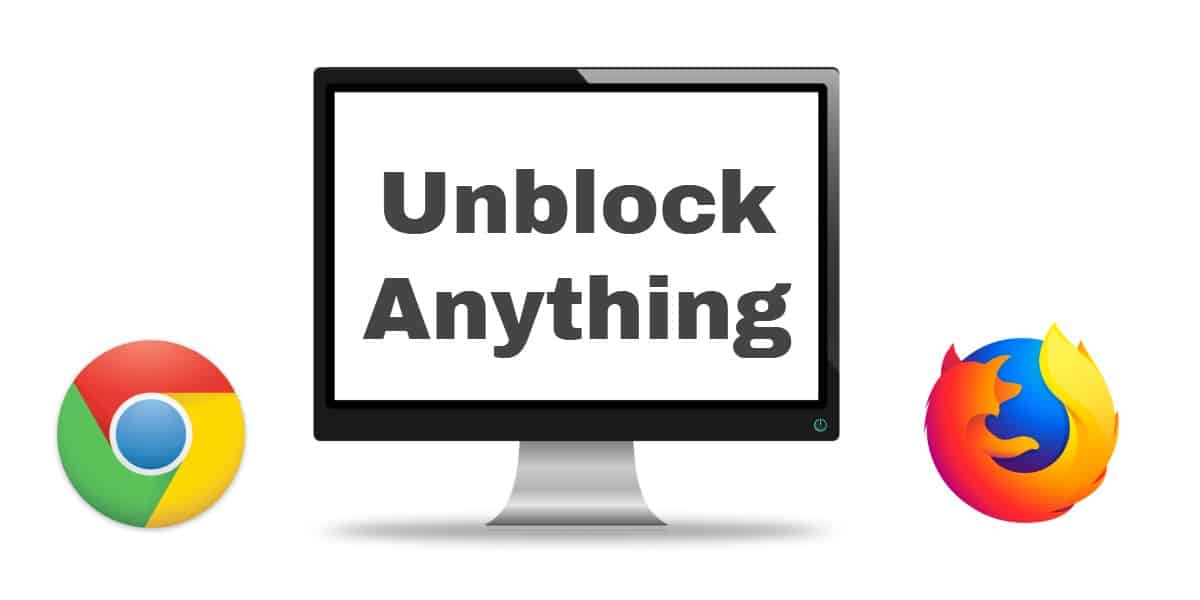 When a website is blocked, you’ll see some sort of error message or a page indicating that you’ve encountered a blocked site. 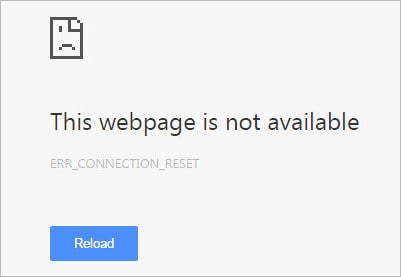 Websites can be blocked in a few different ways:

We’ll explain these in more detail further down, but there’s a one-size-fits-all solution for all but the toughest web censorship: a VPN.

Short for Virtual Private Network, a VPN encrypts all the data going to and from the internet and re-routes it through an intermediary server. The VPN acts as a proxy that accomplishes two things:

Our top recommendation is NordVPN, a VPN provider that offers a simple app that can unblock blocked websites in more than 60 countries. It boasts robust security and fast speeds, so you can even stream video through it. NordVPN’s browser extension for Chrome and Firefox enables you to use the VPN without installing a separate app. It comes with a money-back guarantee that you can take advantage of any time in the first 30 days, no questions asked.

How to use a VPN to unblock websites at school, work, or abroad 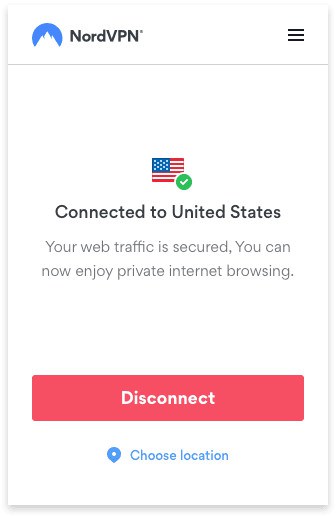 Many VPNs, NordVPN included, offer both native apps that install on your operating system and browser extensions that plug into Chrome and Firefox. If you just need to unblock websites, a browser extension should be sufficient and you won’t have to worry about not having administrative privileges to install software.

But note that with a browser extension, traffic from apps and services outside of your web browser won’t go through the VPN. If you need to unblock some other app or the browser extension doesn’t get the job done, try installing the native app for Windows or Mac instead.

If you’re trying to unblock websites from abroad, be sure to connect your VPN to a country where the site in question is not censored. For example, BBC iPlayer is only available to people in the UK, so you could connect to a VPN server in London (or elsewhere in the UK) to unblock it.

How websites get blocked

To understand how websites are blocked, you first need to have a basic grasp of IP addresses and DNS.

Every device connected to the internet has a unique public IP address, including servers where websites are hosted and end user devices like the one you’re using right now.

If a network administrator at a school, office, or internet service provider wanted to block this website, they could set up a firewall rule to block any traffic to or from IP address 199.115.114.66.

IP blacklisting is limited in that many websites have multiple IP addresses because they’re so big. YouTube, for example, uses several IP addresses. IP addresses are not always permanent, so blocking a site by its IP address might not work or might only work temporarily.

Let’s say you’re at a school where this website is blocked. The domain of this website is “comparitech.com”. When you click a link to this page or enter the page URL into your web browser’s address bar, a request containing the domain is sent to a DNS server.

DNS, or Domain Name System, works like a phone book for the internet. Instead of names and phone numbers, it associates domain names with IP addresses. The DNS server looks up the IP address associated with the “comparitech.com” domain name. Under normal circumstances, in response to the request, the DNS server sends back the IP address of the server where Comparitech is hosted. This allows your device to connect to the website and load the page in Chrome or Firefox.

DNS tampering involves changing the phone book. Whomever operates the DNS server can remove or change the IP address associated with “comparitech.com”. Without knowing the correct IP address, the user will either see an error page or be redirected to another site, such as a page indicating you’re trying to access blocked content. This is a common tactic used by China’s Great Firewall to block Facebook, YouTube, and hundreds of other sites. Because domain names rarely change, DNS tampering is far more reliable than just blocking IP addresses.

DNS tampering is more tricky to overcome but most good VPNs these days can bypass it. The VPN will use its own DNS servers instead of the ones provided by your school, office, or ISP. This ensures your DNS hasn’t been poisoned and pages will be unblocked.

Note that not all VPNs can solve this problem, and that’s doubly true for VPN browser extensions. DNS traffic is often sent outside of the web browser and VPNs might leak DNS traffic. Look for a VPN that offers “DNS leak prevention” to ensure you’ll be able to unblock websites. NordVPN’s web browser extensions for Chrome and Firefox include DNS leak protection, which is rare for VPN plugins.

Keyword filtering is less common than other methods of website blocking but might still be an obstacle in schools and offices. A VPN might or might not help depending on where the filtering takes place.

The concept is simple: if a website contains certain words, then block it. Unlike DNS tampering and IP blacklisting, this form of censorship doesn’t require the network administrator to know which sites to block ahead of time. Instead, the webpage is scanned for certain keywords before it can be viewed. Schools can use this method to block sites containing profanity, for example.

Keyword filtering can take place on the network or on the end user device.

If it takes place on the network, then the page is scanned before it arrives on your device. Put simply, the school, ISP, or office intercepts the page, scans its contents, and then decides whether to block it or let it pass to the end user device. A VPN encrypts all of your device’s internet traffic, so the network administrator will not be able to view the page and therefore cannot block it if you’re connected to a VPN.

If keyword filtering takes place on the end user’s device, then a VPN will not help. This might be the case when parental monitoring software or a similar program is installed on a school or office computer. The page is blocked after it arrives on your device based on any sensitive keywords it finds. Because a VPN only protects data in transit across a network, it can’t do anything about a program that scans pages after they’ve reached your web browser. To unblock a site that’s been keyword filtered locally, you’ll have to disable the monitoring software. Perhaps try using a different web browser.

Geo-blocking and IP banning happens the other way around from all the other blocking methods in this article. This occurs when the website itself blocks you instead of your school, office, or ISP. Websites typically block users based on their IP address or where their DNS servers are located.

Websites that block people based on their location—geo-blocking—usually do so using IP addresses. An IP address not only identifies your device, it also points to your approximate location. A website restricted to users in the UK will block anyone with an American IP address, for example. This is known as “geo-blocking.”

DNS servers are usually operated locally and thus are also a good indicator of your location.

Once again, a good VPN service with DNS leak protection is the solution. Make sure the VPN you choose has servers in the country or city from which you need to access blocked websites. NordVPN has over 4,000 servers in more than 60 countries, so you should be covered.

Note that many websites have caught onto this tactic and have started blocking IP addresses of known VPN servers. This is the case with several video streaming websites like Netflix, Hulu, HBO, BBC iPlayer, and Amazon Prime Video. If you want to unblock one of these sites, Comparitech has plenty of resources for finding the best VPN. That being said, NordVPN can unblock the majority of geo-blocked sites that we’ve tested.

Other ways to unblock websites

This might or might not work depending on the blocking technique used, and don’t expect all website functions to work normally. That being said, it’s a quick and free way to access blocked sites.

A quick Google search will bring up no shortage of free proxy sites that you can use to unblock websites from school or the office. Be cautious, however, as many of these sites are neither safe nor private. Chances are the proxy is not encrypted like a VPN, so it can monitor all of your online activity, including any information you enter into the page.

These sites work similarly to the Google Translate method above by displaying a page within a page. Again, don’t expect everything on the site to function normally.

Proxy extensions for Chrome and Firefox come in many shapes and sizes. SOCKS and HTTP proxies are the most common. Some proxy extensions like Proxy SwitchySharp for Chrome and FoxyProxy for Firefox let you configure your own proxy extension, but you’ll need a proxy server on hand. Beware of free browser plugins that come with built-in proxy servers. Like proxy websites, they probably aren’t very private or safe. Plus, any proxy extension that doesn’t authenticate users—no password required—is inherently less safe than those that do and are vulnerable to man-in-the-middle attacks. 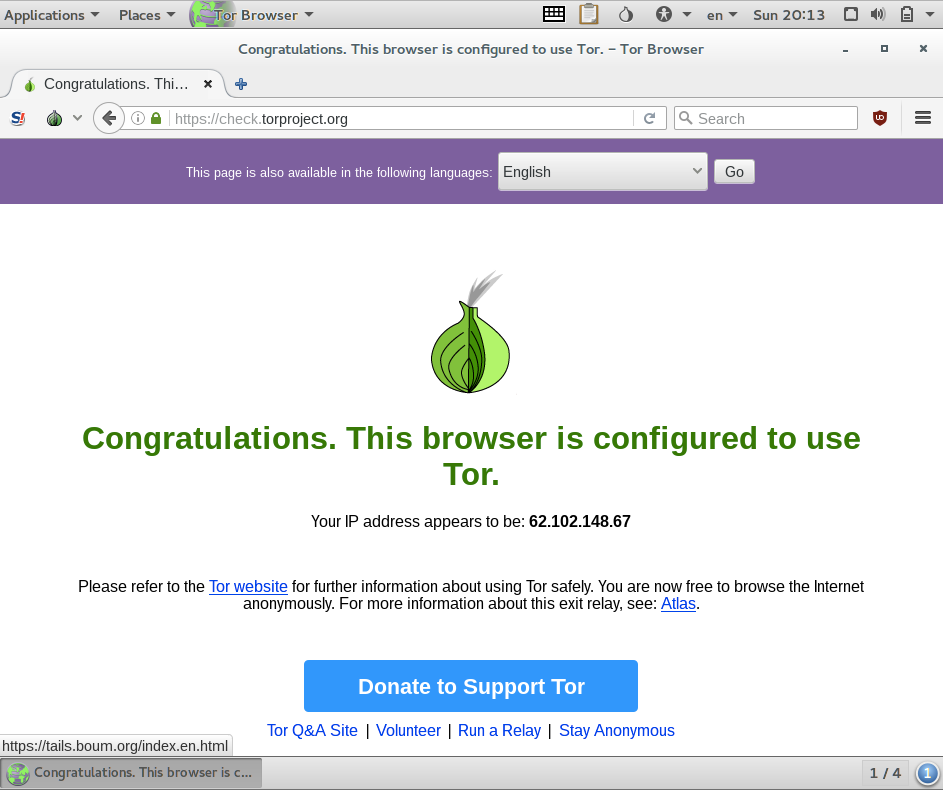 Tor is an anonymity network that can potentially help unblock websites. Tor uses proxies to make the user untraceable by sending internet traffic through a series of random nodes around the world. This will give you a different IP address and hide the websites you’re visiting from your school, office, or government.

The easiest way to get started with Tor is by downloading the Tor Browser, an alternative browser to Firefox and Chrome that sends all internet traffic through the Tor Network.

Tor comes with a few caveats, however. It’s slow, for one. Second, while Tor is legal, it’s often associated with criminals and hackers. Your school, office, government, or internet service provider might frown upon Tor usage in any form as a result. Plus, some websites block Tor users altogether.

If DNS tampering (see above) is the method used to block websites, you might be able to overcome it by changing your default DNS servers. DNS servers are usually operated by internet service providers, though your school or office might use their own. You can change DNS servers in your internet settings.

A good free option is Cloudflare, which operates secure, private DNS servers. You can learn how to set up Cloudflare DNS here. If you need DNS servers for a particular region or country, try OpenNIC.

Good VPNs like Nord operate their own private DNS servers. A few providers offer smart DNS proxy services that are adept at unblocking geo-blocked content, though there’s not much benefit to these over a VPN.

Note that if DNS tampering is not the blocking method being used, changing your DNS servers won’t make a difference.