Looking forward to the start of Tin Star season 3? Below, we’ll let you know all about the new series and explain how you can live stream Tin Star online from anywhere.
Ian Garland Streaming, Kodi and VPN Expert 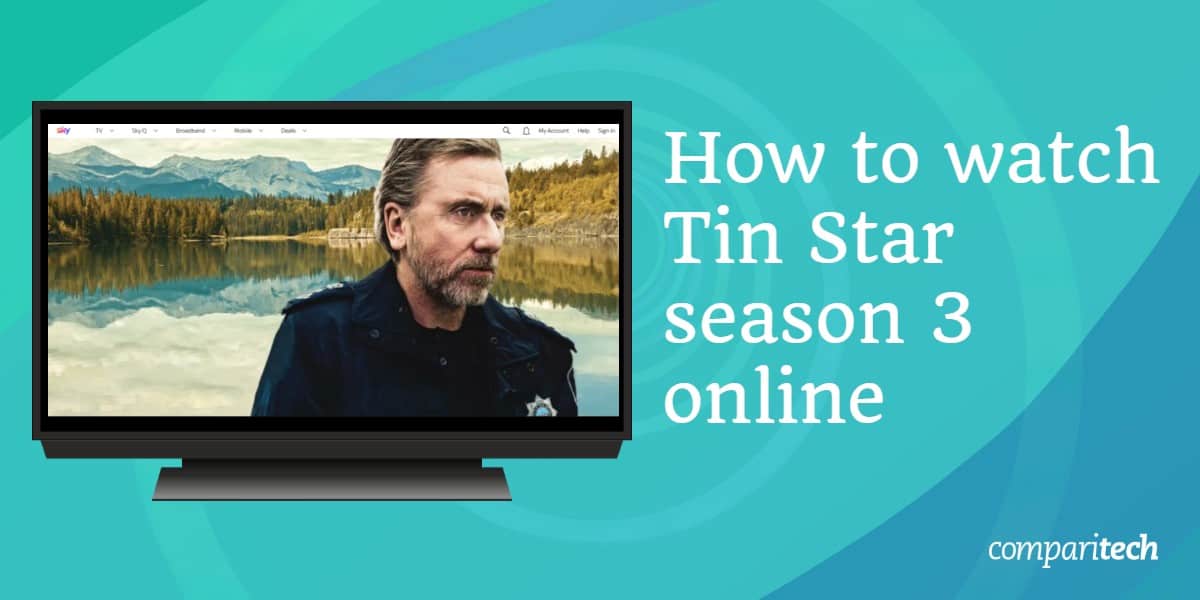 Season 3 of Tin Star is set to premiere at 9 PM GMT (4 PM EST / 1 PM PST) on December 10. Subtitled Tin Star: Liverpool, it’ll see the Worths leave Canada and return to face their past in England. With this confirmed to be the final season and several dangling plot threads left to resolve, fans certainly have a lot of drama to look forward to. Read on to find out how you can watch Tin Star season 3 online in your country.

Although it’s extremely common for unauthorized streams to appear shortly after a popular show airs, we recommend sticking to official sources. These provide the highest possible video quality and there’s no chance of them being taken down for copyright violation either. Besides, with so many legitimate ways to watch Tin Star, there’s really no reason to use unreliable third-party sources in the first place.

Tin Star season 3 will air exclusively on geo-restricted services. If you’re traveling abroad at the moment and want to watch on your usual streaming platforms, you’ll need a Virtual Private Network (VPN).

How to watch Tin Star from anywhere using a VPN

The good news is that while VPNs can seem complicated at first, they’re really quite simple to use. Below is a quick, step-by-step guide to unblocking and streaming Tin Star from abroad.

Here’s how to watch Tin Star Season 3 online from anywhere:

New episodes of Tin Star will be broadcast live. This is why it’s so important to spend a few minutes making sure everything works properly before the premiere. After all, nobody wants to settle down to watch something only to find themselves stumped by last-minute technical trouble. Remember: most major VPN providers offer 24/7 support over live chat.

How to stream Tin Star season 3 on UK TV

Sky Atlantic will be showing two episodes of Tin Star season 3 from 9 PM GMT every Thursday from December 10 onward. If you’re a Sky TV customer, you’ll be able to log into the Sky Go app and watch the entire season on the day it’s released, at no added cost.

It’s also possible to stream Tin Star online without cable if you purchase a Now TV Entertainment pass. These cost £9.99 per month and come with a seven-day free trial. Further, as well as showing new episodes live, Now TV will add them to its on-demand library the day after they air. As such, there’s no need to worry if you miss an episode. Sky Go and Now TV both carry the first two seasons of Tin Star, so you can stream the whole series from start to finish with one account.

These services are both geo-restricted and are only available in the UK. That said, you can access them as normal from abroad using a VPN. Don’t have one yet? NordVPN provides a 30-day money-back guarantee, allowing you to try it risk-free. If you’re not impressed, just cancel within 30 days to receive a full refund.

Where else can I watch Tin Star online?

Tin Star season 3 won’t see a huge international release, but there are a couple of locations where it’ll be made available sooner or later. Here’s how to watch Tin Star online in your country:

At the moment, there are no details as to when Australian fans can expect to see season 3 of Tin Star. However, the first two seasons were broadcast free of charge on SBS (and indeed, the second series is still available on-demand), which makes it likely the third will be as well.

Alternatively, you can watch seasons one and two on Binge. Plans start at $10 AUD per month and come with a two-week free trial. This is more than enough time to get caught up, and if you cancel before the trial ends, you won’t be charged.

SBS and Binge are region-locked. If you’re currently traveling outside of Australia, you’ll have to use a VPN to access them.

The only streaming service carrying Tin Star in North America is Amazon Prime Video. It has both previous seasons in both its US and Canadian libraries, and better still, these are included with your subscription, so you don’t have to pay anything extra to watch. Unfortunately, we don’t have any indication as to a release date for season 3, so North American fans could have a bit of a wait on their hands.

Amazon Prime Video changes its content based on your location. This means that if you’re outside of the US or Canada, you may not be able to stream Tin Star. However, you can connect to a VPN to access your home country’s content library while traveling.

What can fans expect from Tin Star season 3?

Although the Worths scattered to the wind in the season 2 finale, it seems that their solo travels were short-lived. The trailer for Tin Star season 3 shows the family grouping up once more for a visit to Liverpool. It’s a business trip, though, not a vacation, since Jim has a long list of people to kill while he’s there.

Unfortunately, this will be the final season of Tin Star. On the plus side, one of the show’s writers, Rowan Joffe, has claimed that this offered the team the chance to deliver its best season yet. With plenty of questions still to be answered and only ten or so episodes to do it in, Tin Star: Liverpool will have to pull out all the stops. Going by what we’ve seen already though, this looks set to be a remarkable end to the series, whatever happens.