How to protect yourself against military scams & ID theft

Scams including identity theft which specifically target members of the military are more common than you might think. Here's how to spot and avoid them.
Ian Garland Streaming, Kodi and VPN Expert 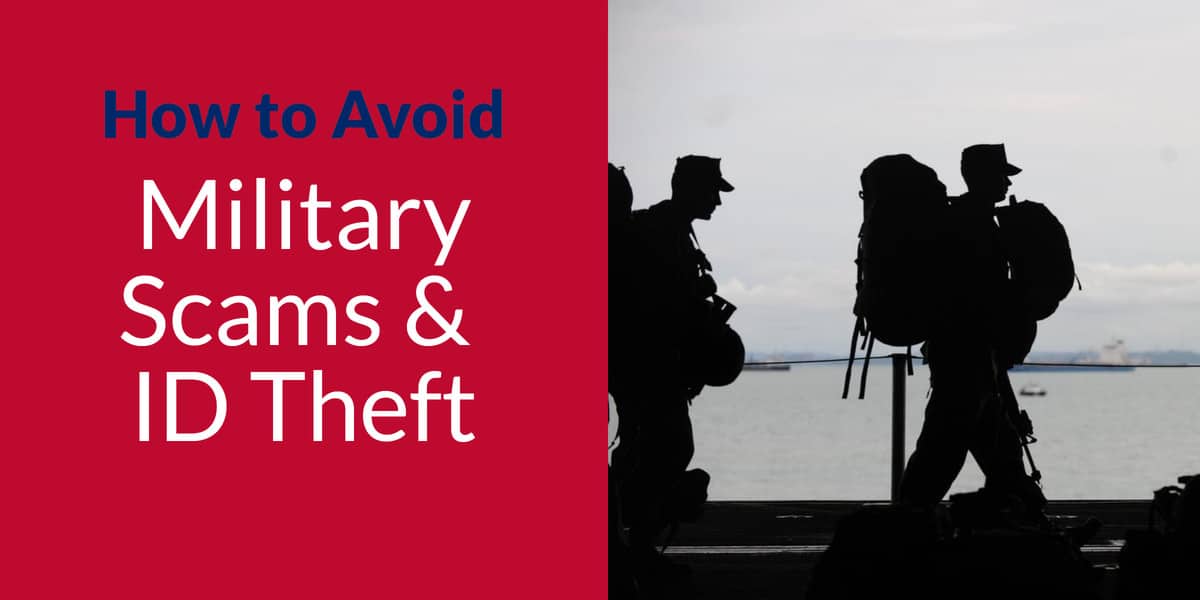 Believe it or not, there are numerous online scams specifically designed to target members of the military and their families. What’s more, they work: research shows that not only are military personnel more susceptible to these scams, they lose almost 30% more money on average than non-military victims.

So what are the most common military scams and why are members of the armed forces such lucrative targets? We’ll answer both of these questions below, as well as explain how you can protect yourself from online scams and ID theft.

Scammers are extremely crafty. They play upon your doubts and conscience to trick you, and as this is often a full-time job for them, they know which methods are most likely to part you from your money. Below, you’ll find some of the most commonly-used military scams:

What to do if you’ve been scammed

Data shows that online scams are on the rise, and that’s before you consider that many victims fail to report them. We know you’re likely feeling ashamed or embarrassed but it’s important to move quickly if you’ve been scammed:

How to protect yourself from online military scams

These types of scams exploit the distance between members of the military and their families, as well as the fact that most people don’t know much about military protocol. Luckily, there are a few simple steps you can take to protect yourself:

Given the sheer number of online scams and the ease at which they can be adapted to prey upon military families, it pays to be vigilant. These scams aren’t going away any time soon, but by following the steps above, you should be able to keep yourself and your loved ones safe.