How to watch the 2019 Cricket World Cup online anywhere

Looking to live stream the ICC World Cup finals online? We'll explain how to do that from anywhere in the world.
Osman Husain Tech journalist, VPN and streaming expert 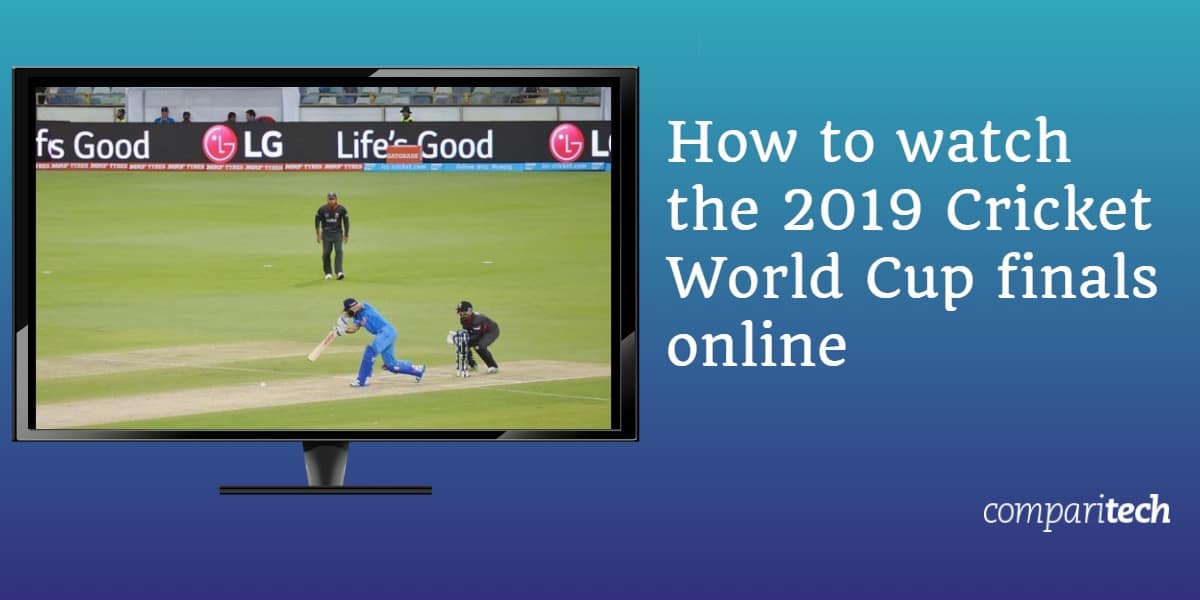 Want to live stream the Cricket World Cup online? We’ll show you how.

The ICC Cricket World Cup (CWC) semi-finals are almost here and what a riveting past few weeks of cricket they’ve turned out to be. From pre-tournament favorites India and Australia steamrolling past the competition, with England’s nervous twitches, and New Zealand’s fortuitous journey, each game has been more enthralling than the last.

The first semi-final takes place on July 9th at Old Trafford, Manchester, followed by the second semi-final at Edgbaston, Birmingham on the 11th of July. The final will be played at Lord’s Cricket Ground on Sunday, July 14th.

All matches start at 10:30 AM BT (2:30 AM PT / 5:30 AM ET). While cricket fans around the world will be clamoring for an opportunity to watch these games in person, unfortunately only a select few can do so. But don’t worry, in this post, we’ll show you how to stream the Cricket World Cup finals wherever you are in the world.

Please note that in this post we will only recommend official broadcasters and sources. Unlicensed streams found on Reddit or other places aren’t recommended. They often ship with low-quality video and can be taken offline at a moment’s notice. As such, you might not be able to view the entire game. What’s more, you’ll find official broadcasters spread across the world so you’re doing yourself a disservice by using unreliable streams.

Many of the channels streaming this event will not work abroad. If you want to connect to your favorite streaming services abroad you will need a VPN.

VPNs encrypt your traffic and route it via an intermediary server. This means your web activities are kept private, hidden from your employer, internet service provider, and the government. You can use them to port your location to another country, effectively giving you a different IP address and helping you access geo-restricted streaming media.

It only takes a few minutes to get started. Choose your preferred subscription length (packages start at one month and go up to a year). You can pay using a credit card, PayPal, and even Bitcoin if you’d like to stay anonymous.

ExpressVPN comes with a 30-day money-back guarantee, meaning you can test the service for a month and cancel for a full refund if you’re not satisfied.

BEST VPN FOR CRICKET:Our top choice is ExpressVPN ExpressVPN ships with over 3,000 high-speed servers which span the globe. Its unblocking capabilities are top-notch and security features second to none. Plus, you can use it across Android, iOS, Windows, MacOS, and Linux. 24/7 customer support will help you out if you run into any problems.

TIP: WANT TO WATCH THE ICC FINALS FOR FREE? If you don’t want to spend your money on a sports subscription, then we recommend you sign up for ExpressVPN and connect to a server in Pakistan. Once the connection is established, log on to the PTV Sports website. It’s one of the official broadcasters for the ICC World Cup and doesn’t require any prior registration. It’s only available for streamers with an IP address from Pakistan, however, so this process won’t work without a VPN. We tested it from a location in Toronto and it worked perfectly fine for the Afghanistan vs West Indies game. If you sign up now and cancel within a month, you’ll get to watch the finals and get your money back.

The right VPN will make it very easy for you to bypass geo-restrictions. Just follow these steps to unblock the ICC World Cup finals:

How to watch the ICC Cricket Cup finals with a VPN

The ICC World Cup finals will be broadcast live on all the platforms we mention below which is why you should try running these steps well in advance of the game. You don’t want to spend precious time troubleshooting a problem and miss out on the live action. All the three VPNs we recommend – ExpressVPN, NordVPN, and CyberGhost have 24/7 live support so you can always request assistance if you’re stuck.

Where can I live stream the Cricket World Cup finals?

Hundreds of millions of people are expected to tune in to watch the matches, which means the marquee event will be streamed across the world. So you should be able to watch it regardless of your location. In this section, we discuss which networks will show the game in your country.

The official ICC World Cup broadcaster for the UK is Sky Sports. If you’re an existing customer, then all the World Cup final matches will be available at no extra cost either on the website or the Sky Go app. Coverage begins one hour before the start of each game.

It’s also possible to log on with a Sky Sports Pass on Now TV. While this costs £8.99 per day, you can purchase a monthly pass for £33.99, if you’re considering streaming sports for a little while longer.

To access your Sky Sports account from outside the UK you can connect to a UK VPN server.

Cricket fans in America can watch the finals of the ICC World Cup on Willow and Hotstar. Neither of them have any free trials, unfortunately, so you must sign up for one of their packages. A monthly subscription currently costs $9.99 per month, although Willow is available with cable television packages which means you won’t have to pay extra to stream the service.

Both Hotstar and Willow run highlights packages which means you can watch all the important moments of the game in case the start is too early for you. However, you’ll either need to already be in the US or connected to a US VPN server in order to stream the game. 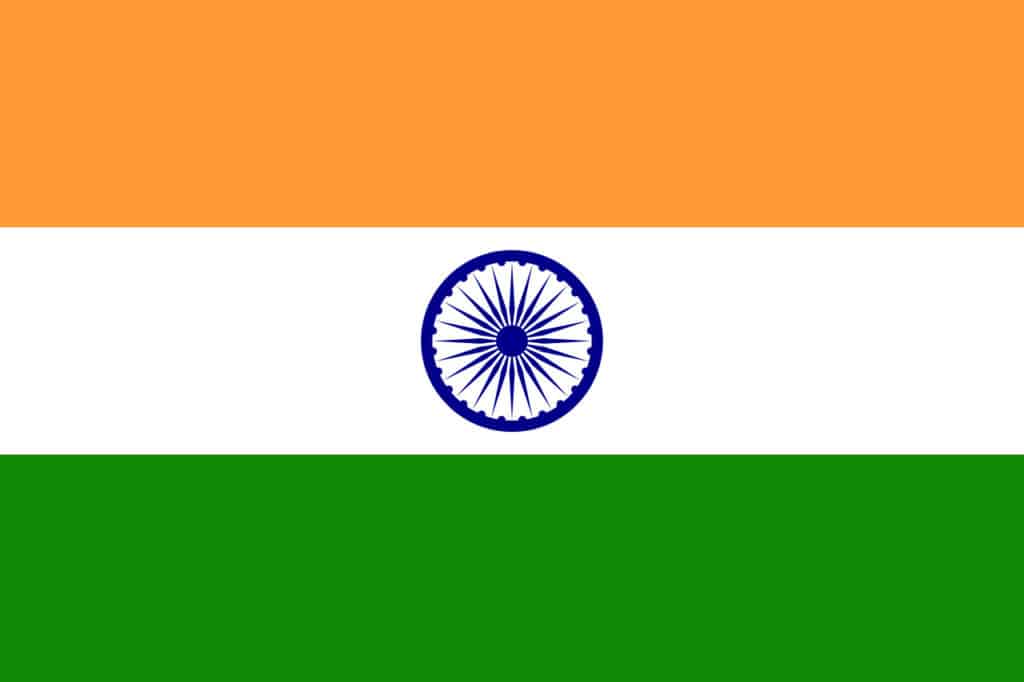 The ICC World Cup is available on local channels such as Doordarshan, but the only way to access it online is via Hotstar. Previously known as Star Sports, Hotstar is also an official broadcaster in other parts of the world such as the US and Canada. Hotstar is available at either Rs 299 per month or 999 per year but does require an Indian payment method such as a local credit card or PayTM.

Like the international versions, the Indian version of Hotstar includes match highlights, expert analysis, and short videos containing the critical moments. You will need an Indian IP address to stream the matches so connect to a VPN if you’re outside India.

Fox Sports is broadcasting all the ICC World Cup matches so you can stream the finals there, too. If you’re an existing Foxtel TV customer, all you have to do is log in to Foxtel Go and click on the live stream link. Australian users who don’t have cable can sign up for Foxtel Now which costs about $ 40 AUD per month. There is a 10-day free trial (first time users only) so if you’ve already signed up before you might not be able to avail this.

Both Foxtel Go and Foxtel Now are only available in Australia. You will need to provide an Australian number during the registration process, which makes it practically impossible for foreign users to sign up. If you’re an existing customer, and trying to log on from outside Australia, then a VPN can make that happen.

All the ICC Cricket World Cup matches are broadcast in Canada via Hotstar. The monthly price is CAD 12.99 excluding taxes. Willow claims to be accessible in Canada through cable providers Bell, Rogers, and Telus and offers a standalone monthly subscription costing CAD 7.99, but clicking on the link just took me back to the homepage. As such, I wasn’t able to sign up despite trying multiple times.

Hotstar has no trial period in Canada, so you must either sign up for the monthly package or the annual one (which costs CAD 99.99) to be able to stream the games reliably. There’s no proof of Canadian residence needed and it’s unclear whether you can only sign up with a local credit card, so users abroad could look into it. If you’re an existing Canadian Hotstar user, then a VPN will help you bypass geo-restrictions when you’re abroad. 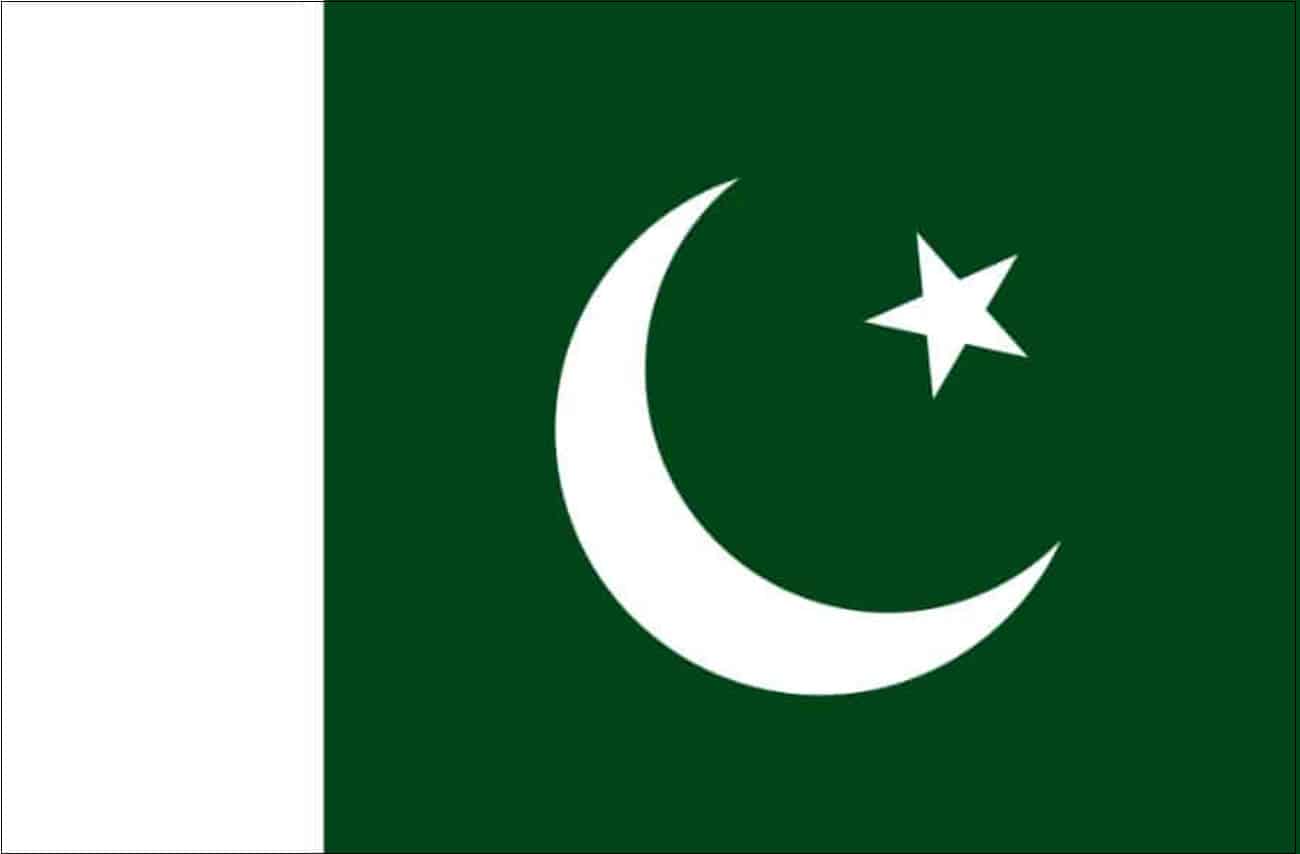 Users in Pakistan can stream all the ICC Cricket World Cup matches for free through PTV Sports. All you need is an IP address from Pakistan to be able to continue — the service doesn’t require any prior registration or initial payment.

Cricket aficionados in the Middle East can sign up with OSN. The price varies according to the country of registration. In Saudi Arabia, for example, it’s 159 SAR/month. OSN is also available as part of a cable television package, so if you’re an existing user all you have to do is log in via your credentials and you should be good to go. Of course, if you’re outside the region, you will need a VPN to make it appear you’re still in the country of registration.

Cricket is the second-most popular game in the world so it’s no surprise that the ICC World Cup finals are being broadcast around the world. This post can’t list all the locations, but the ICC’s website is a good place to start if you’re curious about the official broadcaster in your country/location.

Who will win the World Cup?

At the time of writing, India, Australia, and England have qualified for the finals with New Zealand almost certain to join them. Pakistan needs a victory against Bangladesh along with a ridiculous winning margin to be able to knock New Zealand off — an outcome that looks quite unlikely based on current form.

The eventual victors, however, is anyone’s guess at the moment. India and Australia have been in imperious form, knocking over opponents without any problems. Both come into the finals with renewed confidence despite India’s controversial loss to England.

New Zealand have the worst record of the top four teams and haven’t exactly set the tournament alight in their past few games. They might be the first to fall, with Australia looking to capitalize.

England had to win two very difficult games to qualify, and they managed to do so by beating both India and New Zealand so morale in their camp is robust. The finals are too evenly matched to predict correctly, but it could very well be Australia as the eventual champions.