What is Virtual Patching?

Virtual patching is a task that needs to be part of every conscientious administrator's duty. It is a responsibility that is critical to the survival of a business.
Liku Zelleke Network configuration, optimization, and security expert 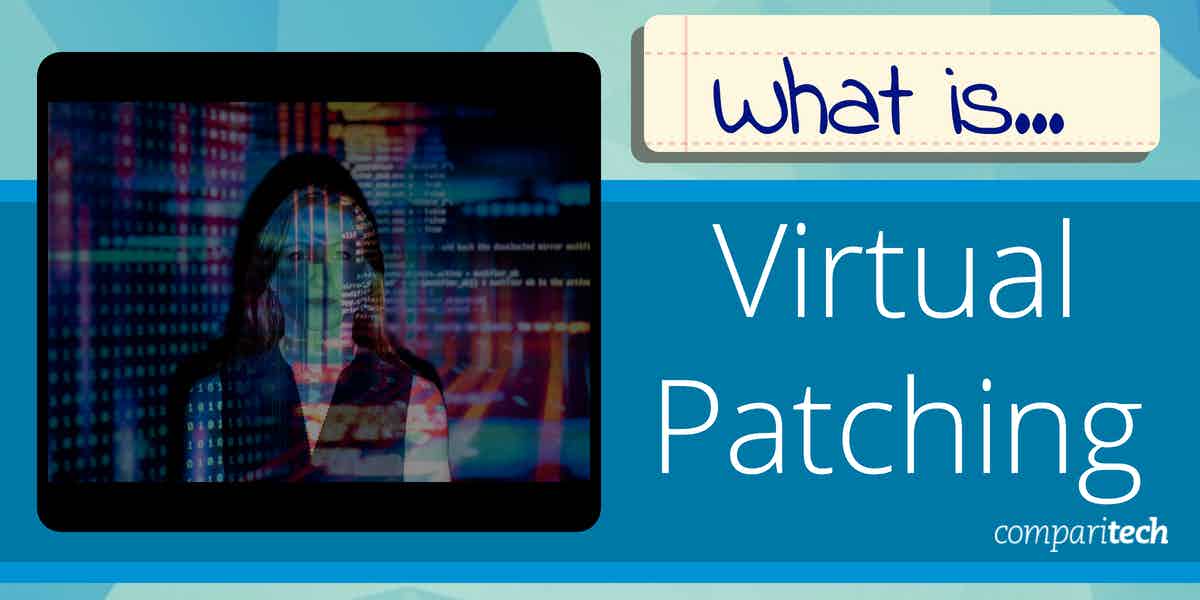 A malicious attacker will always be on the lookout for weak points or vulnerabilities in a network. They prowl around the Internet looking for weaknesses in software, hardware, or connectivity device configurations that they can exploit. Virtual patching is one way to make sure they don’t succeed.

Hackers are always a step ahead of software and hardware manufacturers as they continue to seek out these vulnerabilities. This makes virtual patching a critical part of a network or system administrator’s duties.

OK, but what is patching?

Patching is the process of upgrading software to their latest and most secure versions with the hopes of plugging any “holes” – known as “vulnerabilities” – in an application or operating system. The intention is to close them from being used as “exploits” whereby cybercriminals gain unauthorized access to them.

There is a window, between a vulnerability being discovered and the possibilities of an exploit being used, that is only closed when an administrator has “patched” the hole and made the network and applications safe again.

In larger networks, this can be a tedious affair as patching is done on an individual, host-by-host, or device-by-device basis. It is also a repetitive occurrence since vulnerabilities are too common an occurrence.

What is virtual patching?

When it comes to virtual patching, it is also the process of removing any vulnerabilities. But, in this case, it focuses on stopping vulnerabilities and exploits at the network level and not the end-point software solutions.

In this case, the actual task is a lot less tedious because the rollout is focused on a few networking devices. In other words, it is rolled out via a network – and addresses the vulnerabilities at the end-points from the network itself.

Looking at the process in more detail – it is rolling out a layer of security policies that, by analyzing data packets and traffic, prevent and intercept the exploitation of vulnerabilities.

For a virtual patching solution to be effective it must have the following capabilities:

By now, we should have an idea of what virtual patching does. But, let’s have a look at why we need it:

It can be said that virtual patching is important for the security of digital assets, which require considerable planning as well as zero downtime before a permanent patch can be deployed to protect them.

Examples of such systems would be pipeline monitoring systems or machines running critical systems – which play a vital role in a nation’s infrastructures like hydroelectric dams and electrical grids, which can’t be taken down.

And then, there is the fact that in these days of cloud-based and remote-hosted architectures, businesses may not have direct, seamless access to their digital assets. The only way they can secure their hatches until their hosting or cloud service provider patches them is with the help of virtual patching.

The advantages of virtual patching include:

Looking at some drawbacks, we have:

Therefore, it needs to be noted that an effective virtual patch makes sure that the vulnerabilities are addressed – i.e., patched – without modifying an application or system’s code or diverting traffic to infrastructures that can’t support surges.

Here are the six essential steps in a typical virtual patching campaign:

Some testing tools that can be used include:

What would influence a virtual patching campaign?

A successful virtual campaign needs careful planning. Here are some of the questions that need to be asked in order to make it so:

Answering all of these questions will result in a well-defined plan and a team that knows what to do – resulting in successful virtual patching.

What would happen without virtual patching?

To answer this question, we would need to have a look at the worst-case scenarios:

Bottom line: no one would want to deal with a business that had a website that is always down, owns a network that keeps crashing at every other transaction request, or runs servers that leak data as fast as they can capture them.

Are there any virtual patching tools?

As we reach the end of this post, it will come as welcome news that there are tools out there to help administrators with virtual patching.

But, before we jump into the tools themselves, let’s have a look at what makes a tool the best one for virtual patching.

The features that would make it so include:

Examples here could be testing the patches on isolated sample networks or even on individual subnets instead of finding out later (when the wrong patch has crashed the entire network) that they don’t work. 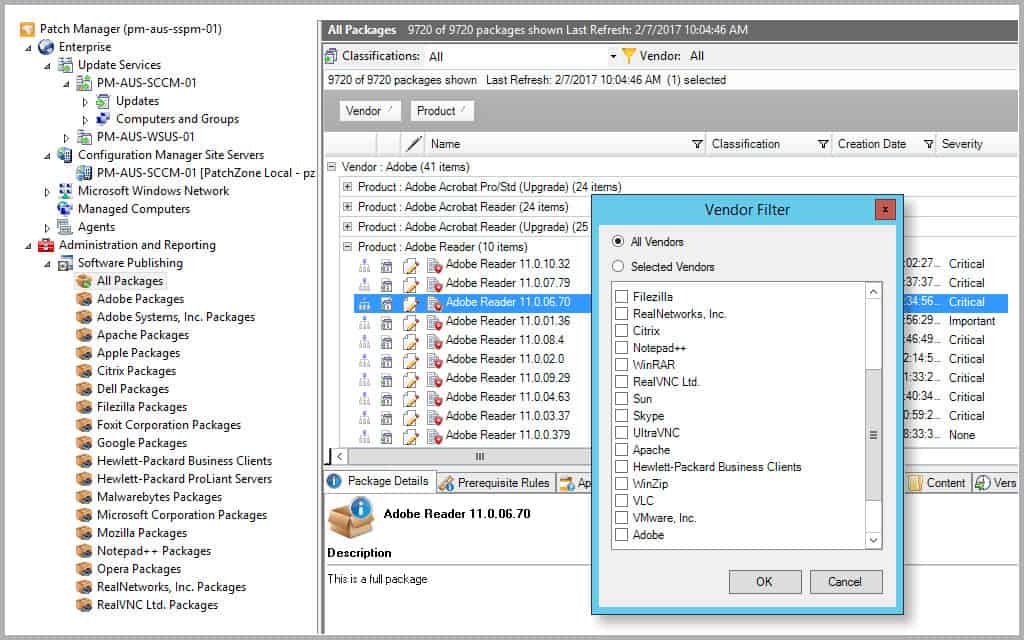 This is a virtual patching tool for corporate network administrators. It is a powerful tool from the leading maker of network and server management and monitoring tools.

You can check out the 30-day fully functional free trial of SolarWinds Virtual Patching for Endpoint Security.

Here we have another popular virtual patching tool that boasts a wide array of features. It is ideal for larger architectures that have a mix of operating systems and numerous third-party software solutions. 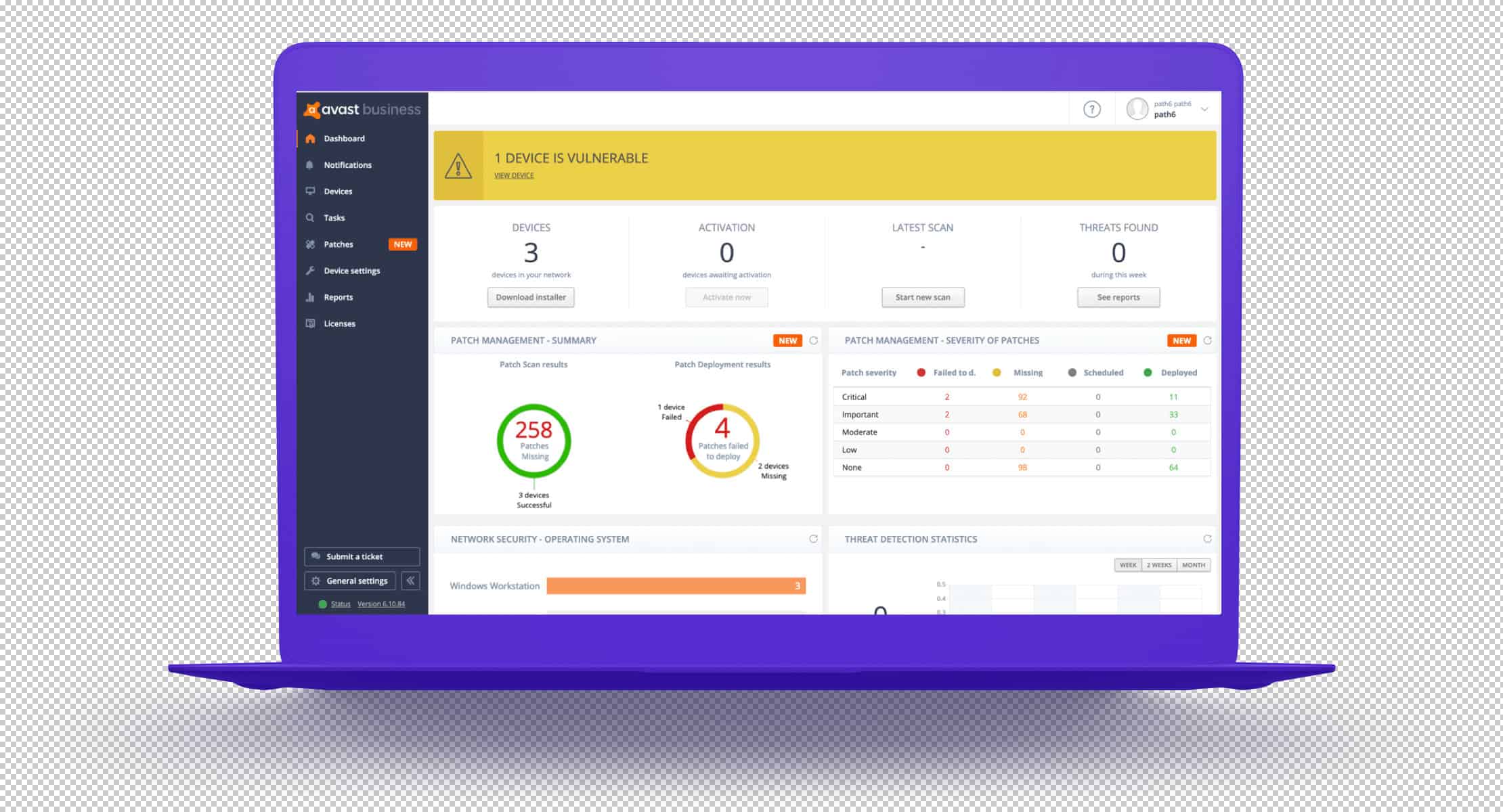 This virtual patching tool is for business architectures that rely on Windows products. It is another tool from a leading antivirus and security tools maker. With this tool, administrators have the ability to remotely secure their assets.

Virtual patching is a task that needs to be part of every conscientious administrator’s duty. It is a responsibility that is critical to the survival of a business.

We hope this post and the suggested tools will help administrators undertake this task with a little more ease. Let us know what you think. Leave us a comment below.