How to watch the NBA Draft 2022 online from anywhere

You can live stream the NBA Draft online from anywhere in the world for free, and we'll show you how with a VPN. Plus, we'll reveal the best VPNs for the job.
Paul Bischoff TECH WRITER, PRIVACY ADVOCATE AND VPN EXPERT 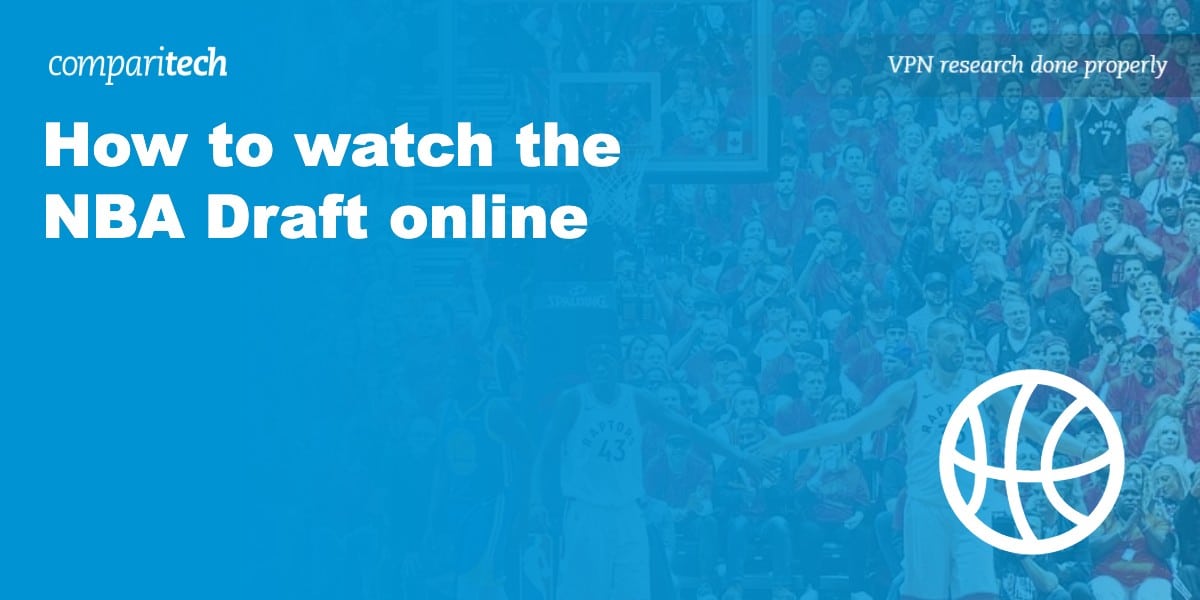 Excited for this year’s NBA draft? The 2022 NBA draft will take place at 20:00 EDT / 17:00 PDT on June 23. Once again, this will take place at the Barclay’s Center in Brooklyn, New York, marking the ninth time in a row this venue has hosted the draft.

If you’re traveling abroad, then you may face some difficulties watching the draft live online. Live streams of the 2022 NBA draft are restricted to the USA:

We’ll show you several ways you can watch both NBA Draft live streams from anywhere for free.

Note that all official streams are region-locked to the United States. If you’re traveling abroad, you can still access your usual home services with a VPN. Short for Virtual Private Network, a VPN encrypts your internet connection and routes it through a server in another location. In this case, you would set your VPN app to the USA to unblock the live stream. This will allow you to watch the NBA Draft from Canada, the UK or anywhere else in the world.

How to live stream the NBA Draft with a VPN

If you are outside the US, you’ll need a VPN to access ESPN live streams and watch the 2022 NBA Draft online.

Our top recommendation is NordVPN. It offers top-tier speeds, plentiful bandwidth for live streaming, and plenty of servers to choose from, as well as 24/7 live chat support. Even if you’re already in the US, NordVPN will improve your privacy and can prevent your internet provider from throttling video streams.

If you’re looking for speedy, secure alternatives, Surfshark and ExpressVPN are solid choices.

Here’s how to live stream the NBA Draft 2022 online from anywhere:

BEST VPN FOR THE NBA DRAFT:NordVPN is a fast, secure VPN that can unblock ESPN livestreams. Comes with a 30-day risk-free money-back guarantee.

Where to watch the 2022 NBA Draft live online

You can watch ESPN and ABC online in a few different places. All of them are only available in the US or through a VPN. Note that most require a US-based payment method but offer free trials, allowing you to watch the entire NBA Draft for free online and then cancel afterward:

All of the streams listed here are authorized by ESPN. Because the NBA Draft is a big event, however, it will no doubt be shown on a number of unsanctioned streaming sites. These sites often contain intrusive or malicious ads, low-quality video, and unreliable streams that could get shut down at any moment.

Don’t risk missing out on the Draft or getting a virus because of a sketchy stream!

Can I watch the NBA Draft online in Canada or overseas?

While there is a lot of demand to watch the NBA Draft in Canada, coverage is region-locked to the USA. Canadian and other international viewers can live stream coverage using a VPN and one of the official broadcasters listed above. NBA has international appeal, particularly with viewers in the Philippines, UK, Australia, Spain, Germany and elsewhere in Europe. If you are traveling in any location outside of the US you will need to use a VPN to access your services back home.

The top 10 prospects to look out for in this year’s draft are: