The Most Popular Halloween Movies by State 2023 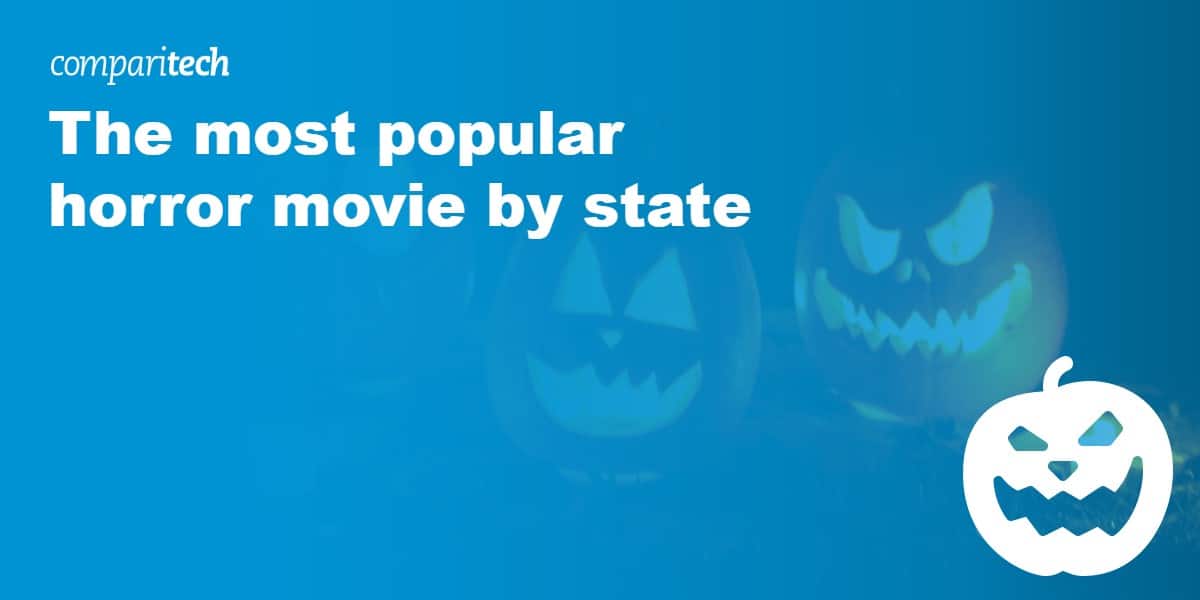 For many, Halloween is the most wonderful time of the year, giving them the perfect excuse to hide behind their sofas as they “watch” their favorite horror film.

But which films give which states the biggest frights?

Here at Comparitech, we’ve compiled a list of the most popular movies by state (based on what’s been the hottest topic on Google Trends over the past year) to see what people are finding most spooktacular. 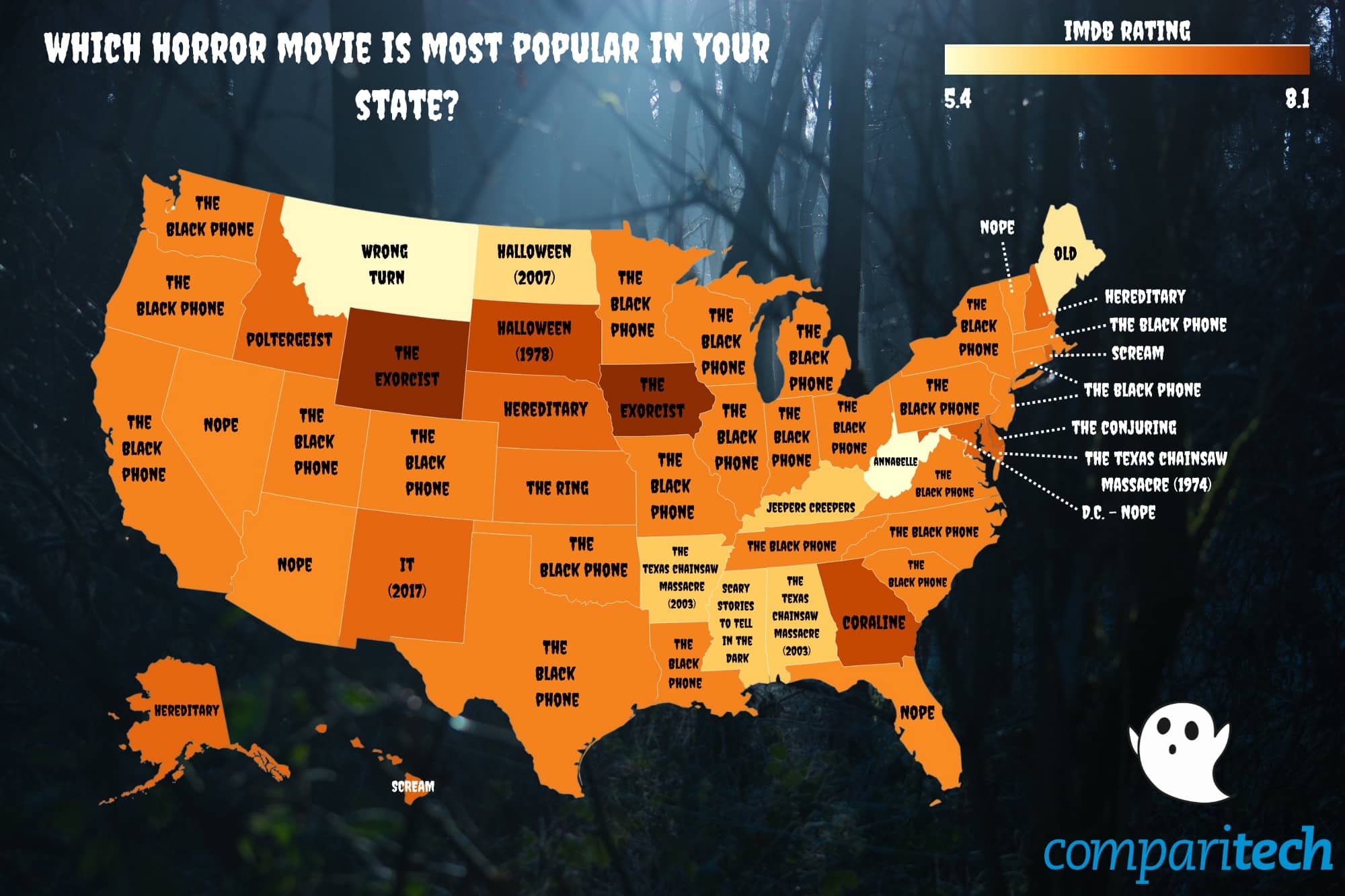 Creepy classics are a Halloween treat for these states

Sometimes, the best movies are the classics and this is no less true when it comes to scary movies. The graphics might not be up to today’s standards but the edgy filming, sinister music, and bone-chilling plots all add to the atmosphere.

So are the classics the best movies for Halloween night?

Residents in these states think so:

The modern horror movies that got everyone watching

While the aforementioned states preferred to stick to the oldies when it came to choosing a horror movie, there were a few new releases that got everyone watching over the last year.

Using Google Trends to search for the film genre “horror” in each state, we looked to see which movie was a rising topic in the related topics section. Rising topics are the top related search terms users looking at horror movies also searched for over the past year and saw the biggest influx in searches during that period. The top result for each state was the designated movie for that state. In some cases, a movie franchise may have appeared on top, e.g. “Insidious – film series” but we only noted the title when it was a specific film.