Trying to find out when Grey’s Anatomy season 18 returns? We reveal the release date and how to watch Grey's Anatomy online from anywhere in the world using a VPN.
Mark Gill TECH JOURNALIST, VPN AND PRIVACY SPECIALIST 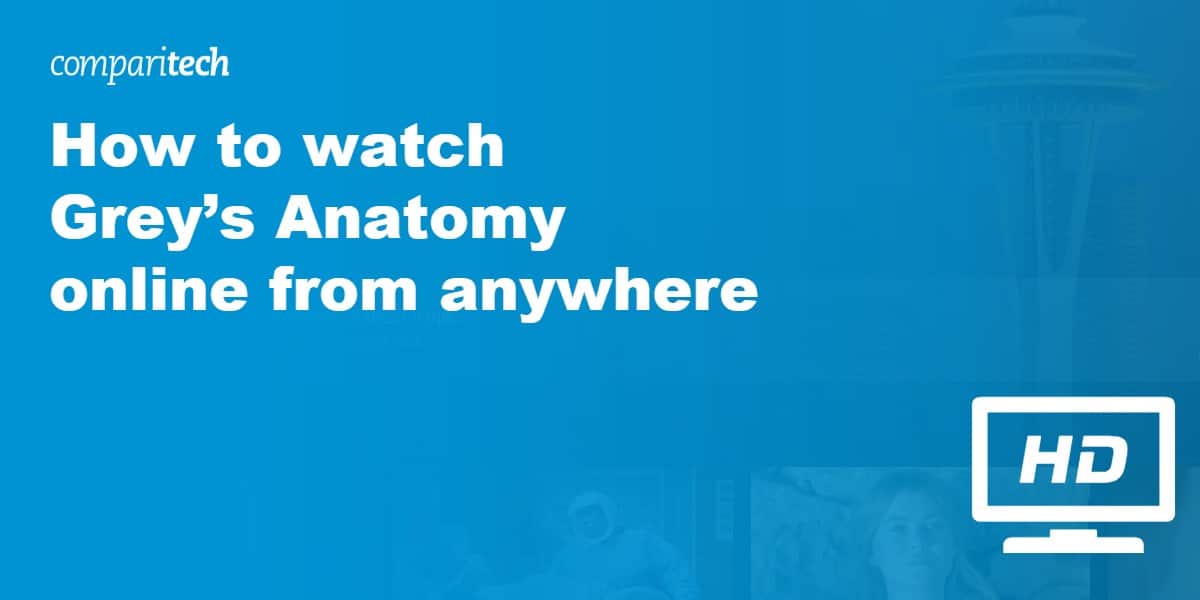 Grey’s Anatomy season 18 is set to premiere on Thursday, September 30, at 8 PM EST (5 PM PST). After season 17 was shortened to just 17 episodes due to the COVID-19 pandemic, fans will hope to be treated to the 24 or 25 episodes that had long been the norm each season. Take a look below to find out where you can watch Grey’s Anatomy season 18 live online and how you can do so from abroad with a Virtual Private Network (VPN).

We’ll only be recommending official sources for watching Grey’s Anatomy season 18. Such is the popularity of the series, there are always plenty of unlicensed streams. The trouble is that these are usually low resolution and face regular interruptions in the form of lag and buffering. Many unofficial sources are even taken offline for copyright infringement. Fortunately, we’ll show you the best ways to stream the show online from anywhere.

Grey’s Anatomy season 18 will only be shown on region-locked platforms. If you’re traveling abroad, you’ll need a VPN to continue watching via your usual home streaming services.

By connecting to a VPN server, you can change your IP address and make it look as if you’re browsing from another location. One benefit of this is that you can then access websites and content that would otherwise be geo-restricted where you are. This includes ABC and as a result, Grey’s Anatomy season 18.

Here’s how to watch Grey’s Anatomy season 18 online from anywhere:

Grey’s Anatomy season 18 will broadcast live on ABC. That’s why we recommend you test your VPN with ABC ahead of time. If you have any trouble, you can contact your VPN’s customer support who may be able to help resolve the issue in advance.

How to watch Grey’s Anatomy season 18 on US TV

As with all previous seasons of Grey’s Anatomy, Season 18 will continue to air on ABC. This means that if you have a US cable TV subscription, you can watch it online by signing in with your TV provider. You’ll need to enter the same cable TV login details (either a username or email address and a password). Once signed in, you’re good to go!

Don’t have cable TV? The good news is that there’s also a way to live stream ABC cable-free. To do this, you’ll need to subscribe to one of the following streaming TV services, all of which offer ABC as part of their packages: FuboTV, Hulu with Live TV, and YouTube TV. All of these services cost $64.99 (USD) a month although Hulu and YouTube TV currently carry an offer in which you pay $54.99 a month for the first three months. Free trials are available although a US credit card is required.

Whether you decide to watch Grey’s Anatomy season 18 directly on ABC or via a TV streaming service such as Hulu, you’ll need a VPN to watch outside the US. That’s because ABC is only available in the US. If you’re traveling abroad, simply connect to a US server for a US IP address. All ABC content should then be unblocked. NordVPN includes a 30-day money-back guarantee. This makes it a great, risk-free option for use with ABC.

Where else can I watch Grey’s Anatomy season 18?

Grey’s Anatomy seasons 15-17 are currently available on Disney+ in Australia and New Zealand. We don’t yet have any news regarding season 18 but it’s a strong possibility that it will also be coming to the streaming service — possibly around the same time as episodes become available in the US. A Disney+ subscription costs $11.99 AUD per month or $119.99 annually.

Due to copyright and licensing, the Australian version of Disney+ is region-locked abroad. However, it can be accessed via a VPN server in Australia with an Australian IP address.

While season 18 of Grey’s Anatomy will premiere on ABC, we can expect it to air on Sky Witness in the near future. Indeed, this was the case for season 17 which aired in the UK towards the end of its run on ABC. If this is the case and you have a Sky TV subscription, you should soon be able to watch Grey’s Anatomy season 18 at no extra cost. To do this online, simply access the Sky Go app.

There’s also a way to watch Grey’s Anatomy season 18 on Sky Witness without the commitment of a long-term contract. This is possible with Now which has an entertainment package consisting of multiple channels including Sky Witness. This costs £9.99 monthly and includes a seven-day free trial. Now TV is only available in the UK so it’s worth bearing in mind that you’ll need a UK IP address to watch it abroad.

What can we expect from Grey’s Anatomy season 18?

Grey’s Anatomy season 18 will premiere on September 30 with a special crossover event with Station 19. We’ve already seen the crossover event trailer and there’s no shortage of drama! While little has been revealed about the season 18 plot lines, we can expect it to touch on Teddy and Owen’s wedding as well as the rift between Amelia and Link. The premiere episode is titled “Here comes the Sun” but with episode three titled “Hotter than Hell” it’s safe to say it will be a rollecoaster!

Which cast members are returning for season 18?

We can expect to see all of the following return for Grey’s Anatomy season 18: