How to watch Superman & Lois season 2 online from anywhere 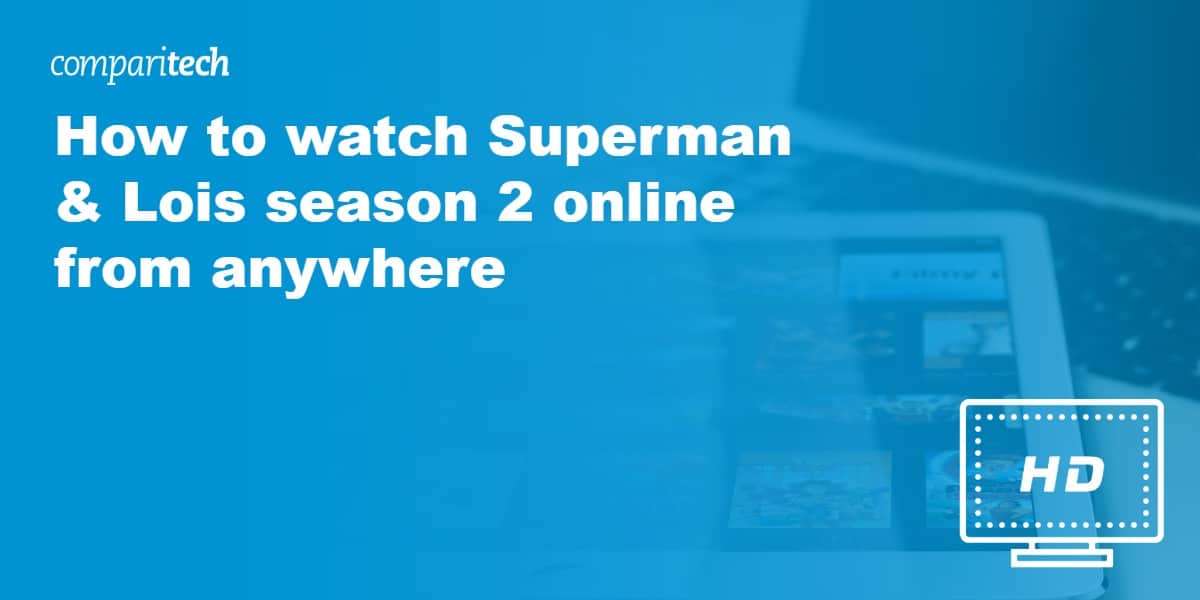 Superman & Lois season 2 is scheduled to premiere on Tuesday, January 11 at 8 PM EST (5 PM PST). It was only in August 2021 that the season 1 finale aired, so it at least hasn’t been too long of a wait. If you’re traveling abroad, you may find that Superman & Lois season 2 isn’t airing in your country. As such, you’ll need a Virtual Private Network (VPN) in order to watch it from abroad. We cover this and explain what to expect from season 2.

Please keep in mind that we’re only recommending official sources for watching Superman & Lois season 2. While there’s likely to be unlicensed streams, their low resolution and excessive lag and buffering mean they’re just not worth your time. Furthermore, many unauthorised streams will be taken offline for copyright infringement which would cause you to miss out on the Superman & Lois season 2 premiere. Fortunately, official sources don’t have these issues!

Superman & Lois season 2 will only be streaming on region-locked platforms. Traveling abroad? You’ll need a VPN to continue watching via your regular home streaming service.

How to watch Superman & Lois season 2 online with a VPN

Using a VPN allows you to change your IP address and make it look as if you’re browsing from another location. As a result, you can access region-locked content such as Superman & Lois season 2 regardless of your physical location.

Here’s how to watch Superman & Lois season 2 from anywhere:

Superman & Lois will air live on The CW. If you don’t want to miss out on the season 2 premiere, it’s a good idea to test your VPN with The CW ahead of time. That way, you can get in touch with your VPN’s customer support if you happen to encounter an issue.

NordVPN is offering a fully-featured risk-free 30 day trial if you sign up at this page. You can use the VPN rated #1 for The CW with no restrictions for a month - time to watch the first few episodes of Superman & Lois season 2.

How to watch Superman & Lois season 2 online in the US

In the US, Superman & Lois season 2 will premiere on The CW on Tuesday, January 11. This means that if you have a cable TV subscription, you only need to sign in to The CW to watch it live online. Signing in requires entering an email address or username and a password. If you don’t mind waiting an extra day, it’s possible to watch new episodes on The CW for free without having to sign in.

If you don’t want to have to wait to watch the Superman & Lois season 2 premiere but don’t have cable, keep in mind that The CW is also available via select TV streaming services. These are FuboTV, Hulu with Live TV, and YouTube TV. While FuboTV costs $64.99 (USD) a month, YouTube TV is currently $54.99 a month for the first three months ($64.99 a month thereafter). Hulu with Live TV is now the most expensive of the three at $69.99 a month although it includes access to Disney+ and ESPN+.

Regardless of whether you watch directly via The CW or a TV streaming service, you’ll need a VPN to stream the content outside the US due to geographic restrictions. This requires connecting to a VPN server in the US and getting a US IP address. You can do this with NordVPN, which comes with a 30-day money-back guarantee, allowing you to try it out for yourself, risk-free.

Where else can I watch Superman & Lois season 2 online?

Superman & Lois season 2 is also coming to Canada on the same day as the US (January 11). It can be found on CTV which requires a cable TV subscription to watch. Once signed in, you can then watch via the web or the CTV Go app. To do so while traveling abroad (outside Canada), be sure to connect to a VPN server in Canada. This is how you get a Canadian IP address for watching CTV from anywhere in the world.

We already have a premiere date for Superman & Lois season 2 in Australia — it’s coming on Wednesday, January 12. It will be shown on Foxtel as well as Binge. It may be that you’re already a Foxtel subscriber in which case, you can watch at no additional cost via the Foxtel Go app. Fortunately, there’s another way to watch with Foxtel with the Foxtel Now streaming service (the base pack costs $25 AUD a month). Alternatively, Binge subscription plans start from $10. Note that an Australian IP address is required to watch Foxtel or Binge abroad.

What should I know about Superman & Lois season 2?

We don’t yet know how many episodes season 2 will consist of but it’s likely to be around 15 like the first season. However, we do know that the first episodes of the season are titled “What Lies Beneath” and “The Ties That Bind.”

The first season of Superman & Lois ended with a cliffhanger as Natalie, the daughter an alternate version of Lois had with John, crash landed at the Kent farm. This is likely to be an important storyline in the new season if the season 2 trailer is anything to go by. We can expect to see Clark and Lois go through some relationship struggles as a result of this while the Man of Steel will also face some friction with his new DoD contact, Lt. Mitch Anderson.

Who is in the cast of Superman & Lois season 2?