UPDATE: November 15, 2021 – Stripchat have now acknowledged a breach incident. In addition to continuing their investigation into the incident they state they are also communicating with data protection authorities to reduce any potential harm.

The exposed database makes multiple references to Stripchat and consists of nearly 200 million records. Exposed data includes email addresses, usernames, and IP addresses, among other info, seemingly about the site’s users and models.

Comparitech discovered the exposed database and alerted Stripchat on November 5, 2021 in accordance with our responsible disclosure policy. The database was secured two days later.

The exposure could pose a significant privacy risk for both Stripchat viewers and models. If the data was stolen, they could face harassment, humiliation, stalking, extortion, phishing, and other threats both online and offline.

Our usual process is to contact the affected party so that they can investigate the incident and take appropriate action including informing affected users.

We reached out to Stripchat multiple times via email and Twitter but Stripchat has not responded nor acknowledged our disclosure or requests for comment at time of publishing. 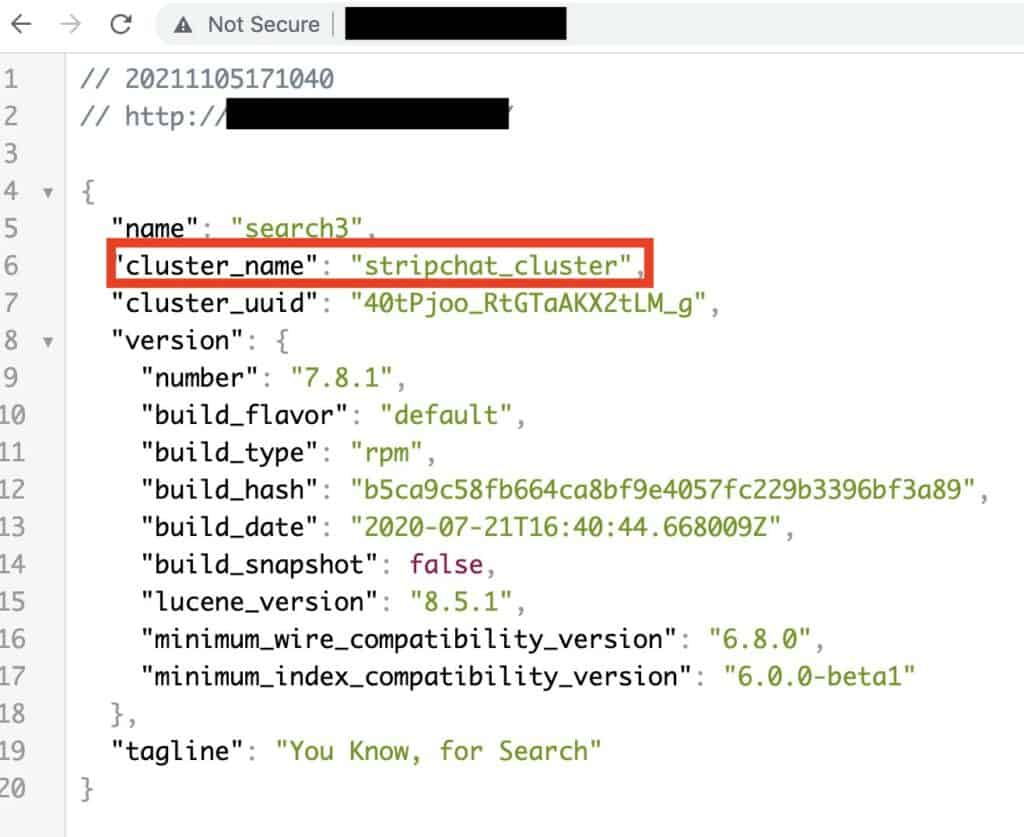 The database was accessible on the internet without a password or any other authentication required. Here’s what we know happened:

We do not know how long the database was exposed for prior to being indexed by search engines. Our honeypot experiments show that attackers can find and access unprotected databases in a matter of hours.

The Elasticsearch cluster contained about 200 million records in total, comprised of several databases: 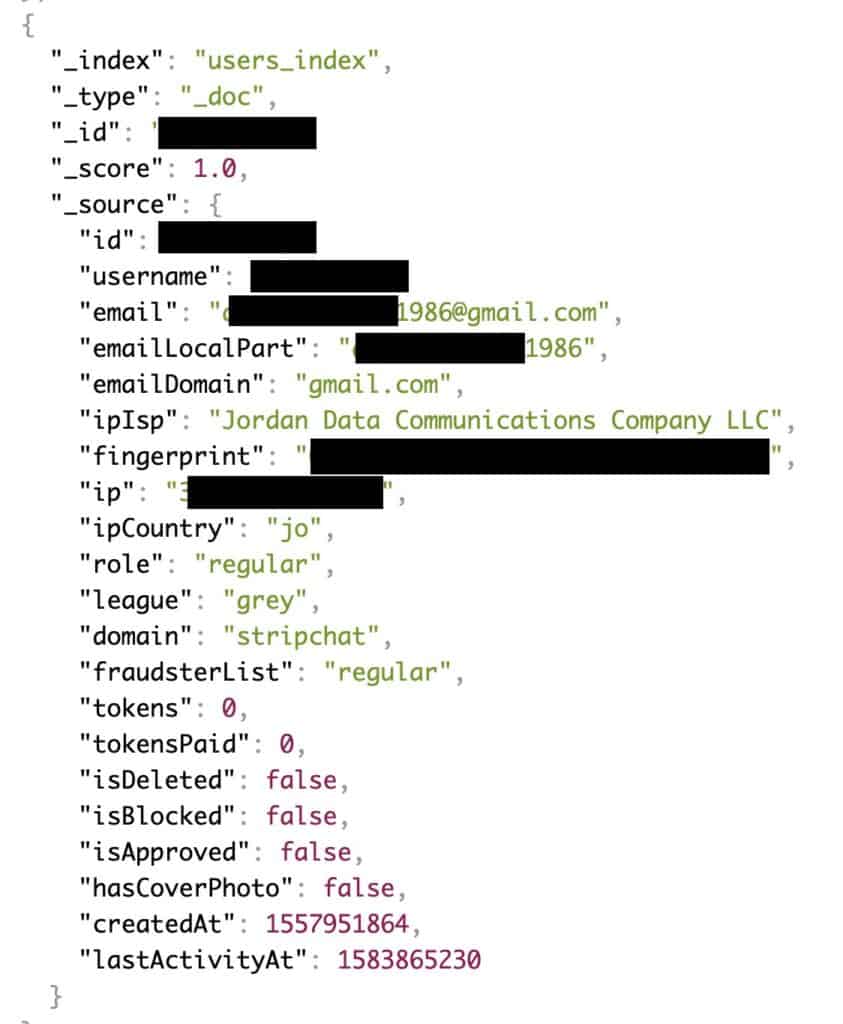 A user database containing circa 65 million records, each with some or all of the following info:

A model database of about 421,000 records, each with some or all of the following info: 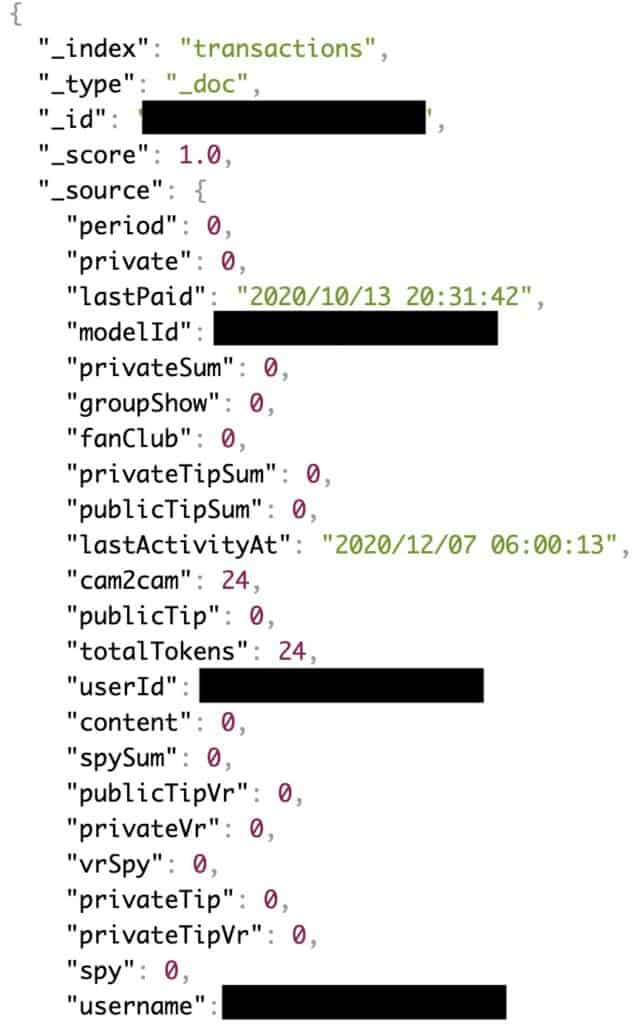 A transaction database of circa 134 million records with information about tokens and tips paid by users to models, including private tips.

A moderation database of about 719,000 chat messages sent to models, including both private and public messages. Each record contains the user ID of the viewer who sent the message.

The exposure could be a digital and physical threat for both Stripchat viewers and models. IP addresses, which can be used to approximate someone’s location, are particularly worrying. They could enable someone to find and stalk, harass, or even assault someone in the database.

Aside from physical violence, the identifying information could be used to extort, bully, or humiliate victims who thought their online activities were private.

Lastly, victims should be on the lookout for targeted phishing emails from fraudsters posing as Stripchat or a related company. Never click on links or attachments in unsolicited emails.

Stripchat is an adults-only website featuring live webcam performances, usually of nudity or sexual activity. The company was founded in 2016 and is incorporated in Cyprus. 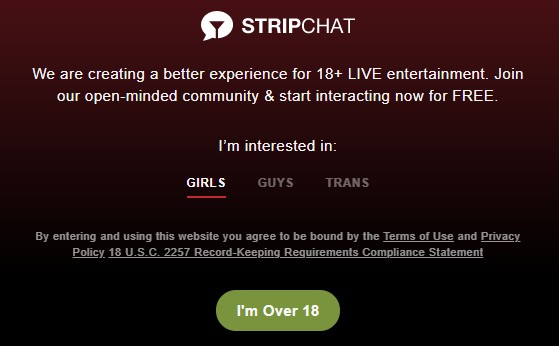 A company blog post notes Stripchat saw a 72 percent increase in traffc in 2020 following the start of the Covid-19 pandemic, including more than 900 million new users and 300,000 new models.

Users don’t need to register an account to view public cams, but an account is required to tip, chat, or make a session private.

Comparitech’s cybersecurity research team regularly searches the web for unsecured database containing personally identifiable user information. When we find an unprotected server, we immediately begin an investigation to find out to whom it belongs, who could be affected, and potential consequences for end users.

After verifying the identity of the responsible party, we alert them according to our responsible disclosure policy. Once the data has been secured and our investigation completes, we publish an article like this one to raise cybersecurity awareness and curb harm to end users.

Comparitech has published several data incident report similar to this one: