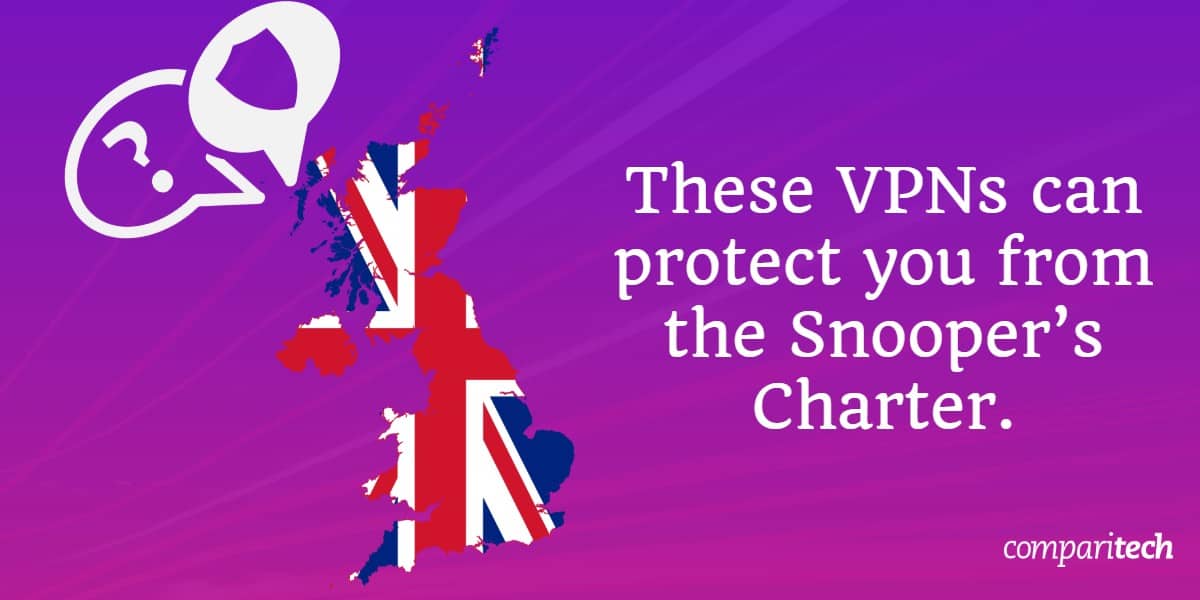 The UK’s Investigatory Powers Bill, colloquially known as the “Snooper’s Charter”, has completed its parliamentary procedure and is set to become law before the end of this year.

Finally, even though the traffic is encrypted and its destination is hidden, an ISP could still detect whether a VPN is being used. This might not be an issue, but if it is, then a VPN with some sort of obfuscation feature is necessary. Obfuscation, in regards to VPNs, means the encrypted traffic is “obscured” to look like normal, un-encrypted traffic.

ExpressVPN is based in the British Virgin Islands, outside the jurisdiction of UK law. By default, all connections are established using a 256-bit encrypted OpenVPN protocol, which is as strong as it gets. ExpressVPN logs some diagnostic information, but not any activity or identifying information. That includes dates (not times), choice of server location, and the total amount of data transferred per day. It does not log the contents of internet traffic or users’ IP addresses. DNS leak protection can be toggled on in the settings. ExpressVPN is also great for unblocking US Netflix and Hulu, and it allows torrenting. No obfuscation features are included.

NordVPN offers some powerful security and anonymity features for those who feel a normal VPN just isn’t good enough. That includes a “double hop” VPN, which feeds traffic through two VPN servers, and Tor over VPN, which directs traffic through the Tor Network after exiting the VPN server. OpenVPN encrypted with a 256-bit algorithm uses 2,048-bit SSL keys. NordVPN boasts a true zero-logs policy, meaning it stores absolutely no information about individual connections. The provider is based in Panama, beyond the scope of UK laws. NordVPN supports an obfuscation tool called Obfsproxy, but it must be set up manually with a third-party app.

IPVanish leverages 256-bit AES encryption, and most servers support our preferred OpenVPN protocol. The company does not log any personally identifiable information. The Windows and Mac apps allow users to specify how often their IP address changes for greater anonymity. A “scramble” disguises packets to make them look normal and un-encrypted so ISPs will have a hard time detecting that the VPN is being used. The company is based in the United States, which might put off some users wary of the NSA and FBI. The Snooper’s Charter does not put US companies under any obligation to divulge information, though.

LiquidVPN allows users to choose from three “topologies”, or types of IP addresses: private static IP, shared dynamic IP, or modulating IP. The modulating option changes your IP address every time you connect to a different web server, making it extremely difficult to trace. Connections use 256-bit encryption and the OpenVPN protocol. The Liquid Lock feature functions as a kill switch while also preventing DNS and WebRTC leaks. Users can select from 10 different ports to use, and LiquidVPN is one of the few providers to use perfect forward secrecy. Like IPVanish, the company is based in the United States, but LiquidVPN maintains a warrant canary on its website. LiquidVPN doesn’t store any identifying info, but it does record your last VPN logged into, the total number of logins, and bandwidth used.