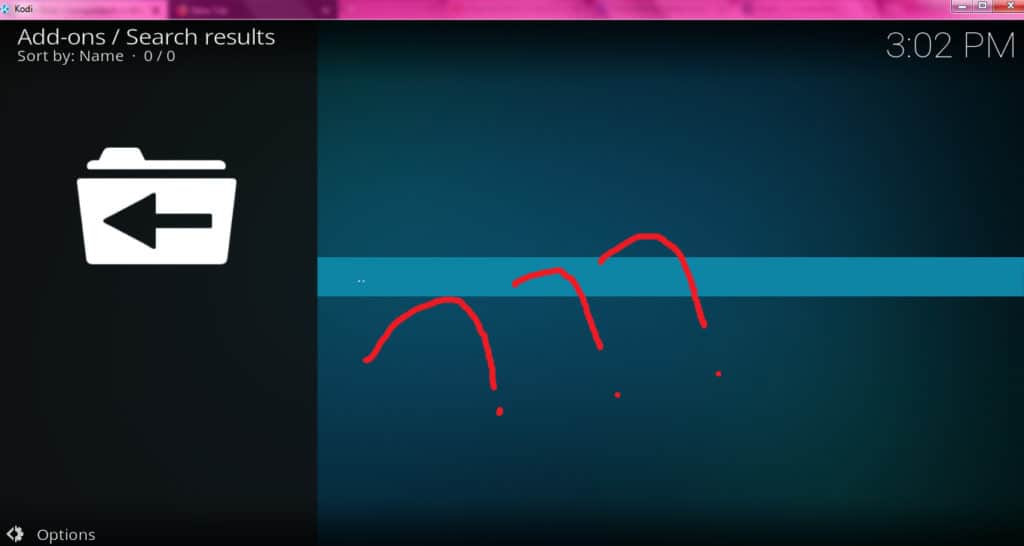 Are you having trouble finding the Kodi Bennu addon or have found it is not working? Are you getting a 404 error or statement that says “Colossal1 doesn’t have any public repositories yet” whenever you try to install it? The reason this is happening is because the Colossus repository that housed Bennu has been shut down. Developers working on it have been hit with cease and desist letters from the Motion Picture Association.

As a result, Bennu is no longer available. The rest of this article will explain what happened in more detail, along with some recommendations for alternative addons that are still available.

Kodi is a video media player that allows users to stream movies and shows from anywhere on the web. Videos from Kodi can be screencast to a Roku by mirroring the screen of an Android or iOS phone. It can also be directly installed on a PC, Mac, or Apple TV.

Important: Always Use a VPN with Kodi

Bennu users who stream unlicensed content generally use a VPN to prevent their ISPs from knowing what they are watching. However, all Kodi users should employ a VPN, regardless of which content they are watching or what sources they are streaming from.

Streaming video without a VPN exposes users to attacks by hackers and buffering from ISP speed throttling. It also allows streaming services to block content based on the location the user is accessing the Internet from. A VPN encrypts the user’s data and prevents it from being read by hackers, streaming-service providers, or the user’s ISP.

Despite these benefits, not all VPNs are equally effective. Some keep logs of users’ behavior, allowing for a new security risk where old ones have been eliminated. Some VPNs also have slow speeds due to limited server capacity.

These are the reasons why we recommend IPVanish for all Kodi users. IPVanish has servers in over 60 countries, keeping speeds high and video buffer-free. It also has a strict “no logs” policy. In addition, it’s easy to install using native apps for the Amazon FireStick and Nvidia Shield.

See also: Why is Kodi Colossus not working?

Why Bennu Kodi addon is missing

On November 15, 2017, the Bennu addon developer known as “TheAlphaP” received a cease and desist letter from the Motion Picture Association (MPA). This group is comprised of some very large media companies, including Disney, Paramount, NetFlix, Amazon, and 20th Century Fox. The letter has been posted online by TVAddons. It accuses TheAlphaP of developing addons that “provide unlawful access to protected copyrighted works.”

This same day, TheAlphaP tweeted that “charity stuff is over” and then deleted his twitter account. Subsequently, another Colossus developer tweeted that “I am stopping all development of the urlresolver, metahandler, and my other addons…Colossus has agreed to delete the repo too.” This developer, known as jsergio123, also stated that he would no longer work on Kodi addons unless they were 100% legal.

The official github page for Colossus began displaying a message that said “Colossal1 doesn’t have any public repositories yet.” Other sites that contained copies of the repo or even instructions on how to install the repository also went down, displaying 404 errors. The Colossus repo was the only place to find official, updated copies of Bennu. So while there may be old copies floating around somewhere on the Internet, there is now no way for users to know whether a copy they find has been tampered with. In addition, the addon will eventually cease to work as its links to streaming sources become out-of-date.

Despite Bennu being taken offline, there are still plenty of great Kodi addons available that will allow you to stream TV and movies from licensed, legal sources. Below is a list of a few of them.

Here are a few of the best legal Kodi addons to stream TV and movies. 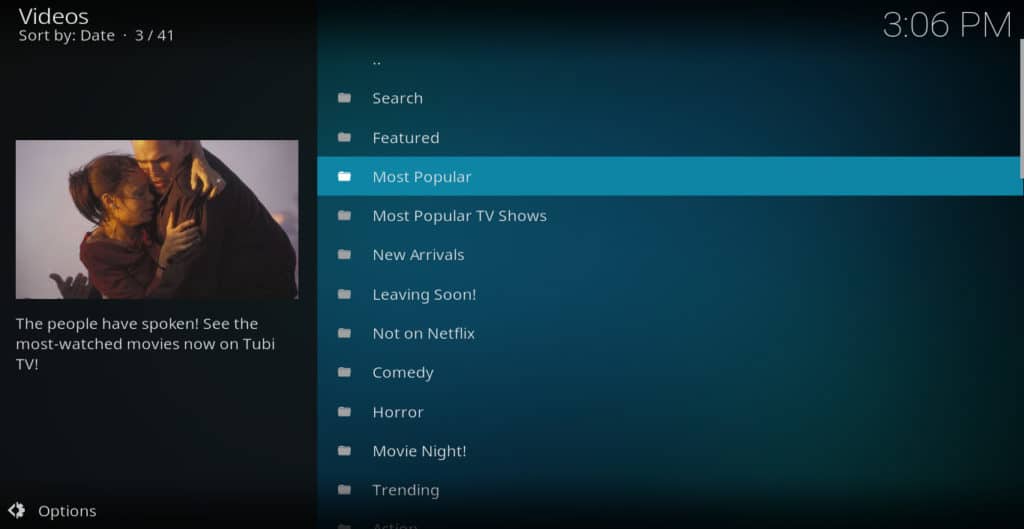 Tubi TV is a free video-streaming service paid for with advertising. It contains a huge library of movies starring popular actors and created by top-rated directors and writers. For example, Tubi TV carries Brothers (starring Toby McGuire and Natalie Portman), Girl Most Likely (from the creators of American Splendor), and Joe (starring Nicholas cage and directed by David Gordon Green). It also has popular TV shows like Dog: The Bounty Hunter, Merlin, and Durham County.

The Tubi TV Kodi addon is available at this github page. 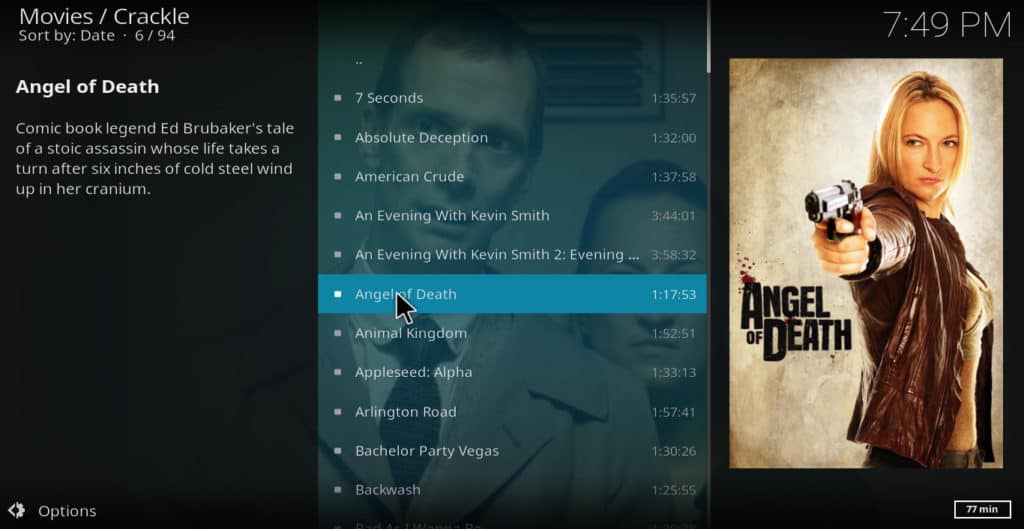 Crackle is another online video-streaming service paid for entirely with advertising. It carries popular network and cable TV shows from a few years back, such as Heroes, Heroes Reborn, and The Shield, as well as major Hollywood films like Jupiter: Ascending, Stephen King’s IT, Catwoman, and Swordfish. Crackle also produces some notable original shows, such as Startup.

The Crackle Kodi addon is in eracknaphobia’s repo. Here’s how to install it. 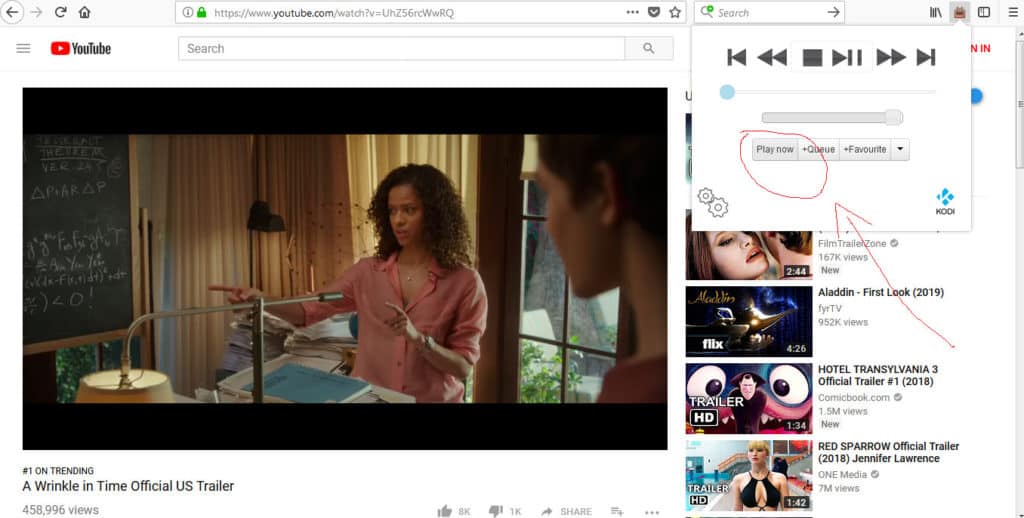 Play to Kodi isn’t actually a Kodi addon, but I’ve included it here because it qualifies as an alternative to Bennu. It is a web-browser addon that allows you to trigger videos from the web to play on your Kodi. It works with a variety of streaming sites, including Hulu, YouTube, Twitch, AnimeLab, DailyMotion, and Facebook.

Play to Kodi can be installed on either Chrome or Firefox, but it works best with Firefox. It can be found here.

The repository holding the Bennu Kodi addon has been shut down. The developer of the addon has been served legal documents by the MPA alleging that he has broken the law by helping users stream pirated movies and shows. For now, Bennu is not available.

Luckily, there are plenty of addons available for Kodi that are still online and completely legal. Follow this guide to find them.