Cyber attacks come in a variety of forms, from brute force DDoS attacks to crippling infections but there are few cyber threats that are as underhanded as spoofing attacks. In this article we’re going to look at spoofing attacks and the measures you can take to prevent them from stealing your data.
Tim Keary Network administration expert 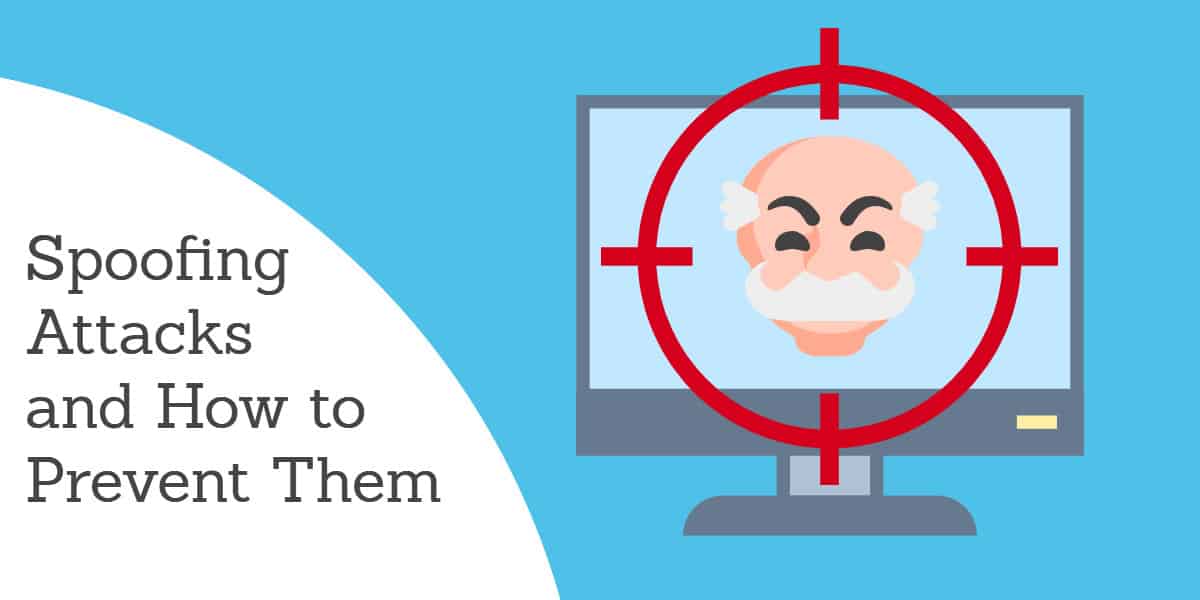 A spoofing attack is a type of cyber attack where an intruder imitates another legitimate device or user to launch an attack against the network. In other words an attacker sends a communication from a device disguised as a legitimate device.

Shockingly, Microsoft estimates that attackers hide within a network for an average of 146 days before detection. This suggests that spoof attackers have an ample amount of time to get their hands on important data. The price of overlooking these attacks can be catastrophic. In fact it is estimated that cybercrime cost organizations over $600 billion in 2017. A considerable percentage of these attacks will have been spoof attacks.

Spoofing attacks are a tricky entity because they can occur in so many different ways. From ARP spoofing to IP spoofing, MAC spoofing and DNS spoofing, there are many concerns to keep track of that it isn’t surprising many organizations fail to cover everything. An email spoofing attack can be launched simply by replying to the wrong email!

The main types of Spoofing Attacks

All endpoints on a network are identified by a MAC address and that identifier can also be faked by hackers. The real MAC address on each device is unique and it is hardcoded onto the network card and so cannot be changed. However, through software, a fake MAC address can be inserted into outgoing communications. This is a MAC spoofing attack.

MAC spoofing bypasses access control measures, gives a hacker the identity of a valid user, fools authentication checks, and can hide a rogue device on a network.

MAC spoofing operates within the network because routers rely on IP addresses to identify endpoints. However, MAC spoofing can be combined with IP address spoofing to enable attacks to be launched from remote locations.

How to Detect a MAC Spoofing Attack

Falsifying a MAC address doesn’t bypass the network. A network manager will still be able to view the traffic from that spoofed MAC address. An address that has been duplicated will show up as sending traffic from two different sources simultaneously. Other telltale signs would be a company device seemingly connecting to the network from a different physical location on the network.

Tools that would facilitate the detection of MAC spoofing include traffic analyzers and bandwidth monitors.

How to Prevent a MAC Spoofing Attack

MAC spoofing is usually implemented to fool access control lists, packet filtering, and authentication processes. So, straightforward security measures won’t help to prevent this type of attack. Instead, use one of these techniques:

Reverse ARP – Use a tool that implements a Reverse Address Resolution Protocol routine recursively on all active MAC addresses. This will spot the same MAC address being associated with multiple IP addresses.

A key point to look out for when choosing an anti-virus (AV) package is that traditional AVs just scan program code before allowing installation or watch for suspicious actions in software. They don’t have any procedures for guarding against spoofing attacks.

Look for a “next generation” AV or, even better, an “endpoint protection platform.” These two industry terms describe malware protection that expands beyond just maintaining a blacklist of software or behavior patterns. Next-generation AVs use machine learning to spot unusual activity without having to refer to standard databases of performance signatures or a blacklist of file names.

An endpoint protection platform blurs the boundaries between AV, firewall, and intrusion prevention systems. This is the kind of approach you need in order to combat all of the forms of spoofing that are practiced today. Take a look at CrowdStrike Falcon Prevent. This is a next generation AV that is bundled into an endpoint protection platform. The system is based in the Cloud, so it doesn’t drag down your endpoints while analyzing activities. Monitoring of events on your on-site devices is implemented with agent software. CrowdStrike offers the Falcon system on a 15-day free trial.