How to watch the Ryder Cup 2018 online abroad for free

With Europe leading United States 10-6 going in to the final day of golf’s Ryder Cup  you won’t want to miss it. Don’t worry: today, we’ll explain where you can watch the 2018 Ryder Cup online, free. We’ll also show you how you can use a Virtual Private Network (VPN) to unblock geo-restricted sources and live stream the Ryder Cup from abroad. 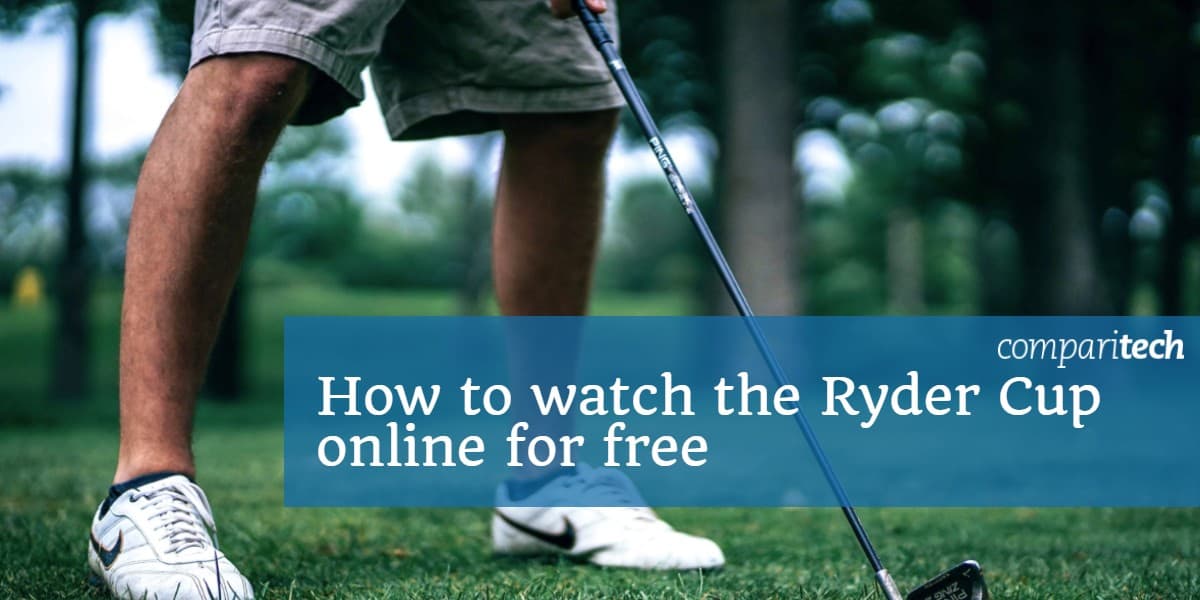 The 2018 Ryder Cup will take place in Saint-Quentin-en-Yvelines, France, from September 25th to September 30th. Each day’s events begin at 8AM CEST (7AM BST / 11PM PST/ 2AM EST), but the main events will air much later in the day. Below, we’ll explore all the ways you can catch the action, as well as the times that the most anticipated matches will tee off.

Important: this post will only cover official sources. Although there are usually numerous unlicensed streams for sports events like the Ryder Cup, we recommend ignoring them in favor of properly licensed sources. After all, unofficial streams are prone to takedowns, and often only have low-resolution video. You can watch the 2018 Ryder Cup for free online legally, so there’s no reason to resort to sub-standard, unofficial streams.

VPNs are an easy way to reliably unblock geo-restricted services, making them usable from anywhere in the world. We recommend ExpressVPN: it boasts an extensive server network (2,000+ servers across 94 different countries), high speeds, and the ability to unblock major streaming sites that other VPNs struggle with, like Netflix, BBC iPlayer, and Sky Go.

You can sign up and start streaming safely in just a few minutes. Just choose either a one-month, six-month, or annual subscription, and submit your payment. ExpressVPN comes with a 30-day money-back guarantee, so you can trial the service by watching the Ryder Cup. If you’re unsatisfied, or only wanted to watch this one event, you can just cancel within this period to receive a full refund, no questions asked.

How to unblock and stream the Ryder Cup with a VPN

New to VPNs and not sure where to start? Accessing geo-blocked platforms is actually fairly straightforward; just follow the steps below.

Here’s how to stream the Ryder Cup with a VPN:

We recommend running through the steps above before the Ryder Cup actually begins. This way, you’ll know in advance if there are any problems and will have plenty of time to ask for help from your VPN’s customer support team.

Where can I watch the 2018 Ryder Cup live online?

The 2018 Ryder Cup will be broadcast in various countries around the world. Below, we’ll explain where you can catch every minute of the action live online, whether you’re at home or abroad.

NBC has been America’s official Ryder Cup broadcast for almost 20 years. As such, this year’s event will be available on the NBC Sports mobile app, or online at The Golf Channel. If your cable subscription already includes NBC Sports, you’ll be able to watch at no added cost.

Don’t worry if you don’t have cable TV. The Golf Channel allows you to sign in with various over-the-top services including DirecTV NOW, Hulu, and Sling TV, each of which offers at least a seven-day free trial. You can watch the Ryder Cup for free by signing up for one of these services, streaming the tournament, and canceling before the trial period ends.

There will also be a free-to-watch live stream on the official Ryder Cup website. While it’s unclear whether or not this will show the matches or simply offer buildup and analysis, there is a box below the player offering minute-by-minute coverage. This live stream is geo-restricted but will be available to users with a US or Canadian IP address.

There’s just one Ryder Cup broadcaster in the UK: Sky Sports. It will be showing each game of the event live, both on its web player and the Sky Sports Mobile TV app.

Existing Sky Sports subscribers can log in and start streaming immediately. If you’re not a Sky customer, there are two options. You can decide to get Sky TV, but this is expensive (the required packages are £38 a month, not including installation fees) and locks you into a long-term contact. A better option is to buy a week-long Now TV Sports pass for £12.99; this will allow you to watch both channels that are showing the Ryder Cup: Sky Sports Golf and Sky Sports Main Event.

In Australia, the Ryder Cup is airing on Fox Sports. If you’re a Foxtel customer, you may qualify for a free subscription, but otherwise, digital passes are available for $4.99 AUD per month or $49.99 annually.

Fox Sports geo-restricts their content to viewers within Australia, so if you’re overseas on vacation when the Ryder Cup begins, you’ll have to connect to one of your VPN’s Australian servers before you can watch anything.

France’s Canal+ will be showing the 2018 Ryder Cup live online. The entirety of each day’s events will be broadcast live on Canal+ Sport. This package costs €15 each month, but you’ll also have to pay €19.90 for the basic subscription, resulting in a total monthly cost of €34.90. Unfortunately, this service comes with a two-year contract, but there is a version without a long-term commitment. This is pricier, though, at €49.90 a month.

Canal+ asks its users to sign long-term contracts or pay for the privilege of avoiding them, so it’s not ideal for watching one specific event. However, the sports package includes beIN Sports and Eurosport, so it’s a wise choice if you follow sports regularly.

Canal+ will show the Ryder Cup with French commentary.

Free VPNs can seem like an easy way to protect yourself when streaming, but the reality is that they pale in comparison to their premium rivals. For instance, free VPNs tend to have more users, yet fewer servers to help spread the load. This leads to videos which stutter or lag continuously if they play at all. What’s more, free VPNs are usually the first services to be blacklisted when a streaming platform improves its geo-restriction features, so there’s no guarantee you’ll be able to watch at all.

Servers are expensive to maintain, so how can these services afford to exist? Free VPNs don’t charge their users directly, so they have to find other ways to make money. It could be that they simply insert ads into the sites you visit, but they can also use tracking cookies to monitor your browsing habits, even when you’re not connected to the VPN. The data they collect can then be used to build a consumer profile and sold to third parties without your knowledge.

In some cases, a free VPN may be worse than no VPN at all. As of 2016, there were dozens of Trojans on the Google Play Store masquerading as free VPN apps. Further, many of the surveyed apps failed to encrypt any traffic whatsoever. Sadly, this isn’t the first time we’ve seen free VPNs mislead their users: we’ve even seen a widely-used company, Hola, sell user bandwidth to help run a botnet. To keep yourself and your data safe, we recommend using a trusted VPN service with a clear, customer-first privacy policy.

How does the Ryder Cup work? 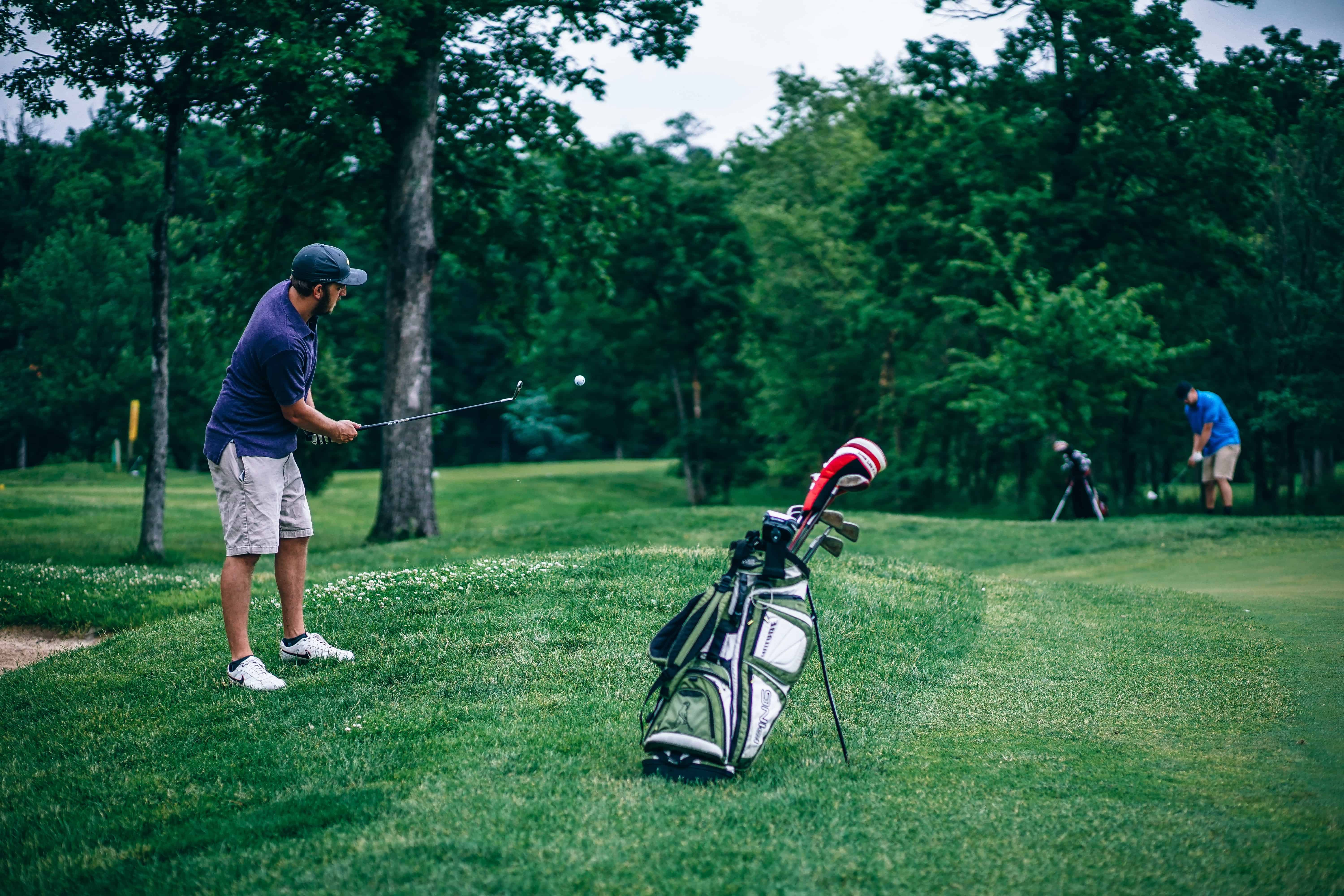 The Ryder Cup pits two teams of twelve golfers against one another in a series of match play games. Scoring is simple: a win is worth one point, and a tie is worth half a point. The first team to amass 14.5 points of the available 28 is the winner. If both teams earn 14 points, the team currently in possession of the Ryder Cup keeps it.

The 2018 Ryder Cup teams are as follows:

In the first two days of the competition, teams will play a combination of four-ball and foursome games. In four-ball, two members from each team play the same hole simultaneously, with the team’s lowest score being submitted. In foursome matches, both team members alternate shots on the same ball. The final day of the Ryder Cup is easier to follow, with 12 one-on-one singles matches.

Who is expected to win?

At first glance, it seems like Team USA has the upper hand. After all, it has the current world number one, two, three, seven, nine, and ten golfers. However, Team Europe has some truly exceptional players, including Hatton and Fleetwood, who have won seven tour events each.

The key to winning is often consistency. As such, we can reasonably expect more experienced players to perform better over several days. Generally, Team Europe’s players have more experience, with an average of 15.3 professional wins each. Team USA has an average of 18.6 wins per player, but this is largely due to the presence of Phil Mickelson and Tiger Woods, each of whom has several times the number of professional wins than any other member of their team. These golfers are more likely to remain cool under pressure, but two players alone can’t win the Ryder Cup.

The Official World Golf Rankings show a fairly considerable drop in average points after the top four: from 9.31 down to 7.36. This is still excellent, but Team Europe will have to give everything they have to bring down the triple threat of Johnson, Koepka, and Thomas.