How to watch Pennyworth season 2 online (from anywhere)

Want to watch Pennyworth season 2 online from abroad? To do this, you’ll need a Virtual Private Network (VPN). Below, we’ll explain how a VPN lets you live stream Pennyworth, from anywhere.
Mark Gill TECH JOURNALIST, VPN AND PRIVACY SPECIALIST 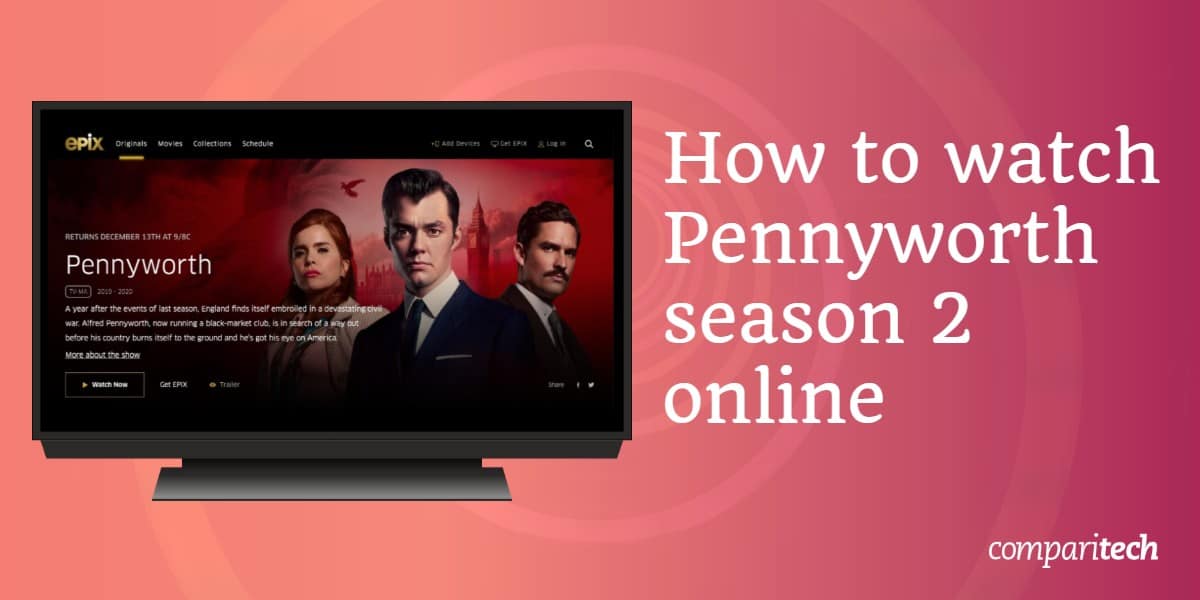 Pennyworth season 2 is scheduled to premiere on Sunday, December 13, at 9 PM EST (6 PM PST). Season 2 will be made up of 10 episodes and is set one year after the events of last season, with England becoming embroiled in a civil war. If you’re traveling outside the US, you’ll find Pennyworth season 2 to be region-locked for reasons related to copyright and licensing. However, a VPN lets you unblock and live stream Pennyworth from anywhere.

We’re only recommending official sources for watching Pennyworth season 2 online. While you may find unauthorized streams, it’s worth knowing that they’re likely to be taken offline for copyright infringement. Furthermore, they’re usually low resolution and with a lot of lag. By using the official sources listed below, you can ensure you’re watching in the highest quality without the risk of missing out.

Pennyworth season 2 will only be shown on region-locked platforms. To watch abroad via your regular home streaming services, you’ll need to connect to a VPN.

How to watch Pennyworth season 2 online with a VPN

A VPN encrypts your internet traffic and provides you with a different IP address. As most geo-restricted websites rely on this to tell your location, you can trick them into granting you access abroad by connecting to a server in another country. VPNs aren’t just useful for beating geo-blocking: they also encrypt your data, helping to keep you anonymous online.

Here’s how to watch Pennyworth season 2 online from anywhere:

Pennyworth season 2 will broadcast live on Epix. To avoid missing out on the season premiere, you should test your VPN with Epix in advance. Having trouble? It’s a good idea to contact your VPN customer support for further assistance.

How to watch Pennyworth season 2 on US TV

Season 2 of Pennyworth will premiere on its original network, Epix. There are a number of ways you can watch Epix. For starters, you may already have access to the channel if you have a US cable TV subscription. In this case, you would simply go to the Epix website or Epix Now app and log in with the same credentials you use with your cable TV provider (an email address or username and password).

Fortunately, you don’t need to have cable TV to watch Epix online. Another alternative is to pay a monthly subscription of $5.99 USD (this includes a 7-day free trial). Epix is also available via select TV streaming services including AT&T TV Now, FuboTV, Philo, Sling TV, and YouTube TV. In all cases, Epix is available as a $6/month add-on (on top of the price of a regular subscription).

However you choose to watch Epix online, you’ll need to use a VPN to do so from abroad. That’s because Epix is only available in the US. As such, you’ll need to connect to a server in a US city to get a US IP address. Epix content (including Pennyworth season 2) will then be unblocked. NordVPN works with Epix and even includes a 30-day money-back guarantee so you can try it out risk-free.

Where else can I watch Pennyworth season 2?

It’s important to keep in mind that Pennyworth will first premiere on Epix. However, there will be more ways to watch season 2 in the following months. Indeed, this was the case for the first season of the show. 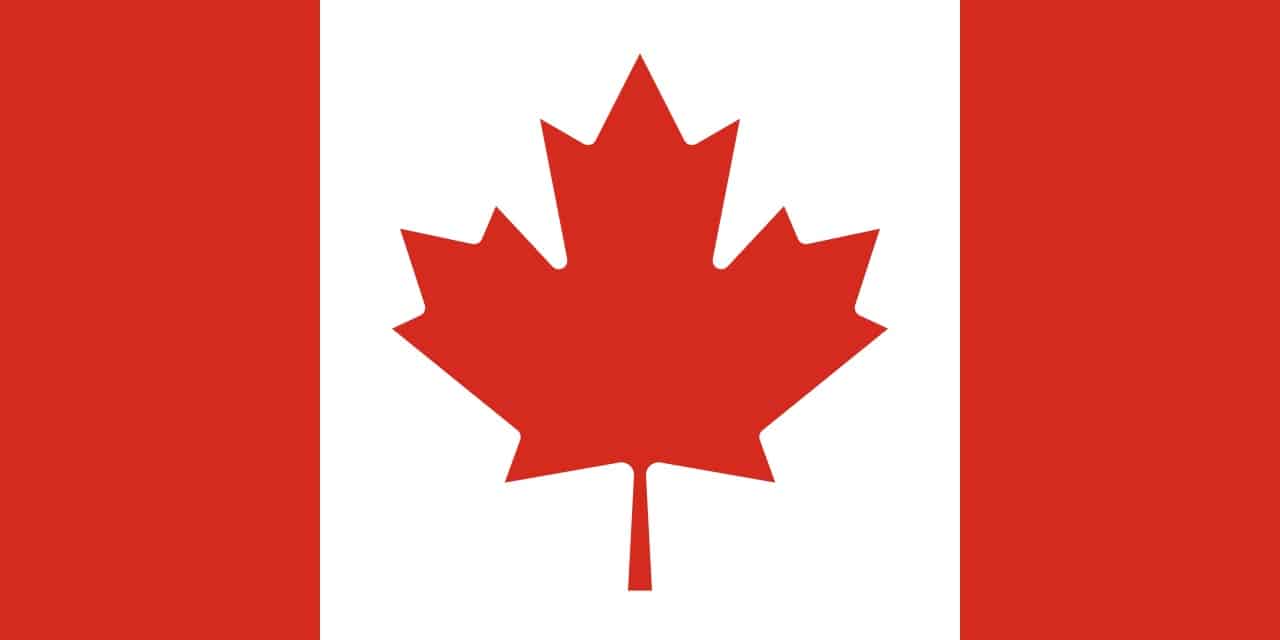 Although an official date has yet to be announced, Pennyworth season 2 will be coming to Showcase in Canada. Indeed, the Showcase website states “season 2 coming 2021”. This is likely to be in January or February based on the fact that season 1 premiered on Showcase six weeks after its Epix premiere.

You can watch Showcase via select cable TV providers. In order to watch online, simply sign in via Global TV using your cable TV login details. If you don’t have cable TV, a way to watch Showcase cable-free is to subscribe to StackTV via Amazon Prime Video Channels. In Canada, Amazon Prime Video costs $7.99 CAD per month while StackTV is available as a $12.99/month add-on.

To watch via the above options, a Canadian IP address is required. You can get one by using a VPN to connect to a server in a Canadian city.

Pennyworth season 2 will also be coming to the UK. This was the case for season 1 which aired on StarzPlay nearly three months after its initial premiere on Epix. You can watch StarzPlay online via the StarzPlay app or via Amazon Prime Video. Either way, it costs £5.99 per month.

StarzPlay is only available in select countries. To access the UK version, connect to a server in the UK. You’ll then be assigned a UK IP address, allowing you to unblock the geo-restricted content from anywhere.

What can we expect from Pennyworth season 2?

Pennyworth season 2 will consist of 10 one-hour episodes. The new season premieres on December 13 with the second episode airing one week later on December 20. On December 27, there will be a two-part mid-season finale with the rest of season 2 airing sometime in 2021 (due to COVID-19 and the subsequent lockdown delaying production).

Based on the Pennyworth season 2 trailer, we can expect to see England in the midst of a civil war. The neo-fascist Raven Society is taking over the country while the No Name League hangs on to a few cities including London. It’s here that we find Alfred Pennyworth who is now running a black-market club in the West End Neutral Zone. In search of a way out, he’s got his eye on the United States.

Which cast members are returning for Pennyworth season 2?

All of the key cast members are back for Pennyworth season 2. This of course includes Jack Bannon as the eponymous Alfred Pennyworth. Expect to see plenty of familiar faces including Deon ‘Bazza’ Bashford (Hainsley Lloyd Bennett), Wallace ‘Dave Boy’ MacDougal (Ryan Fletcher), Mrs Pennyworth (Dorothy Atkinson), and Bet Sykes (Paloma Faith). There will also be some new additions to the cast including James Purefoy as Captain Gulliver Troy, Edward Hogg as Colonel Salt, and Jessye Romeo as Katie Browning.