Want to live stream the Super Bowl LIV (54) on Kodi for free? This guide will walk you through how to watch the Super Bowl on Kodi, from anywhere in the world.
William Elcock 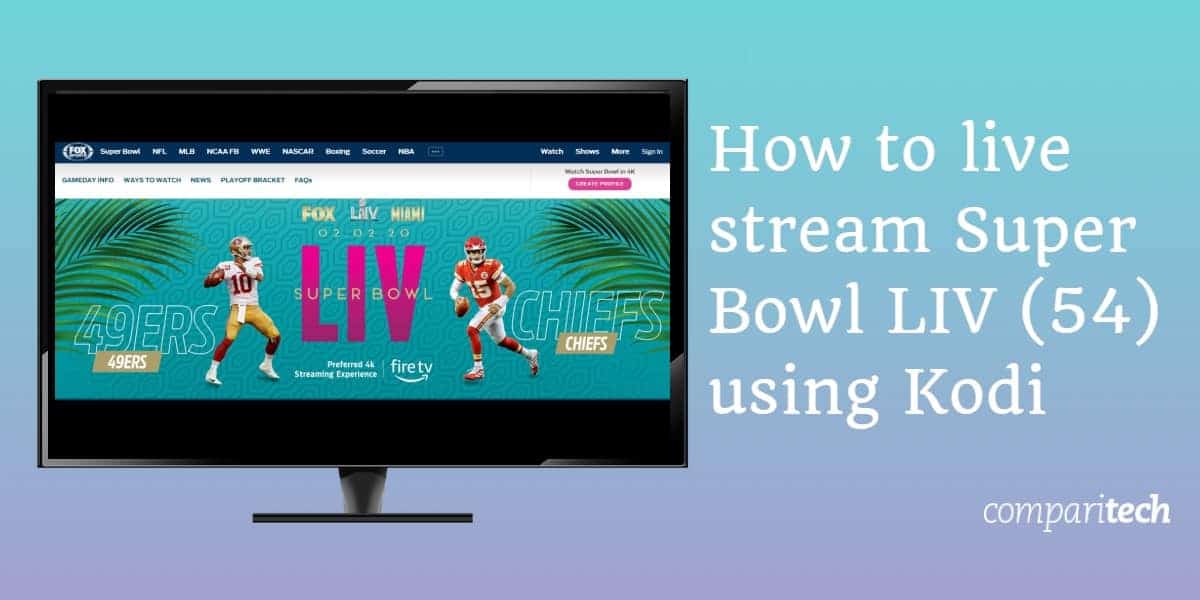 The 2019-2020 NFL season will culminate in the Kansas City Chiefs and San Francisco 49ers roughing it up on the field for Super Bowl LIV (54). NFL fans can live stream this game on February 2, 2020, starting at 6:30 PM EST / 11:30 PM GMT. If you’re hoping to watch the Super Bowl on Kodi you’re in luck! You can watch Super Bowl LIV on Kodi through several official sources. You can even stream the Super Bowl for free through Kodi this year, even if you’re traveling abroad.

The 2020 Super Bowl will only be broadcast through region-locked services. This means if you’re traveling abroad you may need a VPN to access your usual streams on Kodi.

How to watch Super Bowl LIV (54) on Kodi from anywhere

Depending on where you live, Super Bowl LIV (54) will either be broadcasting through a paid TV service or on a service that’s free-to-air. Regardless of where you are, if you wan access to free options through Kodi, you may nee da VPN to unlock those streams through Kodi.

Here’s how to watch Super Bowl LIV streams on Kodi for free with a VPN:

Super Bowl LIV (54) will be broadcast live so it’s important to test your VPN before the game starts. You may need to test it on a different service given some of the free live streaming options may not be available until 6:30 PM EST or slightly before then.

The BBC will be broadcasting Super Bowl LIV live online for UK viewers. As long as you have a UK TV License, you are authorized to view the online stream (although the website only asks you a yes/no if you have one). 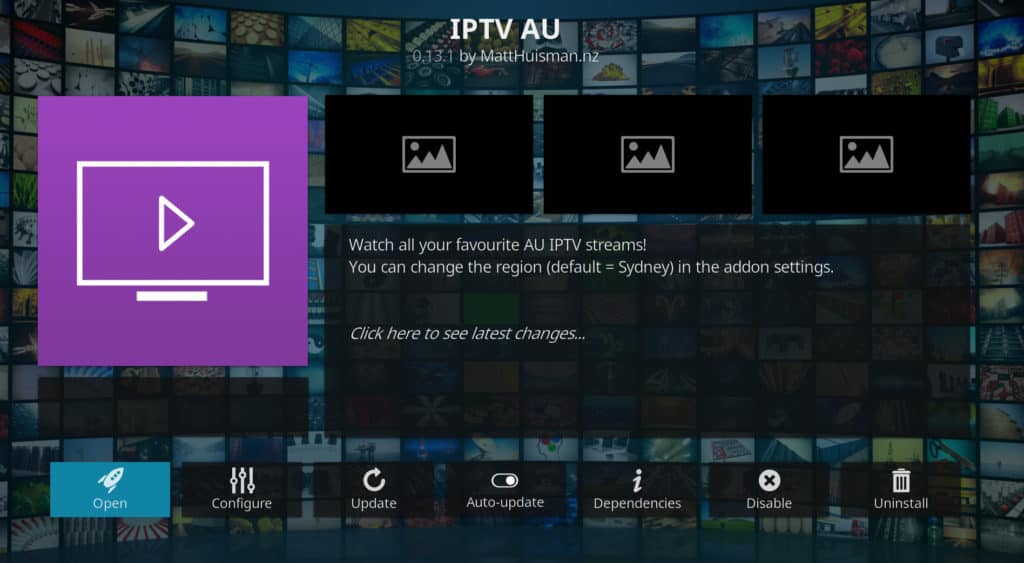 Australia’s Channel 7 and 7Mate networks will both be broadcasting Super Bowl LIV live online.  Unlike with the UK’s BBC iPlayer, the only restriction is location-based. There’s no TV License requirement, and you can watch the broadcast easily through Kodi, though a VPN is recommended to unblock the stream.

To install this addon to Kodi, do the following:

Your Firestick is going to be one of the best devices to use for the big game. You can easily watch Super Bowl 54 on your Amazon Fire TV or Fire TV Stick thanks to the available apps and the Silk browser.

The 2020 Super Bowl LIV (54) is broadcasting on February 2 starting at 6:30 PM EST. The San Francisco 49ers are taking the top-seeded position this year, coming into the Super Bowl with a 13-3 record, while the Kansas City Chiefs are squaring up at 12-4.

This will only be the Chiefs’ third appearance in the Super Bowl. The last time the team made it to the NFL’s pinnacle game was 50 years ago at the 1970 Super Bowl IV, while the team also appeared at the first Super Bowl in 1967 alongside the Green Bay Packers. Needless to say, the Chiefs team entering the Hard Rock Arena in Miami, Florida, is not the same team they were the last time they made an appearance.

The 49ers, on the other hand, will be making their seventh appearance at the Big Game. The team last broke into the Super Bowl in 2013 at Super Bowl XLVII 9(47), meaning many of the 49ers’ alums from that game will be taking the field once again to give it another shot.

Betting odds are almost evenly split for these two teams as it appears fans and gamblers can’t seem to agree on an outcome without the Patriots making an appearance this year.