Want to live stream the Super Bowl LV (55) on Kodi for free? This guide will walk you through how to watch the Super Bowl 2021 on Kodi, from anywhere in the world.
William Elcock 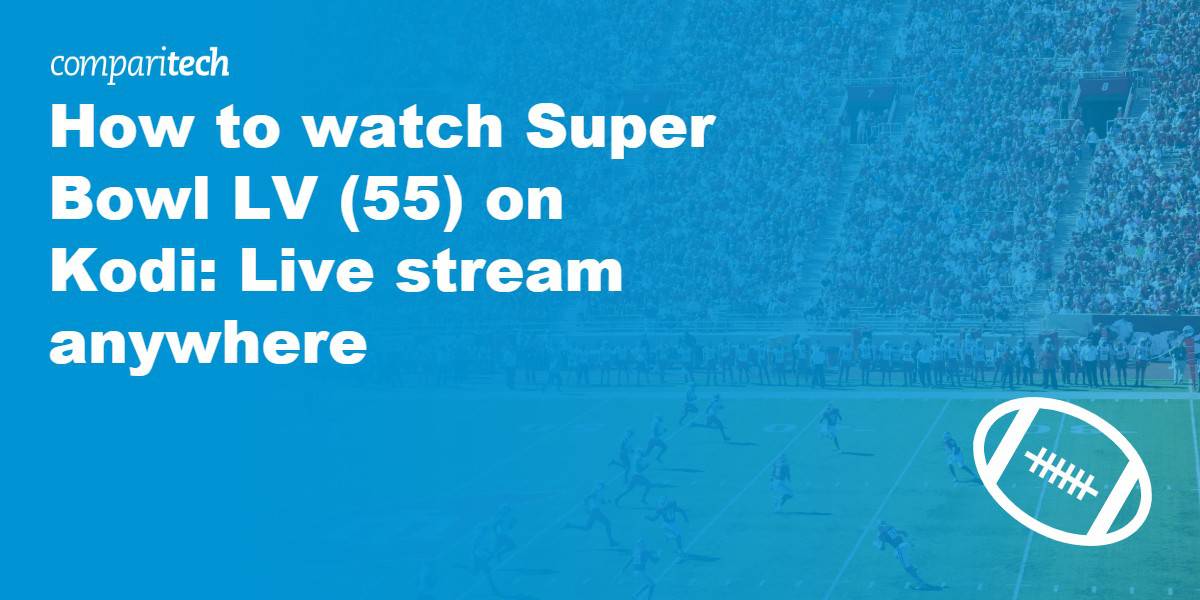 The 2020-2021 NFL season will culminate in the Kansas City Chiefs making a return in Super Bowl LV (55), this time against the Tampa Bay Buccaneers. NFL fans can live stream Super Bowl 55 on February 7, 2020, starting at 6:30 PM EST / 11:30 PM GMT. If you’re hoping to watch the Super Bowl on Kodi you’re in luck! You can watch Super Bowl LV on Kodi through several official sources. You can even stream the Super Bowl for free through Kodi this year, even if you’re traveling abroad.

The 2021 Super Bowl will only be broadcast through region-locked services. This means if you’re traveling abroad you may need a VPN to access your usual streams on Kodi.

How to watch Super Bowl LV (55) on Kodi from anywhere

Depending on where you live, Super Bowl LV (55) will either be broadcasting through a paid TV service or on a service that’s free-to-air. Regardless of where you are, if you want access to free options through Kodi, you may need a VPN to unlock those streams through Kodi.

Here’s how to watch Super Bowl 2021 streams on Kodi for free with a VPN:

Super Bowl LV (55) will be broadcast live so it’s important to test your VPN before the game starts. You may need to test it on a different service given some of the free live streaming options may not be available until 6:30 PM EST or slightly before then.

How to watch Super Bowl 2021 live on Kodi for free

The BBC will be broadcasting Super Bowl LV live online for UK viewers. As long as you have a UK TV License, you are authorized to view the online stream (although the website only asks you a yes/no if you have one).

Your Firestick is going to be one of the best devices to use for the big game. You can easily watch Super Bowl 55 on your Amazon Fire TV or Fire TV Stick thanks to the available apps and the Silk browser.

The 2021 Super Bowl LV (55) is broadcasting on February 7 starting at 6:30 PM EST. The Kansas City Chiefs are taking the top-seeded position this year, coming into the Super Bowl with a 16-2 record, while the Tampa Bay Buccaneers are squaring up with home field advantage at 14-5.

This will be the Chiefs’ fourth appearance in the Super Bowl, but the team’s second consecutive appearance. A win in this year’s Super Bowl could well indicate a dynasty in the making, replacing the now-fading Patriots.

Nevertheless, the Patriots may be fading, but that’s almost certainly due to the loss of Tom Brady. And, wouldn’t you know it, Brady’s leadership has helped yet another team (the Buccaneers) reach the Super Bowl. Brady is a force to be reckoned with, and his history of dynasty building with the Patriots could put the Chiefs’ dreams in danger.

Given their stronger record going into the game and their year-over-year momentum, betting odds are heavily in favor of a Chiefs win. Still, counting out Brady is a rough bet in and of itself, so some gamblers may walk off with fat wallets this year.